Lumad students ‘rescued’ in Talaingod to remain with DSWD

Nov 30, 2018 8:12 PM PHT
Allan Nawal
Facebook Twitter Copy URL
Copied
Police say, because the group of Satur Ocampo and Party-list Representative France Castro could not show proof of the consent of the parents, they were, in effect, 'trafficking' the 14 Lumad minors 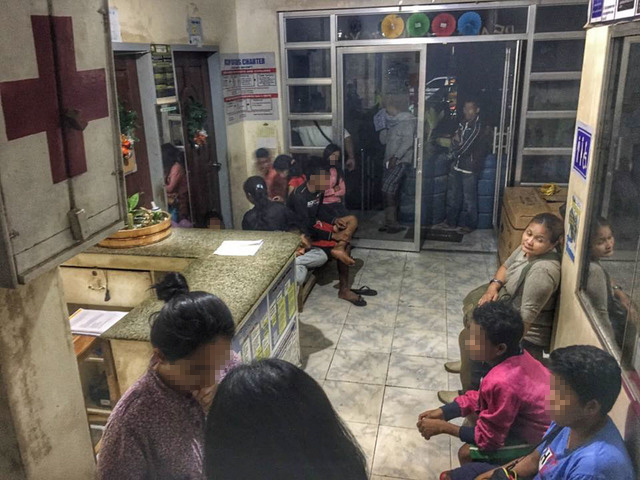 DAVAO CITY, Philippines – The 14 students of a Lumad school in Talaingod, Davao del Norte, who were “rescued” from the group of militant leader and former Bayan Muna Representative Satur Ocampo  would remain under the custody of Department of Social Welfare and Development (DSWD) pending the completion of their counseling session.

Mercedita Jabagat, the Southern Mindanao DSWD chief, said in an interview over RMN-DXDC here Friday, November 30, that the minors would be eventually returned to their parents.

However, individuals claiming a child should present documents that they were indeed the rightful parents, she said.

“We are subjecting them to counseling, where they will be taught of their rights as children,” Jabagat said.

She said while under DSWD custody, the children will be fed and clothed by the government.

Senior Inspector Alarene Fulache, chief of the Davao del Norte police’s Women and Children’s Protection Desk, said Ocampo’s group could not present any parent’s consent when they were found in the company of the children.

“So in effect, they were trafficking the minors,” she said.

She said Ocampo and 17 others, including ACT Teachers Party-list Representative France Castro had already been charged  under the Expanded Anti-Trafficking in Persons Act in relation to RA 7610 or child abuse, kidnapping and failure to return a minor.

Chief Superintendent Marcelo Morales, the Southern Mindanao police chief, said the provincial prosecutor of Davao del Norte had recommended a bail bond of P80,000 for each of the 18 arrested suspects.

Fulache said as of 5 pm Friday, Ocampo and the 17 other arrested suspects remained under custody of the Talaingod police as they have not posted bail yet.

Friday was a holiday and all government offices, including courts were closed. (READ: Makabayan condemns ‘illegal’ arrest of Satur Ocampo, France Castro)

The earliest possible time for Ocampo and the other arrested individuals to post bail would be on Monday, December 3, when the courts open.

Nolasco said the military wanted to shut down the school, which the Department of Education had recognized as a legitimate learning institution for the Lumad in the area. – Rappler.com