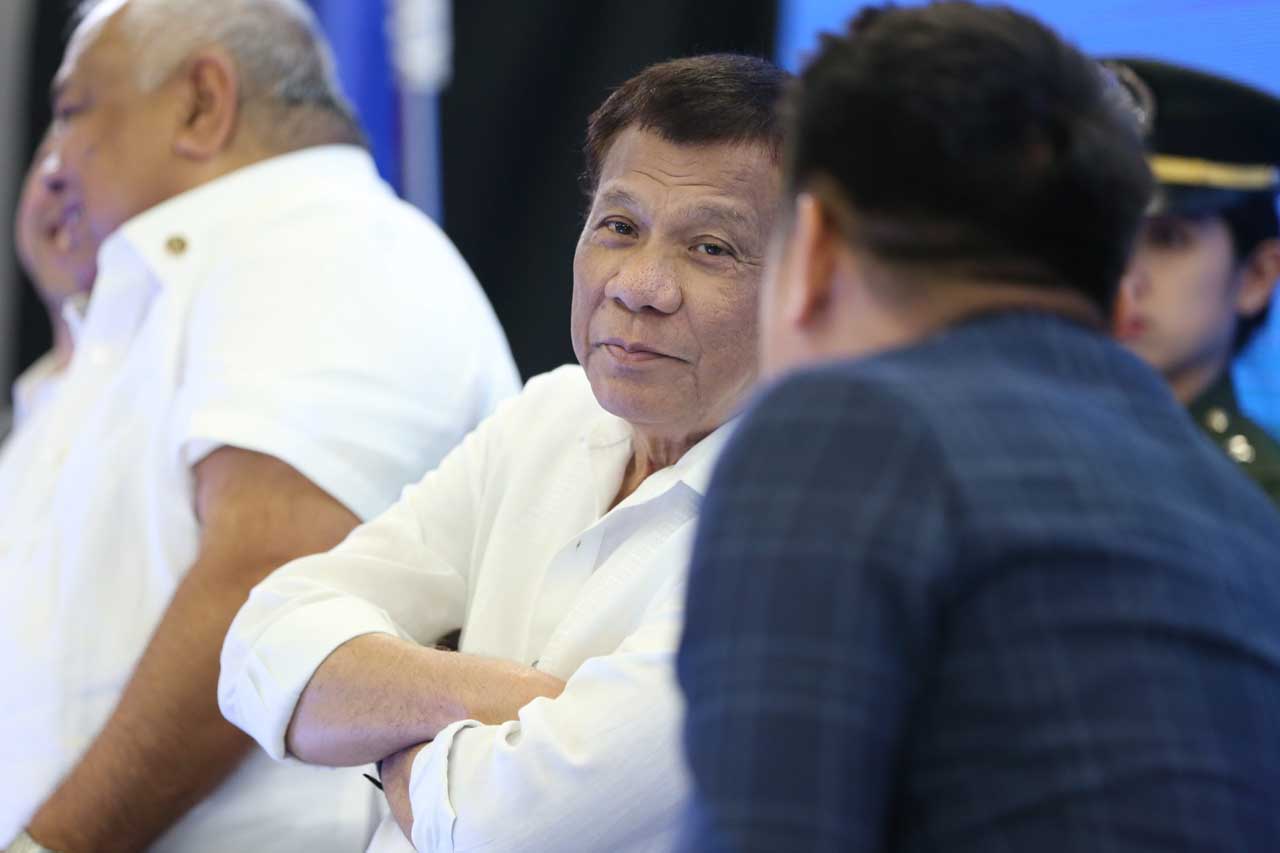 MANILA, Philippines – President Rodrigo Duterte’s spokesman and chief lawyer gave the public a tip on how to tell if the Chief Executive is joking or not.

He said that if Duterte’s remark defies logic, it must be a joke.

“Ang test doon, ‘pag walang logic, nagpapatawa ka. ‘Pag ang audience tumawa, nagpapatawa ka (The test there is, if there’s no logic, you are just joking. If the audience is laughing, you are joking),” Presidential Spokesman Salvador Panelo said in a Malacañang news briefing on Tuesday, December 4.

He was responding to questions on how the public can know if Duterte is joking or not after the President said he uses marijuana to stay awake.

Panelo said the marijuana remark must have been a joke because it was “not logical” since marijuana makes you sleep and not stay awake.

Duterte said on Monday night that he was just joking.

“If I want to joke, I will joke. Joke-joking mo, kung maniwala kayo, gago kayo (If you believe, you are fools),” Duterte had said.

Panelo added on Tuesday that if people who hear the remark are “offended,” it means Duterte was not joking.

The spokesman did not elaborate on this unusual “test,” given that individual members of Duterte’s audience may have different reactions to the President’s remarks.

The Daily Manila Shimbun’s Palace reporter Celerina Monte, for instance, pointed out during the briefing  that she didn’t laugh at Duterte’s marijuana remark even if Panelo and Duterte said it was just a joke.

Entitled to a joke

Panelo also downplayed concerns that the President’s marijuana remarks might cause harm to children who may be driven to think using cannabis is legal.

“They’re incapable of understanding it. There’s no harm,” said Panelo.

He even said children don’t watch Duterte’s speeches, even when they are aired live on television channels and the internet and are written about by reporters.

Like the Duterte spokesmen before him, Panelo changed tact by emphasizing how the President is “entitled” to make jokes.

In previous cases when Duterte’s shocking remarks generated fierce criticism, Malacañang has defended his “right” to make them. Duterte himself has often cited the right to freedom of expression.

Other times Duterte’s “jokes” had been strongly criticized include his many sexist remarks and kill threats. (READ: Not just a joke: The social cost of Duterte’s rape remarks) – Rappler.com