‘Kill bishops, all they do is criticize,’ says Duterte 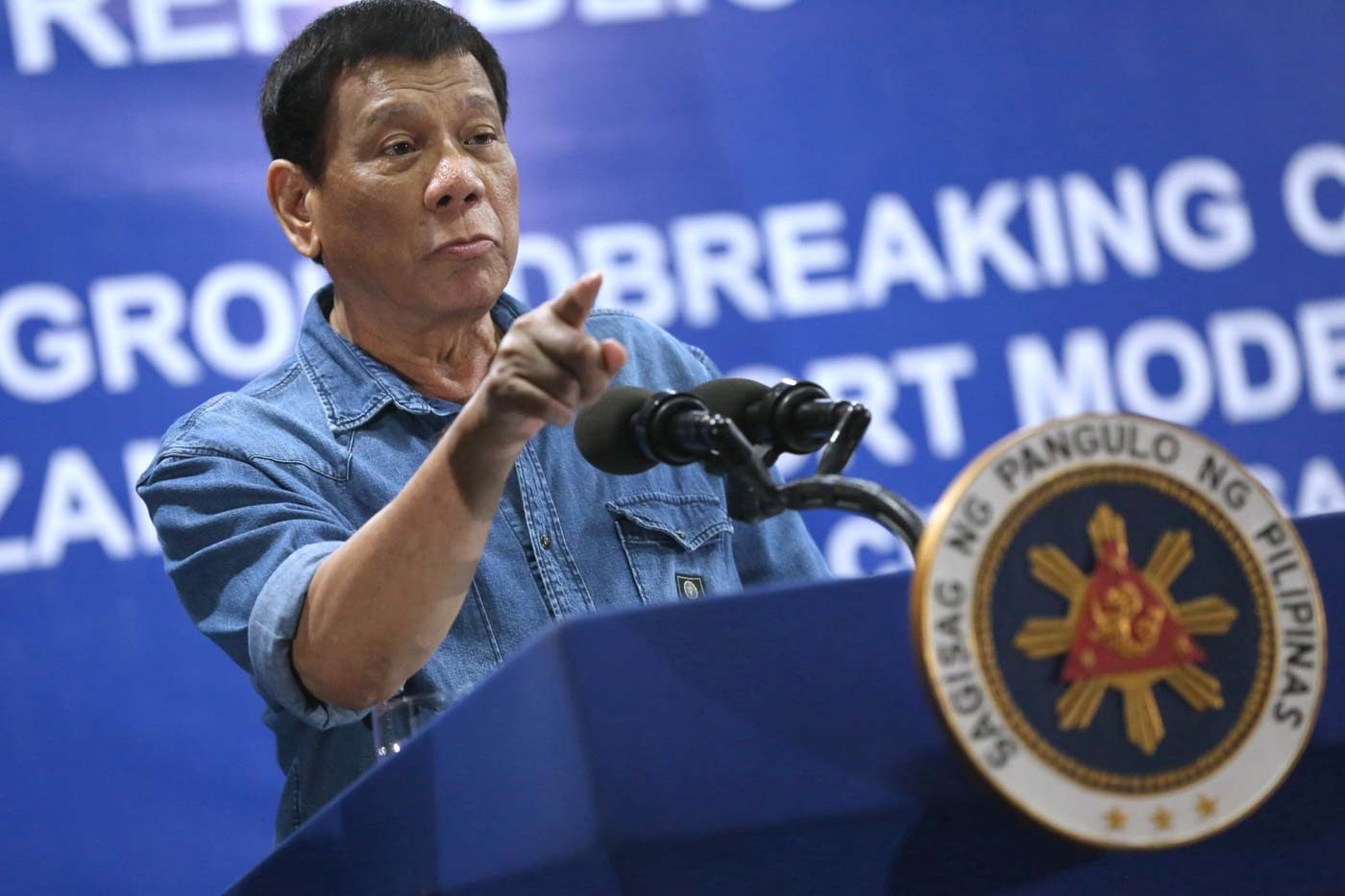 MANILA, Philippines – In a fresh tirade against the Catholic Church in the guise of a joke, President Rodrigo Duterte said bishops should be “killed” for supposedly doing nothing but criticize his administration.

Duterte made the remark at the start of his speech before recipients of the Presidential Award for Child-friendly Municipalities and Cities in Malacañang on Wednesday night, December 5.

After reiterating that he believed in God, the President said, “Pero itong mga obispo ninyo, patayin ninyo, walang silbi ‘yang mga gagong ‘yan (But these bishops, kill them, those fools are good for nothing). All they do is criticize.”

Only a week ago, on November 26, Duterte suggested that Caloocan Bishop Pablo Virgilio David, among the most outspoken Catholic Church leaders against his anti-drugs campaign, is himself into drugs.

This followed his accusation that David was stealing money from church coffers. David had categorically denied the allegations.

Months ago, Duterte had been called out for his verbal tirades against priests which had been followed by a string of brazen murders of priests in different parts of the country.

His call for the killing of bishops on Wednesday was followed by laughter from his audience which, based on Presidential Spokesman Salvador Panelo’s test, would supposedly show that Duterte was merely joking.

Human rights and militant groups have earlier called out Duterte for making off-the-cuff statements inciting violence, which had been dismissed by Palace officials as the President’s signature hyperboles.

In the same speech, Duterte repeated his explanation for his controversial “God is stupid” remark, saying he never said it.

“What I said is, your God is stupid, mine has a lot of common sense That’s what I told the bishops,” he said.

“The Presidency is a God-given gift. I am sure God would not have given me the position if I was a bullshit,” added Duterte. – Rappler.com