Dec 6, 2018 8:50 PM PHT
Camille Elemia
Facebook Twitter Copy URL
Copied
It was former foreign secretary Alan Peter Cayetano who requested it, but Senate Minority Leader Franklin Drilon points out that sports development is not a task for the Department of Foreign Affairs 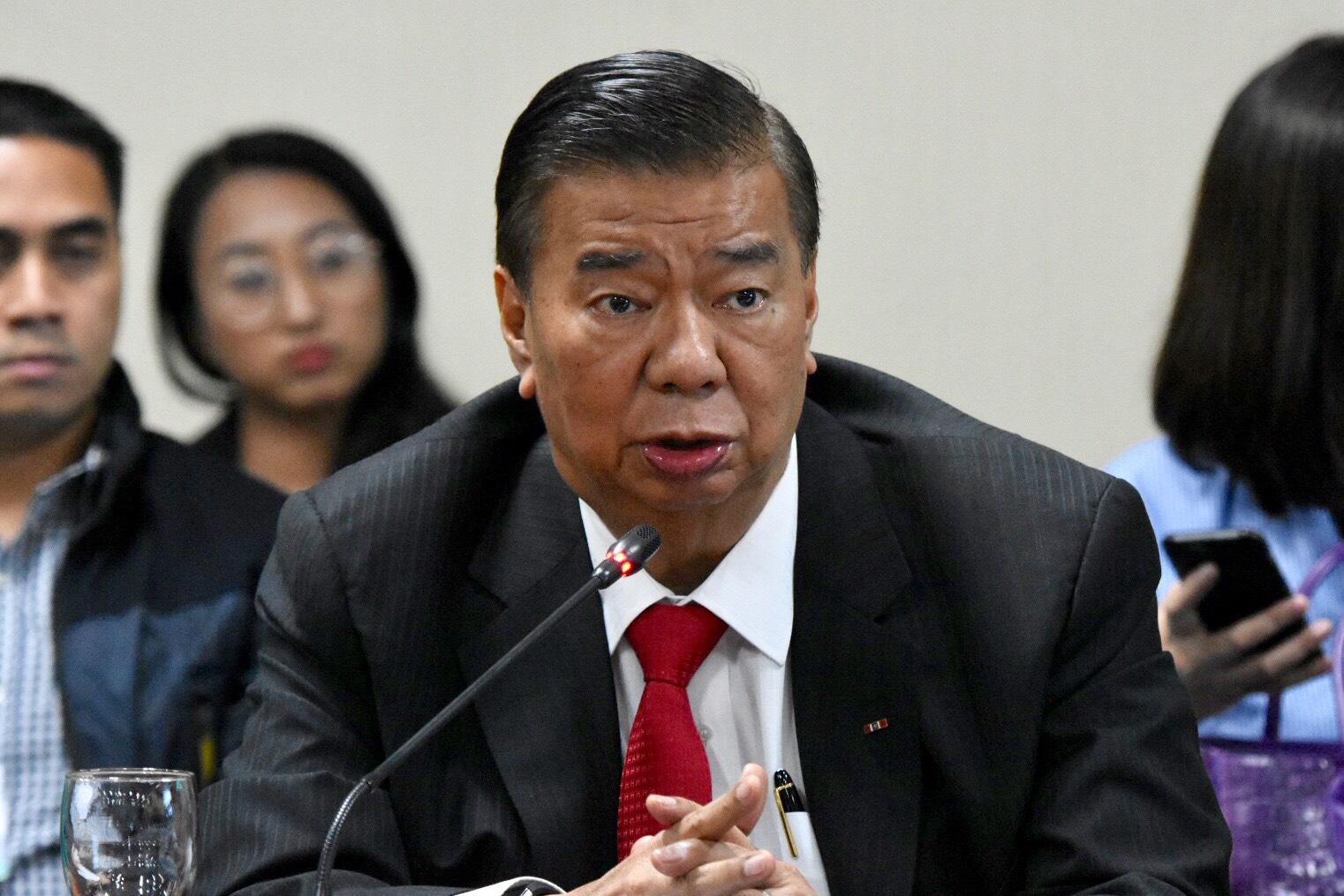 MANILA, Philippines – Senate Minority Leader Franklin Drilon on Thursday, December 6, questioned why the P7.5-billion allocation for the Southeast Asian (SEA) Games next year is lodged in the Department of Foreign Affairs (DFA) budget for 2019.

The information was first revealed during the Senate deliberations on the budget of the Philippine Sports Commission (PSC) early in the day. When it was time to discuss the DFA’s budget, Drilon questioned Senate finance committee chairperson Loren Legarda, who said it was former DFA chief Alan Peter Cayetano who requested it.

“We question the policy behind this because certainly promotion of sports is not part of the mandate of DFA…. This is certainly a little bit surprising,” Drilon said.

The minority senator questioned how such an allocation, originally included in the National Expenditure Program (NEP) of the Duterte administration, was retained even after undergoing House scrutiny.

“But the question that we have in mind is: how did this happen? Why is it that after 3 stages of the budget preparation it still remained in the DFA? Isn’t it obvious that there was some error here, at the very least? Why was it not discovered?” Drilon asked.

“If such a huge amount of funds can be misallocated in an agency which has nothing to do, where the activity has nothing to do with its mandate, I hope that does not prompt us to comb over every item. So our question: how did this happen?” he said.

Legarda replied that it was Foreign Secretary Teodoro Locsin Jr’s predecessor Cayetano who included the item in the agency’s budget. Cayetano, also a former senator, is the chairman of the 2019 SEA Games’ organizing committee.

“Mr president, the former secretary, our former colleague Senator Cayetano, is the chairman of the organizing committee and had requested that it be lodged under [the DFA budget]. So in preparation of the NEP, it was put under DFA. I think he even mentioned this to me,” Legarda said.

But she said it is already “water under the bridge” as Cayetano is no longer DFA chief. Legarda said she and Locsin already agreed to transfer the funds to the PSC, after the latter sent a letter officially advising the Senate to realign the funds to a “competent” agency.

Drilon cautioned against transferring budgets out of “personal preferences” of the heads of agencies.

“I guess what I’m just highlighting is we should exercise caution in doing this thing because we do not move budgets on the basis of personal preferences of the head of the agency,” Drilon said.

In October, Cayetano left his post at the DFA to run for representative of the 1st District of Taguig City-Pateros in 2019. (READ: Alan Peter Cayetano, wife Lani both seeking House seats)

The Philippines will host the 30th SEA Games from November 30 to December 11 next year. It will be holding more than 500 events over 56 sports across 4 main venues – New Clark City Sports Complex, Subic, Manila, and Tagaytay – making it the biggest SEA Games in history. (READ: PH begins countdown to hosting SEA Games 2019) – Rappler.com