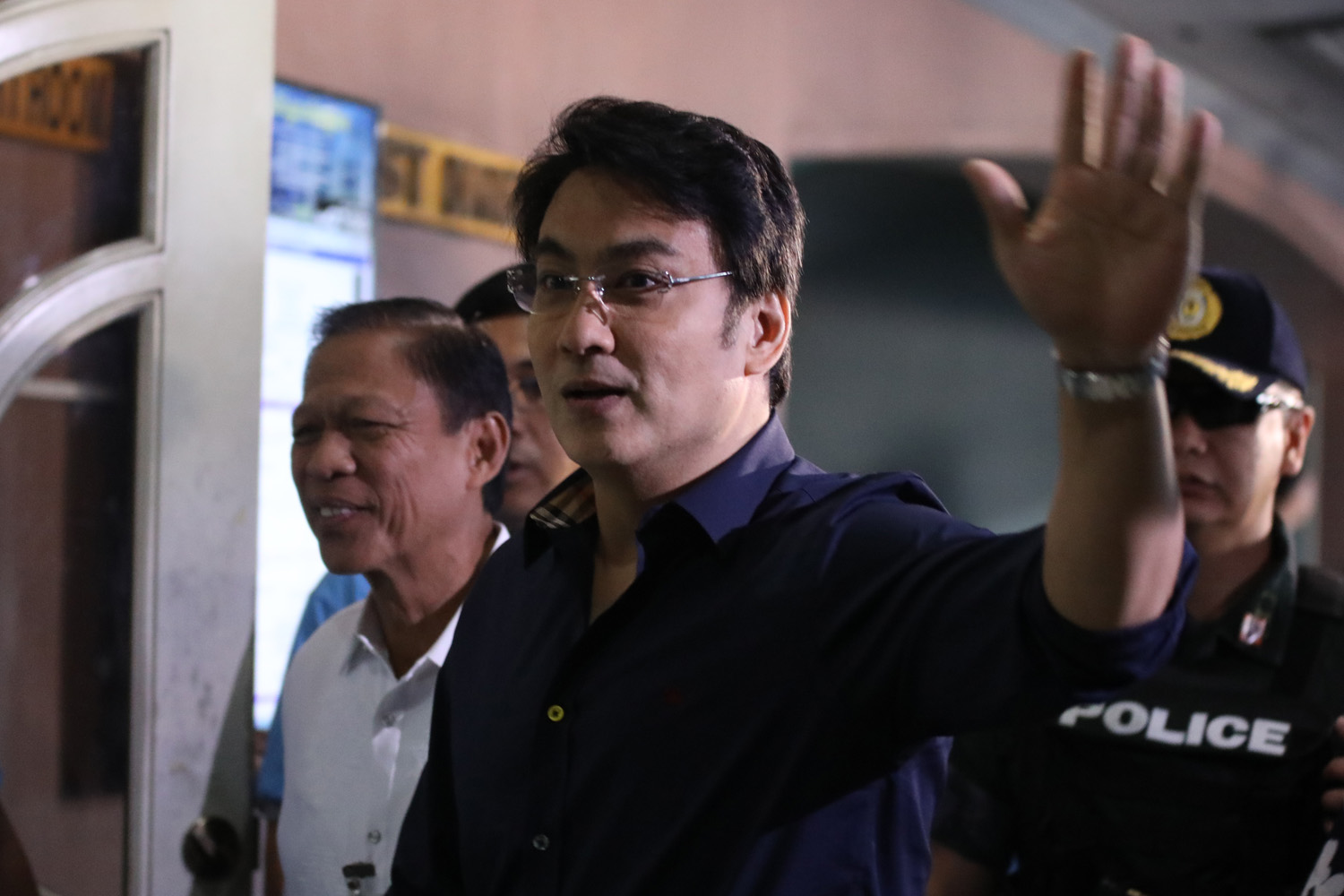 The court’s special first division ruled via majority vote that Revilla is not guilty of earning P224.5 million worth of kickbacks through the pork barrel scam. The anti-graft court also ordered the return of P124.5 million to the Philippine treasury.

Revilla immediately paid bail also on Friday for his still-pending 16 counts of graft. He was returned to Camp Crame while waiting for a release order from the court.

Revilla’s former staff Richard Cambe and businesswoman Janet Lim Napoles were found guilty of plunder and sentenced to reclusion perpetua or imprisonment of at least 20 years and one day up to at most 40 years.

Revilla was accused of funneling his pork barrel through bogus non-governmental organizations (NGOs) linked to Napoles.

Revilla is now free after 4 years of detention, but the graft cases are still undergoing trial.

“It is an unpopular decision. I would have loved to be a heroine, that I convicted him, but at the end of the day we are bound by evidence,” Econg told reporters afterwards.

This marks 4 years of legal battle for Revilla, and marks the first-ever decision in what is arguably the biggest corruption scandal to hit Philippine politics in recent history. Auditors and investigators uncovered a long-running, elaborate scam that used lawmakers’ discretionary funds for projects which turned out to be fake or non-existent.

Revilla’s lawyer Ramon Esguerra confirmed that the court ordered Revilla, Napoles, and Cambe to return P124 million, but said they will appeal this, arguing that Revilla cannot be ordered to return the amount when he was found to have no criminal liability.

The Office of the Ombudsman, under then-chief Conchita Carpio Morales, took the lead in prosecuting more than a hundred cases related to the same scam.

Revilla has filed his candidacy for senator in 2019. – Rappler.com