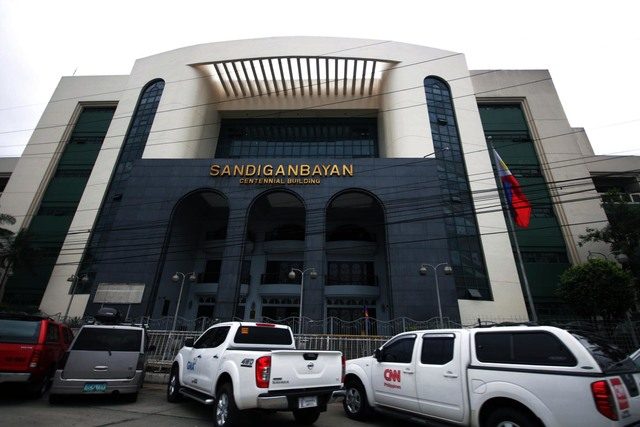 Facebook Twitter Copy URL
Copied
The anti-graft court denies the motions for reconsideration filed by corporations, which were part of the scam

MANILA, Philippines – The Sandiganbayan junked all appeals against the turnover of at least P75 billion in coconut levy funds to the government. (READ: Coco levy fund scam: Gold for the corrupt, crumbs for farmers)

In a resolution dated December 3 but released only on Friday, December 7, the court’s 2nd Division denied the separate motions for reconsideration seeking to stop the turnover of the coco levy funds.

These funds were taxes imposed on farmers during the Marcos administration, but ended up being used for the acquisition and expansion of cronies’ businesses. (READ: The politics of the coco levy scam: From Marcos to Noynoy Aquino)

In rejecting the appeal, the anti-graft court said there were no new arguments or issues raised. Citing the Supreme Court (SC), the Sandiganbayan 2nd Division said an appeal should be denied when it only rehashes previously discussed issues.

“In this case, the parties presented the same arguments that have already been judiciously passed upon and properly considered by the court in its assailed resolution,” the Sandiganbayan said.

Among the contentions in the case were the stocks of the CIIF companies, the 14 holding companies, and the funds, interest, and profits involving the more than 753.8 million preferred shares of San Miguel Corporation now being held in a special account in the Bureau of the Treasury.

The Presidential Commission on Good Government estimated a total of at least P83 billion in assets, including cash worth P75 billion as of 2015.

In its resolution last August 7, the anti-graft court held that the proceeds from the forfeited ill-gotten assets shall be “used only for the benefit of all coconut farmers and for the development of the coconut industry” – a similar declaration of the SC in its 2012 ruling, which was affirmed in December 2014.

The return of the coco levy funds was among the campaign promises of President Rodrigo Duterte. He earlier vowed to return it in his first 100 days, but to no avail.

A law, which would provide for the utilization of the funds, is nearing Duterte’s signature. Farmers, however, oppose the bill for not living up to the President’s promise. (READ: ‘Duterte betrayed us on coco levy promise,’ says farmers group) – Rappler.com