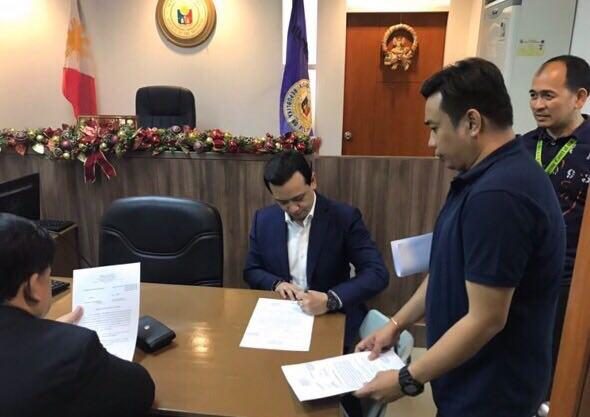 Facebook Twitter Copy URL
Copied
Senator Antonio Trillanes IV posts bail of P96,000 – or P24,000 for each of the 4 counts of libel separately filed by Paolo Duterte and Manases Carpio

The charges stemmed from Trillanes’ accusations linking the two to the smuggling of billions worth of shabu. Paolo Duterte also said Trillanes accused him of engaging in extortion from ride-sharing firm Uber and other companies.

They also accused Trillanes of making “false, baseless, and unfounded” claims that they demanded money from ride-sharing companies, particularly Uber.

Last week, the Makati City Regional Trial Court Branch 150, which handles the rebellion case of the senator, junked the Department of Justice’s motion to reconsider the court’s decision allowing the senator to travel abroad.

Trillanes had also posted a P200,000 travel bond, as he is set to go to Europe and the United States from December 11 to January 11, 2019 for speaking engagements. – Rappler.com