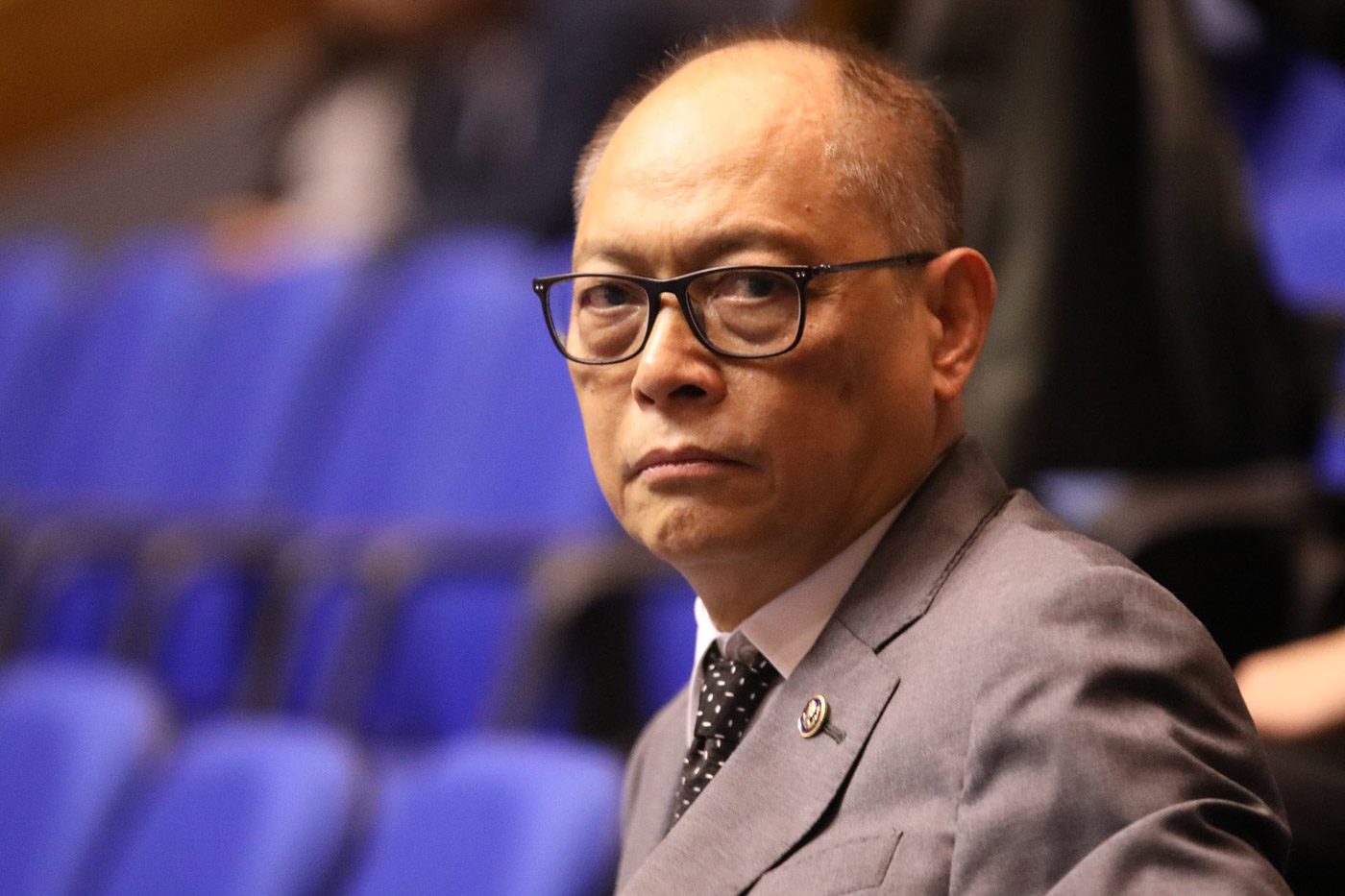 MANILA, Philippines – Budget Secretary Benjamin Diokno denied accusations hurled at him by a ranking House member that he supposedly influenced the approval of P2.8-billion worth of infrastructure projects in Casiguran town and Sorsogon in 2018.

Why would Diokno do it? Supposedly because his daughter is married to the son of Sorsogon Vice Governor Ester Hamor and Casiguran Mayor Edwin Hamor. Ester is running for Sorsogon City mayor in 2019, while her husband is seeking reelection.

Diokno was put in the hot seat by Minority Leader Danilo Suarez during the question hour in the House session on Tuesday, December 11.

Suarez was trying to make Diokno admit that he allegedly used his influence as budget chief so that several roads and flood control projects in Casiguran and Sorsogon would be approved.

“Let me tell you, your honor. I’ve served 3 presidents. I’m known for my integrity, okay? I have no relatives, no friends as far as public affairs are concerned. That’s my reputation. That’s why they call me Dr. No. So I don’t know what your question is all about,” Diokno said.

Suarez did not buy it, saying that he understands Diokno’s alleged motive because of “emotional and family reasons.”

“There is a specific reason and I won’t even blame you for that. It’s emotional and family reasons, that your in-law’s partner is running for a position and they may need help. That’s precisely what you did,” said Suarez.

But Diokno stood his ground and said: “How do you say that? I don’t even know that transaction, your honor. That’s the job of DPWH (Department of Public Works and Highways), not mine!”

The Department of Budget and Management chief said his job involves only the allocation of resources. Disbursements and closer scrutiny of where the money will go is already up to the department concerned.

“What happens to the line departments, that’s not my concern, your honor. As we release documents, we say the use of these funds shall be in accordance to budgeting, accounting, and auditing rules and regulations. The whole government will come to screech, to a halt, if I have to look at every project that’s being done all over the country. That’s not my job. That’s the job of the line department,” said Diokno.

He added that his family does not discuss government projects in their private conversations.

Suarez, however, was not yet done. He then tried to connect Diokno to C.T. Leoncio Construction and Trading, the sole proprietorship that Majority Leader Rolando Andaya Jr accused of bagging billions’ worth of infrastructure projects across several provinces nationwide since 2017.

Suarez asked Diokno if the latter knows about C.T. Leoncio, but Diokno said, “Absolutely [not]. I have not heard of Leoncio.”

The House plenary already agreed to issue a subpoena against a certain Consolacion T. Leoncio, owner of C.T. Leoncio, so lawmakers could probe into the allegations against the construction company. – Rappler.com