‘How to get away with plunder’: Netizens blast Revilla’s acquittal with memes 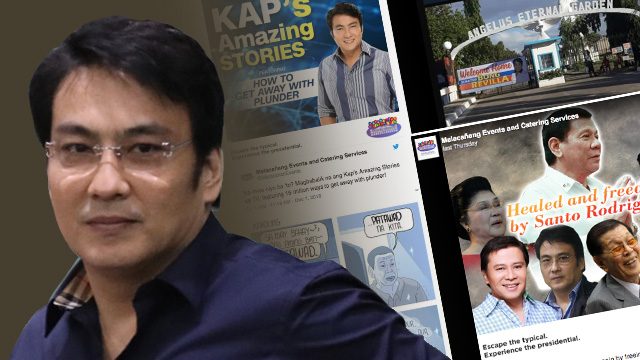 Facebook Twitter Copy URL
Copied
While Bong Revilla praises the verdict on him, netizens say it's one amazing story!

MANILA, Philippines – It’s one of those amazing stories!

The Sandiganbayan special first division ruled via majority vote that Revilla is not guilty of earning P224.5 million worth of kickbacks through the pork barrel scam.

While Sandiganbayan spared Revilla, his former staff Richard Cambe and businesswoman Janet Lim Napoles were found guilty of plunder and sentenced to reclusion perpetua or imprisonment of at least 20 years and one day up to at most 40 years. (READ: TIMELINE: Bong Revilla’s plunder case and the pork barrel scam)

Many netizens felt otherwise as they flooded social media with memes mocking the former senator.

Netizens also played with alleged conspiracy between the Duterte administration and the camp of Revilla.

Here are some of the memes:

What do you think of Revilla’s acquittal? Share your thoughts with us in the comments section below! – Rappler.com