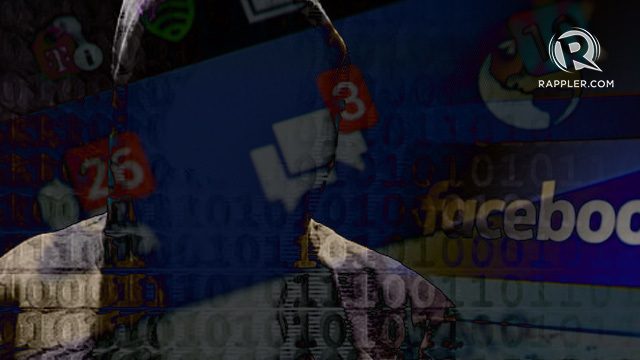 Facebook Twitter Copy URL
Copied
Recruitment efforts and violent extremist messaging are organic and localized, and exploit 'hot button' issues like the Mindanao peace process and alleged military abuses, according to a study

The study, “Understanding Violent Extremism: Message and Recruitment Strategies on Social Media in the Philippines,” was presented on Thursday, December 13, in Pasig City. It is a joint project of The Asia Foundation (TAF) and Rappler.

The study found that most of the violent extremist activities online are opportunistic, unsophisticated, and make use of offline connections. Extremist messaging online, meanwhile, are “hyperlocal,” meaning they tap into grievances arising from issues in the municipal or provincial level in order to create support for their extremist cause.

“We did not find any evidence of an organized, structured campaign. It’s much more organic, more local,” said Gemma Mendoza, head of research and content strategy for Rappler during the presentation of the study.

The study involved a 4-month social media network analysis by Rappler of Facebook groups prominent in Mindanao. Four focus group discussions were conducted in Cotabato City, Zamboanga City, Iligan City, and Manila, involving 122 participants aged 18 to 35 years old and who are all active on Facebook. There were also interviews with experts and individuals who personally experienced online violent extremism.

The findings also came with a set of recommendations for national government, local governments, academe, social media platforms, and religious leaders in how to combat violent extremism given the nature of how it is spread online.

There are 3 ways social media is used to recruit individuals to violent extremist groups, found the study. (READ: How to fight ISIS on social media)

The study focused on Facebook groups because it is the social media platform most used by Muslim Filipinos since it can be accessed for free.

Later on in the conversion or recruitment process, encrypted messaging apps like Telegram are used for sending anonymous and more sensitive messages before physical contact.

“Sometimes the local grievances are used as a trigger by extremist groups to question them (government) and there’s very little evidence that local governments have the skills and expertise to be able to positively respond,” said TAF country representative for the Philippines Sam Chittick.

Extremist messaging was most often seen in the form of comments in threads relating to big news articles about the Bangsamoro peace process or other Mindanao issues.

These hot button issues are:

Part of the conversation

The findings led TAF and Rappler to come up with a list of recommendations which involve timely and nuanced responses to online extremist messaging.

There was a suggestion for Muslim religious leaders to be more active online and to correct misguided interpretations of Islam being spread on social media.

“The digitally-active youth are not familiar with the nuances in these issues. Those who can provide the nuances are not in these spaces. It’s about being there and being able to respond when those messages are posted,” said Mendoza.

“The best messaging is good governance. No amount of messaging will counter good delivery of services, taking care of the people,” Alfonso said.

Other recommendations include improved digital literacy training by universities and harnessing the upcoming plebiscite on the Bangsamoro Organic Law. – Rappler.com