Balangiga Bells back in Eastern Samar for handover 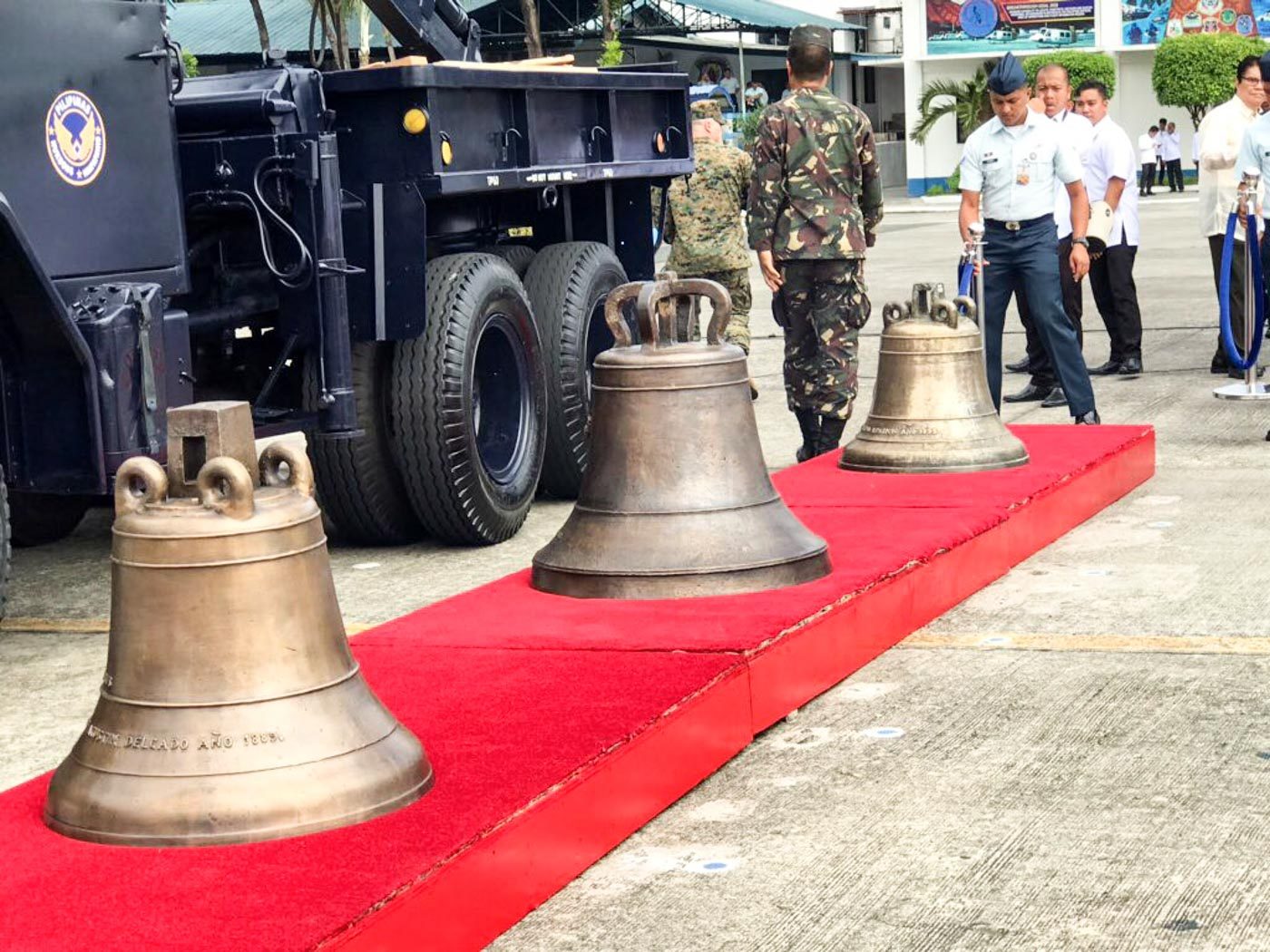 Facebook Twitter Copy URL
Copied
The historic Balangiga Bells arrive in Guiuan, Eastern Samar, to be transported to the town of Balangiga for the formal handover rites on December 15

MANILA, Philippines – The historic Balangiga Bells returned to its home region of Eastern Samar on Friday, December 14, a day before it is formally handed over to the local parish that owns the historic artifacts.

The 3 bells of Balangiga arrived at Guiuan airport in Eastern Samar shortly before 11 am on Friday, as it was brought by a C130 plane of the Philippine Air Force.

From Guiuan, the bells will be brought to the town of Balangiga, which kept the bells before Americans took these as trophies of war in 1901.

There, the bells will be formally handed over to the Church of Saint Lawrence, Deacon and Martyr, through a ceremony on Saturday, December 15.

President Rodrigo Duterte will attend the handover ceremony in Balangiga on Saturday. He will, however, skip the Mass for the event because he detests the Catholic Church and because “I have heard all the Masses in the world.”

This comes after the United States on December 11 returned the Balangiga Bells to the Philippines after 117 years.

The bells had been used to signal a historic siege by Filipinos against American troops, resulting in the US’ worst single defeat in the Philippines. The siege prompted the US to retaliate and turn Balangiga into a “howling wilderness” by killing thousands of locals. (READ: FAST FACTS: Balangiga Massacre)

Days after the US returned the Balangiga Bells to the Philippines, controversy again hounded these artifacts after leaders of the local Catholic Church opposed a proposal to transfer one of the bells to the National Museum.

The proposal came from Senator Juan Miguel Zubiri, who filed Senate Resolution No. 965 “urging the Philippine government to share with the Filipino people one of the Balangiga Bells by placing it in the National Museum.”

In a strongly worded statement on Thursday, December 13, the Diocese of Borongan in Eastern Samar said the bells “belong in the church, not in a museum.” – Rappler.com