Dreaming of a green Christmas? Here are 5 ways to make it more sustainable 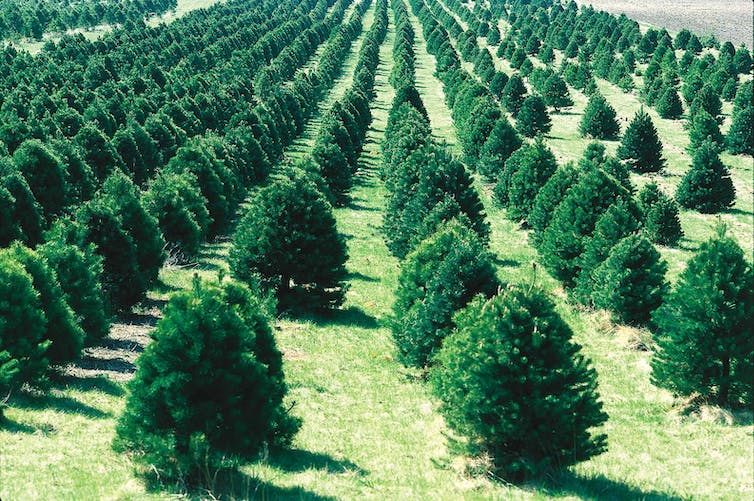 Moderation is the last thing on people’s minds at Christmas. Shopping, traveling and eating reach peak levels – putting pressure on our planet. Even Santa poses a problem. If you don’t believe in flying reindeers, that sleigh must be rocket-fueled to reach the supersonic speeds needed to travel around the world to visit hundreds of millions of children in just one night using conventional engineering.

The example goes to show just how many presents we buy and send each Christmas – creating problems with packaging and transport. And as the population increases, so does the pile of presents. To get round this, presents have got smaller and virtual gifts such as an experience day have risen in popularity.

This has an added benefit of reducing packaging and transport problems. But virtual presents have a carbon footprint too. Electronic downloads still have an impact, as data has to be stored and transferred, using energy. So everything we buy has some impact, even through the electronic process of buying.

So how can we have a greener, more sustainable but generous Christmas? Here are 5 gold circular things!

The amount of food wasted at Christmas has a massive carbon (and water) footprint. Using less and storing excess in a winter wonderland – your freezer – is a great way to avoid waste. If leftover food doesn’t go in the freezer, cooked turkey and vegetables will keep for up to 3 days in the fridge. 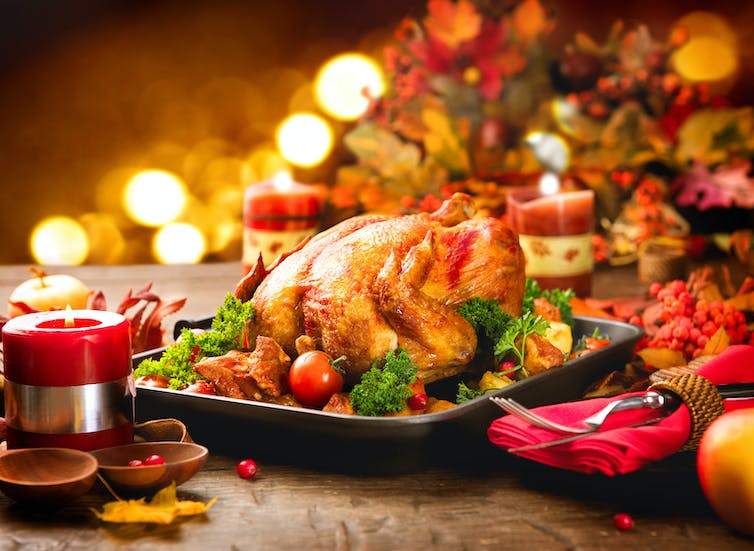 However, not producing excess in the first place is the best way to avoid waste. Portion size is a big part of this and so is cooking things you actually like. Just because something is traditional does not make it compulsory. For instance, sprouts can be very controversial – so, if you don’t like them, skip them. You could also try an alternative to the traditional meat option, such as a nut roast. Vegetarian and vegan choices at the Christmas dinner table can massively cut the impact of your Christmas.

2. Cut down on packaging

Lower the impact of gifts through choices of paper and packaging. A lot of seasonal wrapping is non-recyclable as it is coated in plastic. This is concerning as plastic tends to spread everywhere – it has even been detected at the North Pole. A better approach would be to use wrapping paper made entirely out of paper. Gift bags are another great option – they can be reused and therefore help cut a massive amount of waste.

You can give twice if you buy your presents second hand from charity shops – supporting worthwhile projects while also reducing consumption. You can also buy locally produced goods and support your local economy. Buying second hand potentially halves the carbon footprint. A typical T-shirt alone has a footprint of around 8.77 kilograms of carbon dioxide and 2700 liters of water. If 1% of the 55.6 million people in England alone bought just one second-hand T-shirt instead of a new one, they would be saving around 4.9 million tons of carbon dioxide, the equivalent of driving 1,049 passenger cars for a year, and a whopping 1.5 billion liters of water.

Christmas decorations and fashion are basically the same every year. So celebrate your Christmas collection and reuse it, over and over again. It is a tragedy that only one in four Christmas jumpers are ever reused. According to the Carbon Trust, an artificial tree needs to be used around 10 times to have an equivalent footprint as its real counterpart.

5. It’s the thought that counts

There are few holidays that are so focused on being caring, helpful, and generous as Christmas. So celebrate this and try to avoid buying unnecessary stuff that people don’t want anyway. Donations and acts of kindness really lighten the load on that sleigh. A colleague once bought me a toilet for a family in Sierra Leone. No wrapping, no plastic: the best present ever – and Santa didn’t have to lift a finger!

Sharon George is a Lecturer in Environmental Science at Keele University.