IN PHOTOS: Miss Universe 2018 Catriona Gray back in Manila 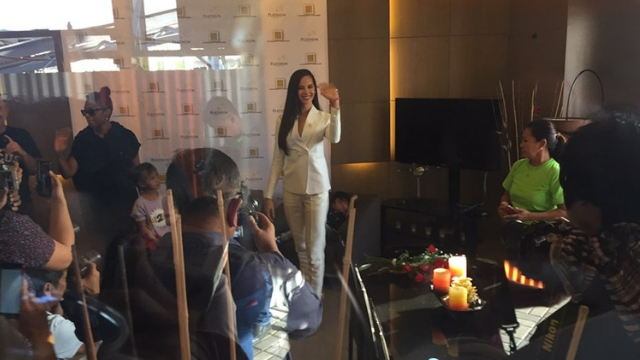 MANILA, Philippines –Miss Universe 2018 Catriona Gray is back in Manila on Wednesday, December 19, two days after winning the country’s 4th crown in the competition.

The Filipino-Australian beauty arrived via a private jet plane from Bangkok accompanied by architect Richelle Singsong-Michael, who was a judge at the competition and former Ilocos Sur governor Luis “Chavit” Singson.

She was met by a crowd and the media and airport personnel who cheered her on as they made their way to the press conference area, where Catriona delivered a short message to the press. 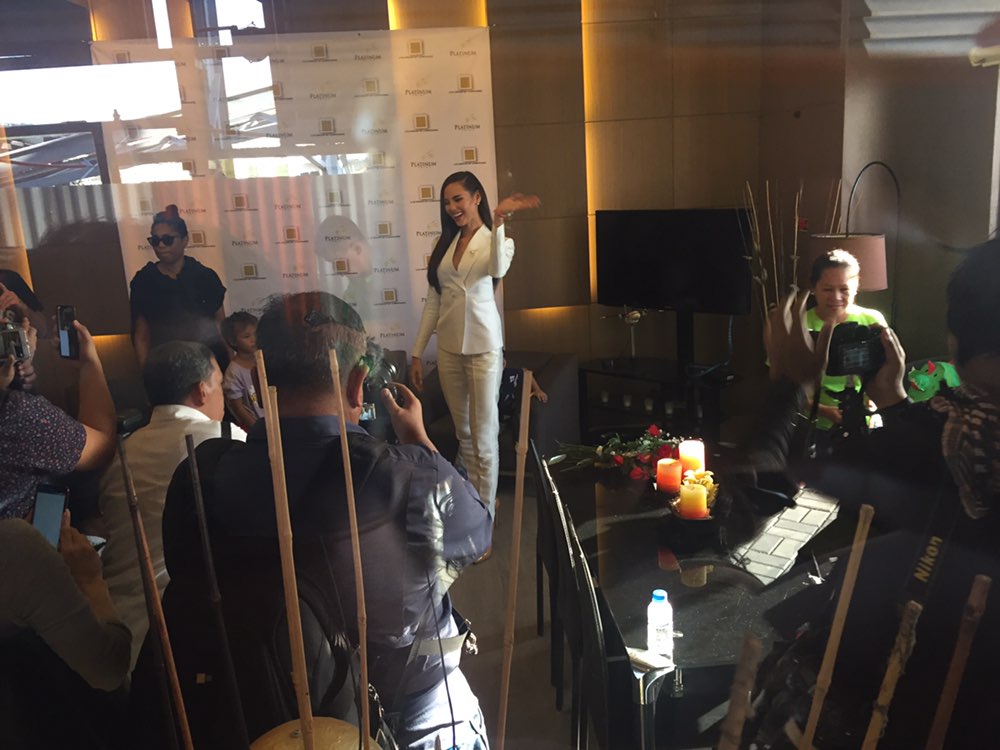 “I’m excited to be part of Gov’s [Chavit Singson] charity project tomorrow. It is the season of giving, it is Christmas so I really look forward to take part in that and also hopefully inspiring everyone to get in the spirit of giving this Christmas,” she said.

Catirona also quickly introduced the owners and founders of Young Focus, the Tondo-based organization she supports. They then spoke quickly about the charity, which helps underprivileged youth in Tondo by providing them with school supplies, uniforms, and financial assistance. 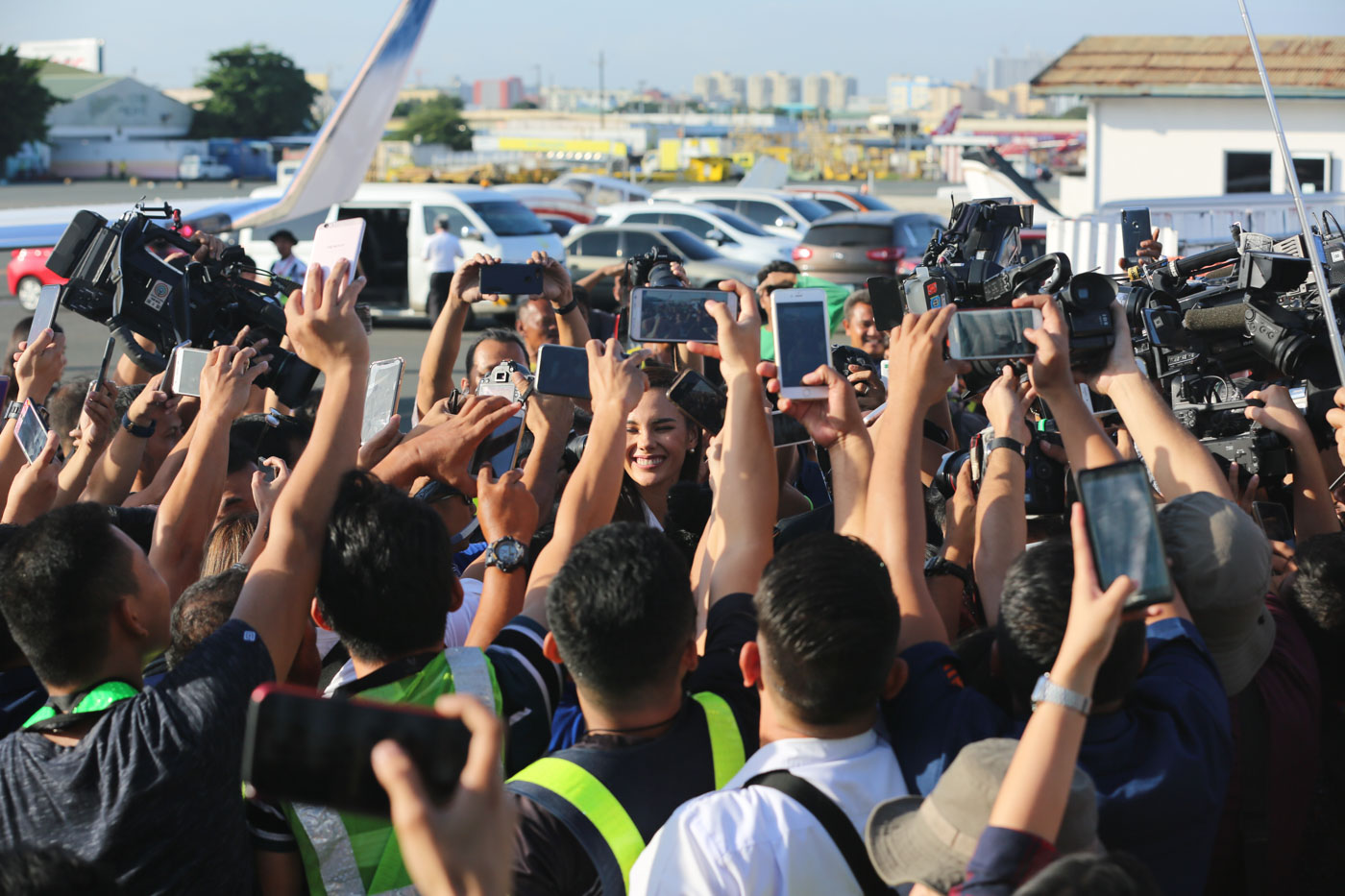 Catriona said that her Christmas message to Filipinos was that she hopes they get into the “spirit of giving” this season.

“Open up your heart to a neighbour, to a cause, to a charity near you because Christmas should be enjoyed by all no matter where you’re from, who you are, what you have. It really is a time for family and for giving so please do get in the spirit of Christmas,” she said.

“I’m so happy to be back and to see everyone and to be back home in the Philippines,” she added. 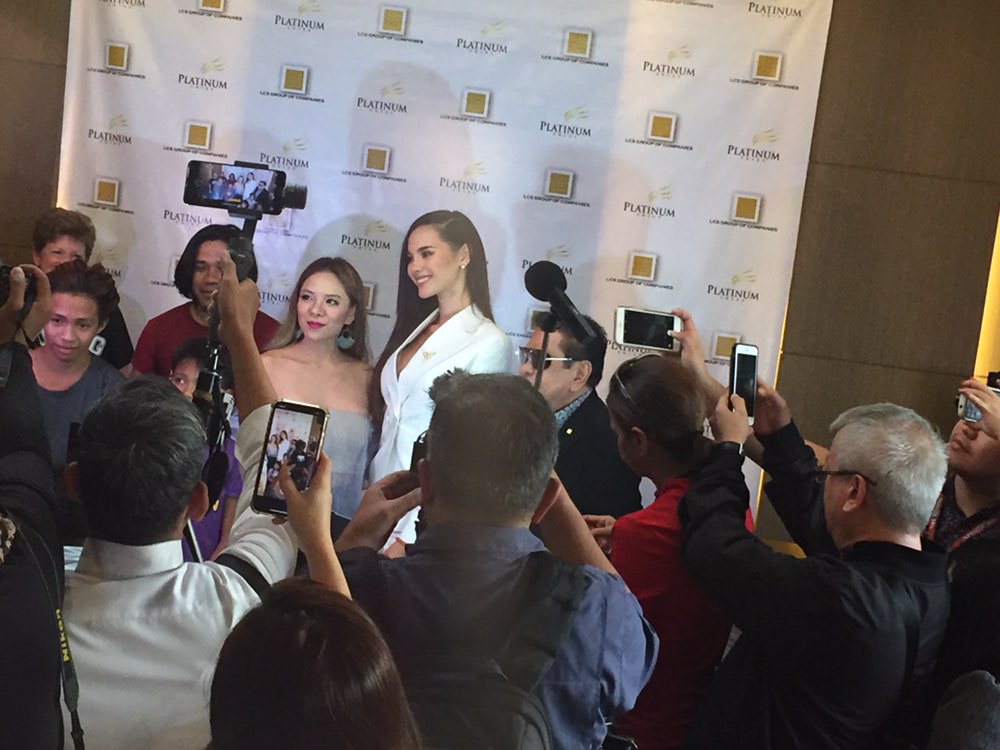 When asked about her Christmas plans, Catriona said she wasn’t sure if she was spending Christmas in the Philippines, but “as long as I’m with my family, masaya ako (I’m happy).”

It’s going to be a very quick trip home for Catriona – she’ll be flying to New York, her home for the next year, by Thursday, December 20. Richelle said her formal homecoming will happen in a “few weeks” yet. 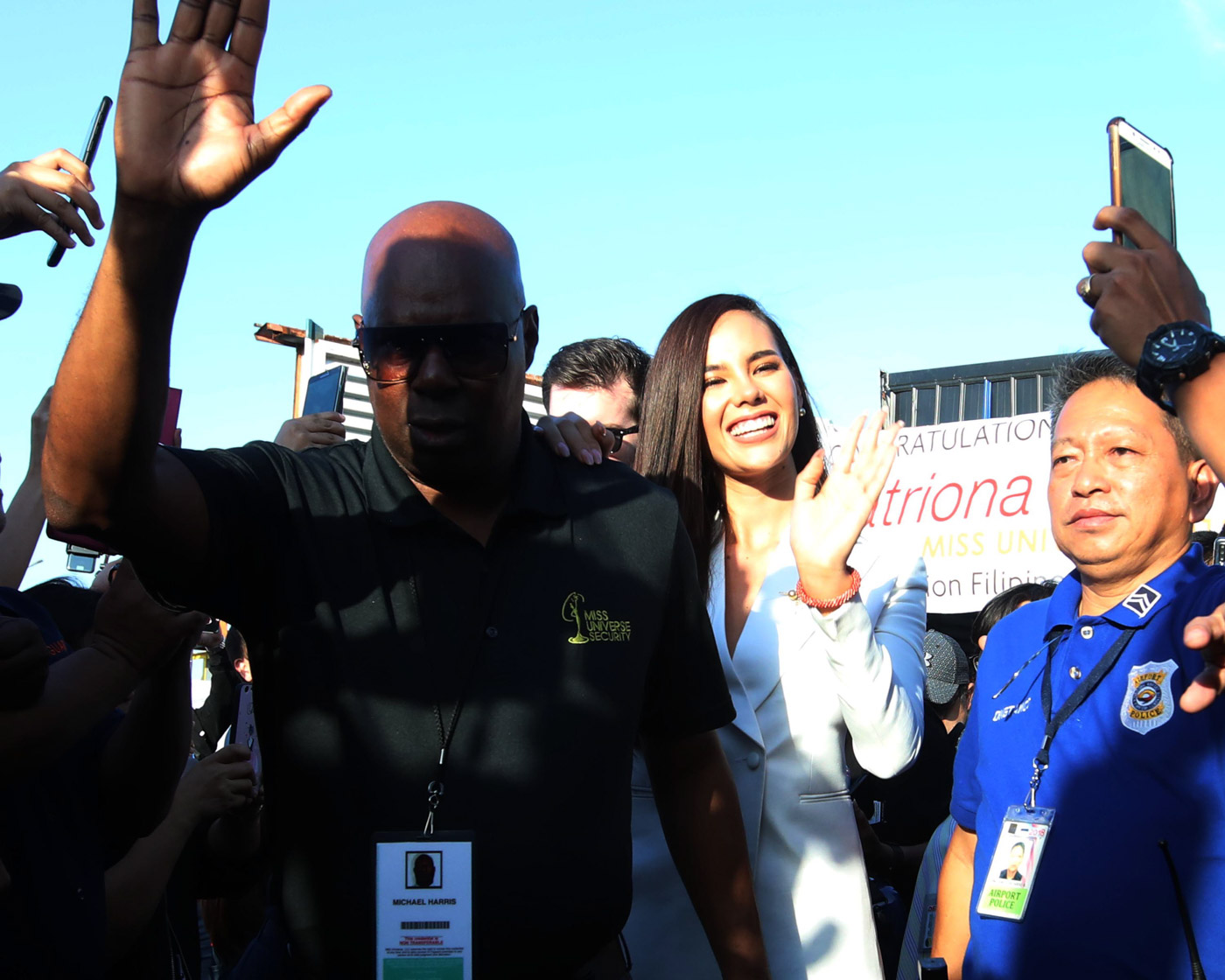 Richelle explained they had always planned to bring Catriona back to the Philippines right away, whether or not she had won the Miss Universe 2018 crown. – Rappler.com