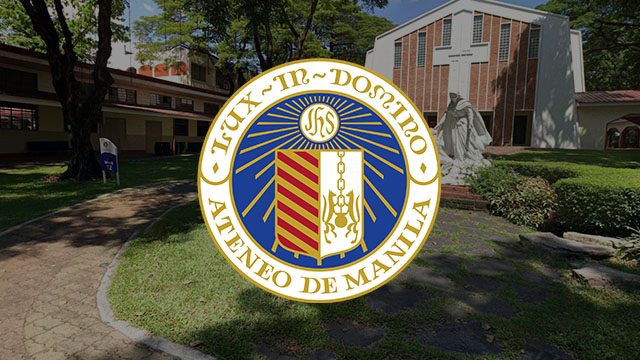 Facebook Twitter Copy URL
Copied
(UPDATED) Some senators, however, blame the parents while others want Senator Manny Pacquiao to bring sense to the minor

On Friday, December 21, senators Francis Pangilinan and Nancy Binay made the appeal, following the spread of the boy’s video, wherein he was seen using martial arts to hurt other students.

“We are angry with a bully and rightfully so yet in our anger we bully him on Facebook? If so, then we are no different from the bully we despise and reject,” Pangilinan said on Facebook.

“The bully must account for his acts definitely but we should never, never become the monster we seek to slay,” he added.

Pangilinan said bullying should never be tolerated but the punishment should be child-appropriate and consistent with Republic Act 10627 or the Anti-bullying Law.

While she condemned the incident, Binay decried the “vicious cycle of bullying” on social media.

“We must condemn all forms of bullying. But what’s bothersome, though, is the vicious cycle of bullying. Bullying does not end by bullying the bully. It only worsens the culture of hate,” Binay said in a statement.

“Nakakalungkot lang dahil ang social media has become infected by hatred. (It’s saddening that social media has become infected by hatred.) Instead of being an instrument of healing, it has become a place of torment. Bullying will continue to grow if we behave like bullies. Shaming the bully is not the solution. Let’s strive to heal even the tormentors, and work for a bully-free society,” she added.

“When we face incidents of bullying, especially involving children, there is only one legitimate goal: to stop the bullying. It is not to seek retribution. It is not to shame and punish per se. Any shame and punishment that an apparent “bully” might experience should be secondary to their understanding that what they did was wrong, and that they should never do it again. Punishment, especially in this case, should be a means to an end: to end the cycle of bullying,” De Lima said.

“He and his victims all deserve a shot at a better future. They all have to know why it happened, so they can prevent it from happening again. And we, as a society, can better help others who are in the same situation. Otherwise, the cycle will never end. All we’ll be good at is at passing judgment, and collecting internet points,” the senator added.

“The responsibility of raising one’s child rests on the parents. Students of Martial arts are taught to use their skills only for self defense and never for aggression. I myself was at one time a Taekwondo student which is why I know the discipline that is being taught,” Ejercito said.

“Problem most likely is that parents either tolerated the attitude or simply failed to inculcate correct values and behavior. The kid needs psychiatric help given the numerous times he has been involved in bullying other kids,” he added.

(I will tell my colleague Senator Manny Pacquiao to talk to this Ateneo bully. I think this bully will not be able to resist him and might realize the bad thing he did to his fellow students.)

(It seems we failed as guardians of children – in terms of treating others with respect, dignity, and love. It is important to follow the rules when it comes to this incident but it is more important to talk about and ensure protection for our children, and how to promote a society that has respect and love for others.)