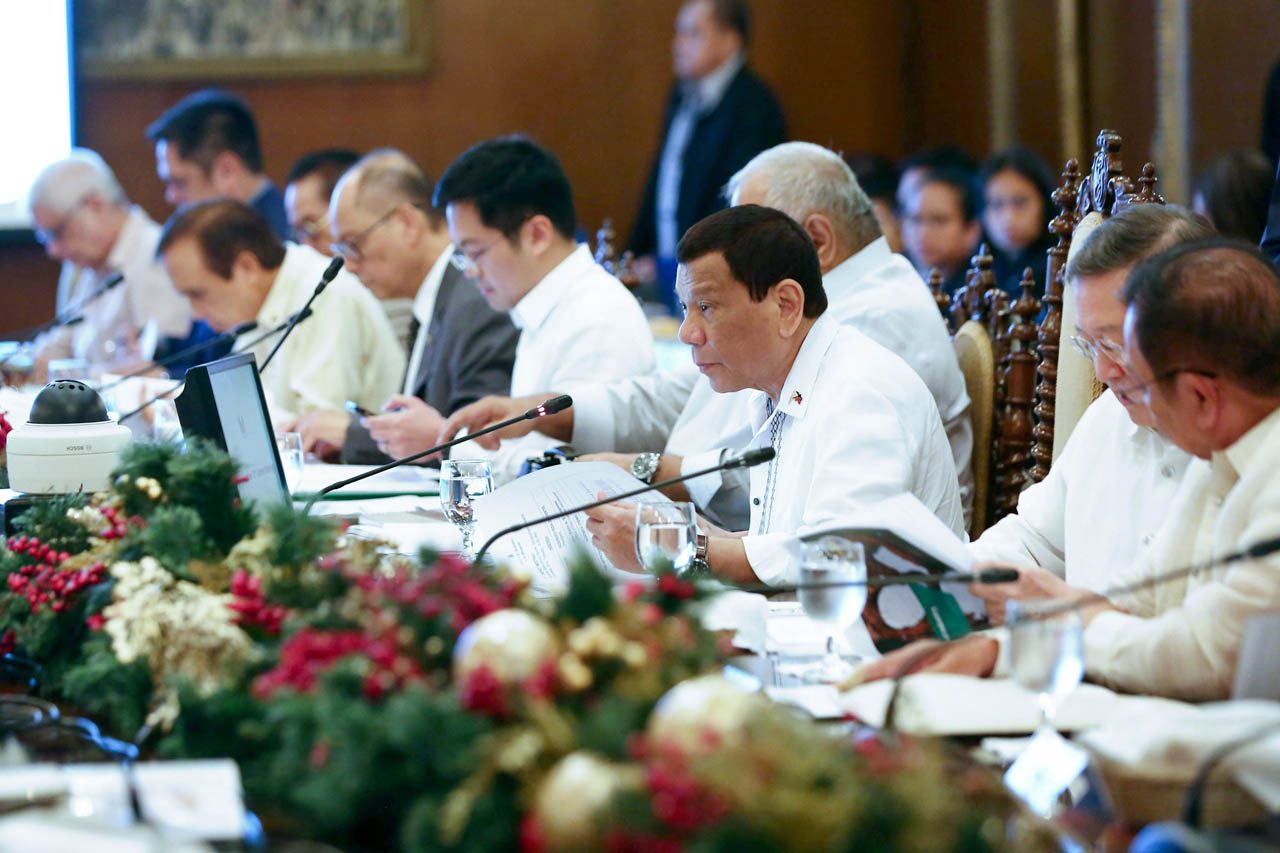 MANILA, Philippines – Malacañang ordered the suspension of work in government offices nationwide on December 26, or Wednesday next week.

In the memorandum, Malacañang said the suspension would give government employees “full opportunity to celebrate…with their families and loved ones.”

December 25, Christmas Day, is already a regular holiday for the Philippines, a predominantly Catholic nation.

Agencies whose functions involve the delivery of basic and health services and other vital services of the government will continue their operations.

“The suspension of work on the same date in other branches of government and in independent commissions or bodies, as well as in private companies and offices, is left to the sound discretion of their respective heads/management,” the Palace added.

Below is a copy of the memorandum. 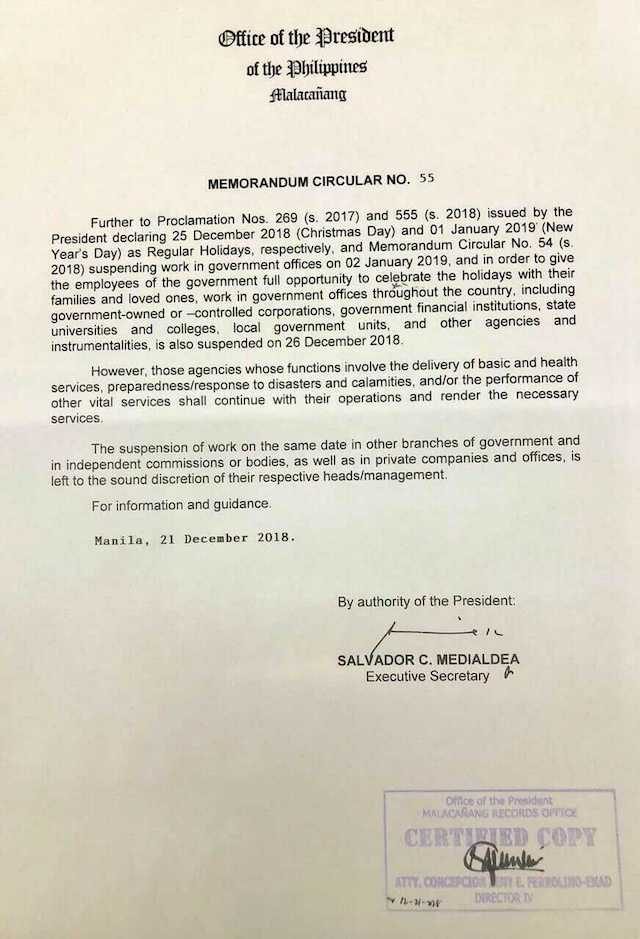