Dec 23, 2018 11:49 AM PHT
Rappler.com
Facebook Twitter Copy URL
Copied
Ateneo president Father Jett Villarin also asks the public not to be part of the cycle of bullying: 'We can begin by refusing to add fuel to the fire and helping our children and one another heal' 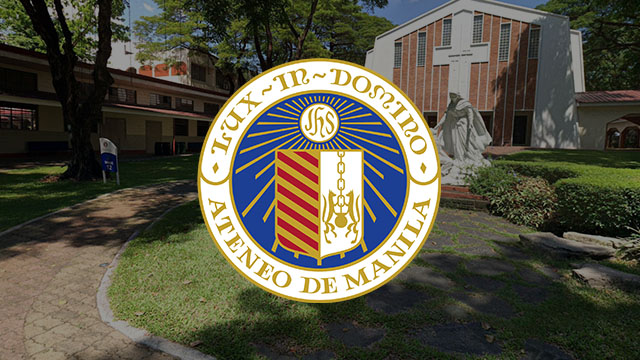 “After a thorough investigation that included listening to all parties involved, the decision of the administration is to impose the penalty of DISMISSAL on the student caught bullying another student in the comfort room of the school,” he said in a statement posted on Ateneo de Manila University’s Twitter and Facebook on Sunday.

Villarin also announced the creation of a task force to “conduct a comprehensive study” of how Ateneo’s anti-bullying policies and processes are implemented. He was referring to policies in Ateneo’s Student Handbook.

The task force will also audit these policies and make recommendations on how to create a bully-free environment. (READ: DepEd reminds schools of anti-bullying policies after Ateneo Junior HS incident)

In the same message, Villarin urged the public not to be part of the cycle of bullying. After videos of the bullying incident went viral, netizens have also made threats of violence  against the bully student and have spread his name, even his personal information and address, despite him being a minor.

“We can summon the courage to stop fighting one another. We have that power too. We can begin by refusing to add fuel to the fire and helping our children and one another heal,” said Villarin.

He warned that “violent words and example” only wound young students.

“We have the power to amplify the pain by simply fanning the flames of hatred and violence, by fighting fire with fire. Our young ones cannot escape all this unscathed,” said Villarin.

Videos of the bullying sparked a national conversation where even Malacañang weighed in, calling for a thorough investigation.

The parents of the student who was bullied called on the help of the police who said the other student could not be held criminally liable because he is 14 years old, or one year short of criminal liability. (READ: Lower age of criminal liability? Here’s why psychologists are against it)

The controversy, however, appeared to spiral out of control as netizens began to also threaten the bully with violence. Even Foreign Secretary Teodoro Locsin Jr joined in the fray, saying the student “should be beaten senseless.”

Some senators called for sobriety, saying those who resort to such language are themselves behaving like bullies.

When it was found that the student used taekwondo moves to beat his fellow student, the Philippine Taekwondo Association (PTA) announced it was investigating whether or not the youth should be stripped of his belt. – Pia Ranada/Rappler.com