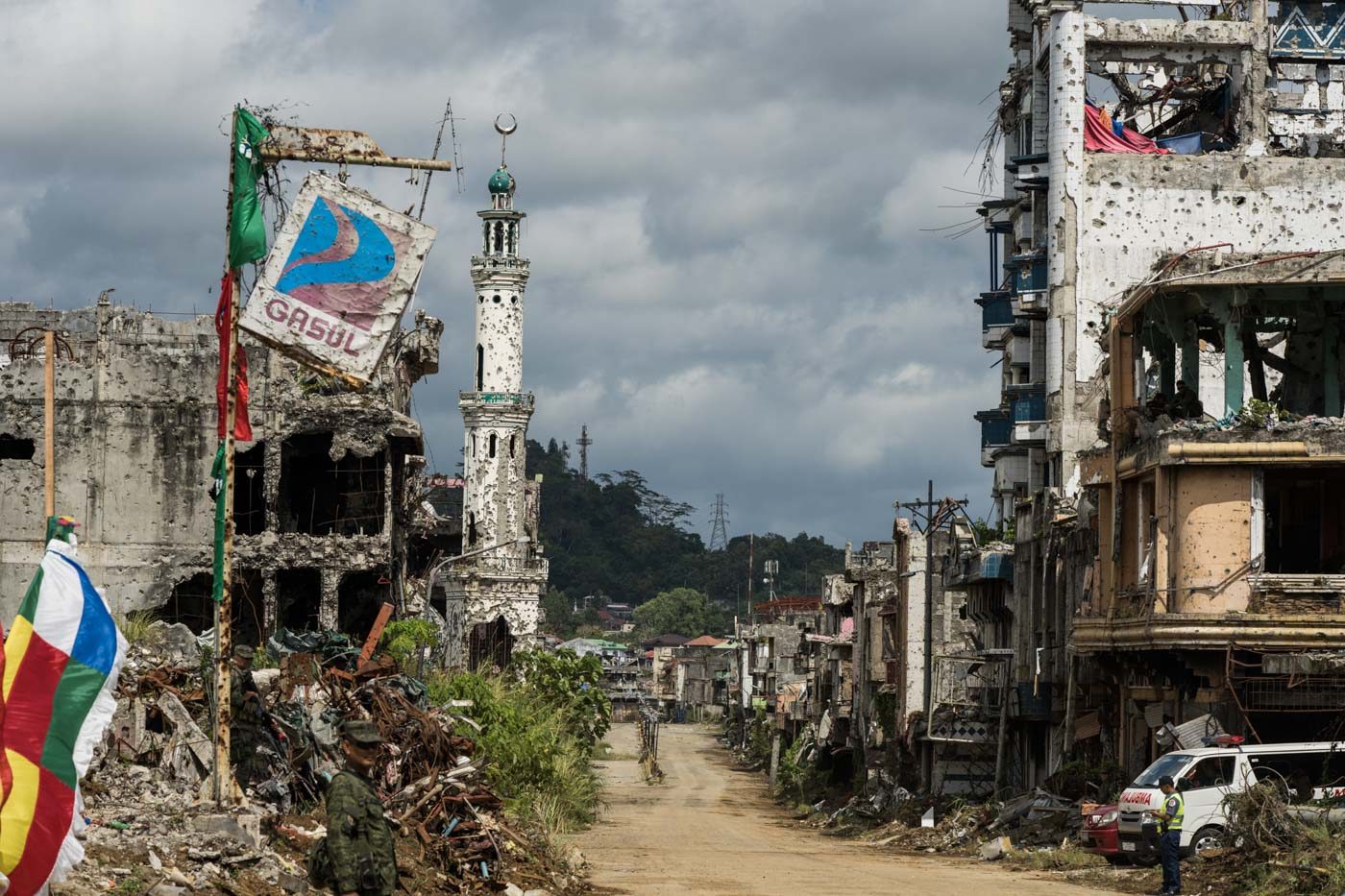 MANILA, Philippines – President Rodrigo Duterte himself promised them livelihood assistance and scholarship for the children when he met them in Marawi City in October 2017, when they were rescued from their captors.

Two Christmases later, dozens of surviving hostages from the Marawi siege continue to wait in vain.

Merlinda Obedencio, mother of two former hostages, is appealing to President Duterte for help. She lost her husband and her 13-year-old son to the siege.

She and her remaining children are trying to rebuild their lives. “Mahirap ang buhay. Kagabi nga, wala kami maihanda sa bahay (Life is hard. We didn’t even have anything to prepare last night [for noche buena],” said Obedencio.

The Obedencios are among the Christian residents of Marawi City who were taken by the Maute Group to perform various roles during the siege. There are dozens of them who have been meeting regularly, approaching local government officials in the hope of getting the help they were promised.

They went around looking for groups to host them for a Christmas party this year, but Obedencio said they failed to get money for a small gathering.

“Marami kaming na-biyuda. Naiwan po ang mga anak (Many of us in the group are widows. The children are left behind),” she said.

They continue to wait in vain, like other victims of the siege who await government promises of immediate rehabilitation of the city.

(The President met with the survivors after they were rescued. They [Malacañang officials] promised to provide livelihood assistance to survivors and scholarships for the children. It’s been a year but we have not received anything. The problem is we don’t have stable jobs.)

The Obedencios belonged to the group of survivors featured in a Malacañang video in October to showcase government progress on the ground on the 5th month of the clashes. The key leaders were killed and the siege ended a few days later. (READ: Marawi terrorist raped 15-year-old hostage in front of mother)

The hostages spoke of the trauma of avoiding air strikes, retrieving the dead among the Maute Group, collecting gunpowder for recycling, and even being forced to take arms and face the soldiers as human shield.

Life for the survivors is a different kind of trauma. Obedencio is worried about her daughter, who was recently diagnosed with Stage 3 depression.

She thought she had recovered from her traumatic experience during the siege after a counseling session from the church. But lately she found her daughter becoming aloof again and keeping to herself.

Her son wanted to be a soldier and was brought to Manila but has not been accepted. Obedencio said she has “not made the quota” yet.

An international NGO had been checking on them and attending to their medical needs. But Obedencio said they need regular jobs. – Rappler.com