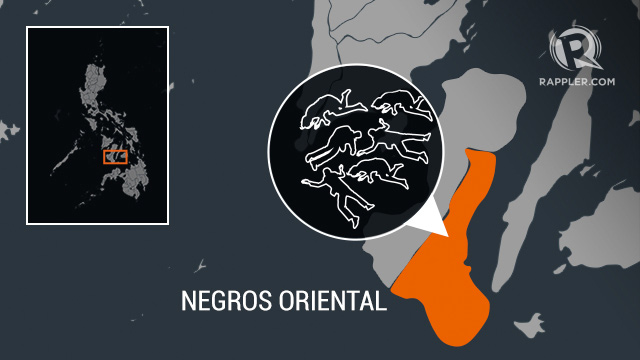 NEGROS ORIENTAL, Philippines (UPDATED) – At least 6 people died while 31 were arrested in the ongoing simultaneous police operations here that started at the stroke of midnight on Thursday, December 27.

He could not confirm if the killed suspects were rebels.

As of Thursday night, 38 operations were conducted.

Tacaca said most of the operations were against loose firearms due to indiscriminate firing incidents in the province, as well as killings and other criminal cases.

He said it was unfortunate there were fatalities during the operations, but the police only defended themselves against these lawless elements, whom they considered armed and dangerous.

The Apolinario Gatmaitan Command of the New People’s Army (NPA), in a statement, claimed the authorities violated the rights of the civilians during the operations.

The rebels claimed that the fatalities and the arrested individuals were innocent. They also accused state forces of ransacking several homes in the villages they visited.

Tacaca denied the allegations of the rebels, saying they did not commit any violations as their operations have a basis.

“We followed the process in the implementation of search warrants and service of arrest warrants, but they resisted arrest,” he said.

More troops were deployed to Guihulngan City, which was invested with communist rebels, as the police operations continue in the locality.