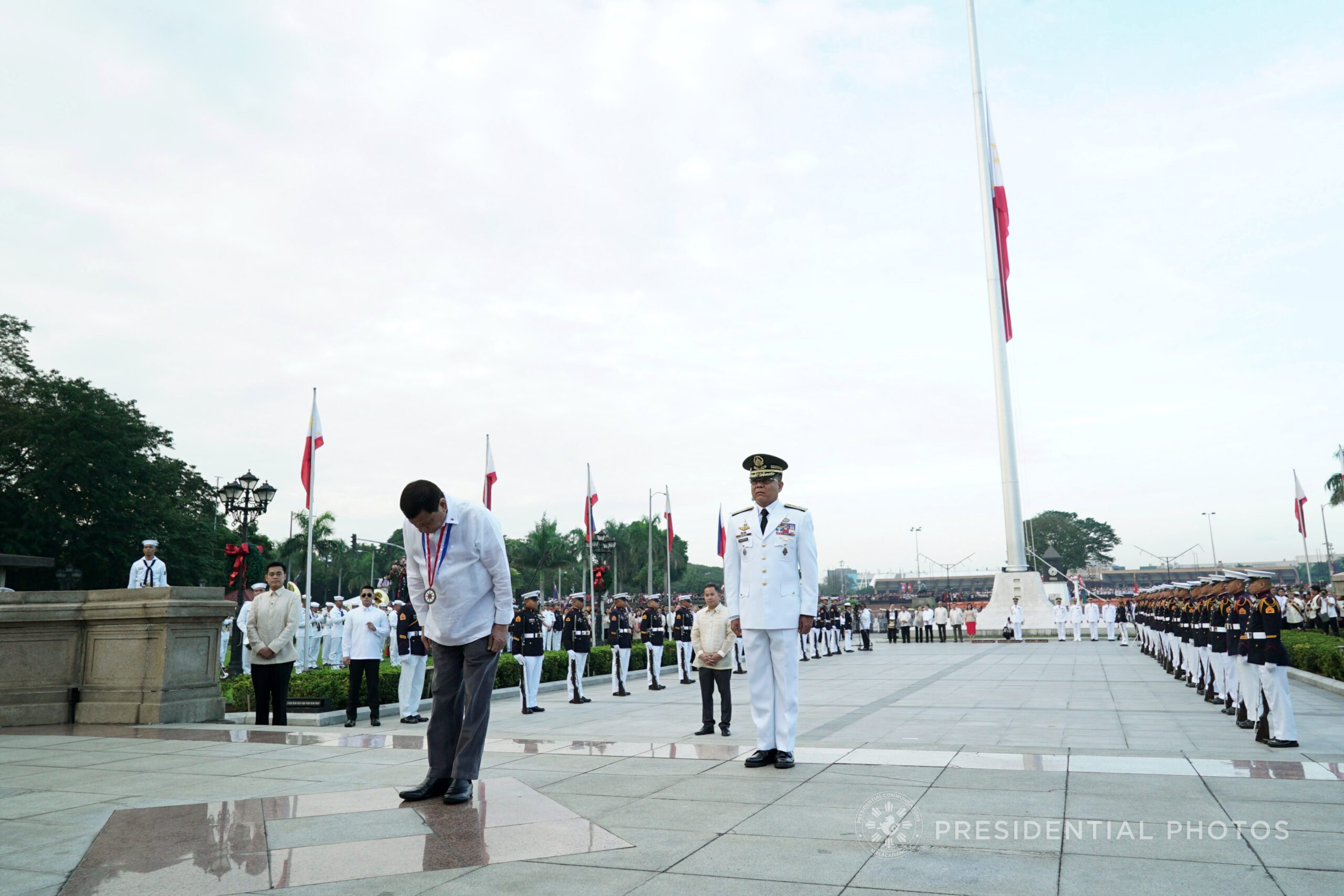 Facebook Twitter Copy URL
Copied
(UPDATED) In a prepared speech read by his daughter, Duterte urges 'everyone to emulate Rizal's patriotism in their own ways by supporting the government's development against corruption, criminality, and illegal drugs'

“It is my sincere hope that this year’s commemoration will inspire everyone to emulate Rizal’s patriotism in their own ways by supporting the government’s development against corruption, criminality, and illegal drugs,” Duterte’s speech read.

The speech also read: “Intelligence must indeed always go hand in hand with compassion. It is by having genuine concern for our kababayans (countrymen) that we can truly show the goodness of our character just like our national hero.”

Duterte was in Kidapawan City a day earlier, where he said during a speech that he molested their maid in her sleep when he was a teenager. It was a confession packed into a speech where he once again attacked the Catholic Church.

“I lifted the blanket…. I tried to touch what was inside the panty…. I was touching [it]. She woke up so I left the room…I tried to insert my finger,” Duterte said on Saturday, December 29.

The statement has prompted a call for resignation by the Gabriela Women’s Party, who said Duterte is a “maniac” who is “unworthy of his position.”

In his earlier message on Sunday, Duterte reminded Filipinos of Rizal’s heroism.

“We remember him as a beacon of valor and solidarity at a time when darkness, injustice, and tyranny prevailed over our land,” the President earlier said.

Rizal was killed via firing squad on December 30, 1896, for being a revolutionary when the Philippines was under the Spanish rule.

“Even in death, his example continues to encourage us as we pursue ways to address the social ills that confront us up to this day,” he said. (READ: On Rizal Day, Palace tells youth: Be courageous, empathetic)

Duterte added, “Together, let us embody his patriotism run all our endeavors as we build the society that he envisioned for the Filipino people.”

On November 20 or more than a month before Rizal Day, the national hero was honored by Chinese President Xi Jinping, who dropped by his monument at Rizal Park during a trip where China and Philippines signed a memorandum of understanding on oil and gas development in the West Philippine Sea. – Rappler.com