At least 50 killed in Bicol during Tropical Depression Usman

Dec 30, 2018 5:19 PM PHT
Rappler.com
Facebook Twitter Copy URL
Copied
(UPDATED) Most of the fatalities are in Albay and Camarines Sur 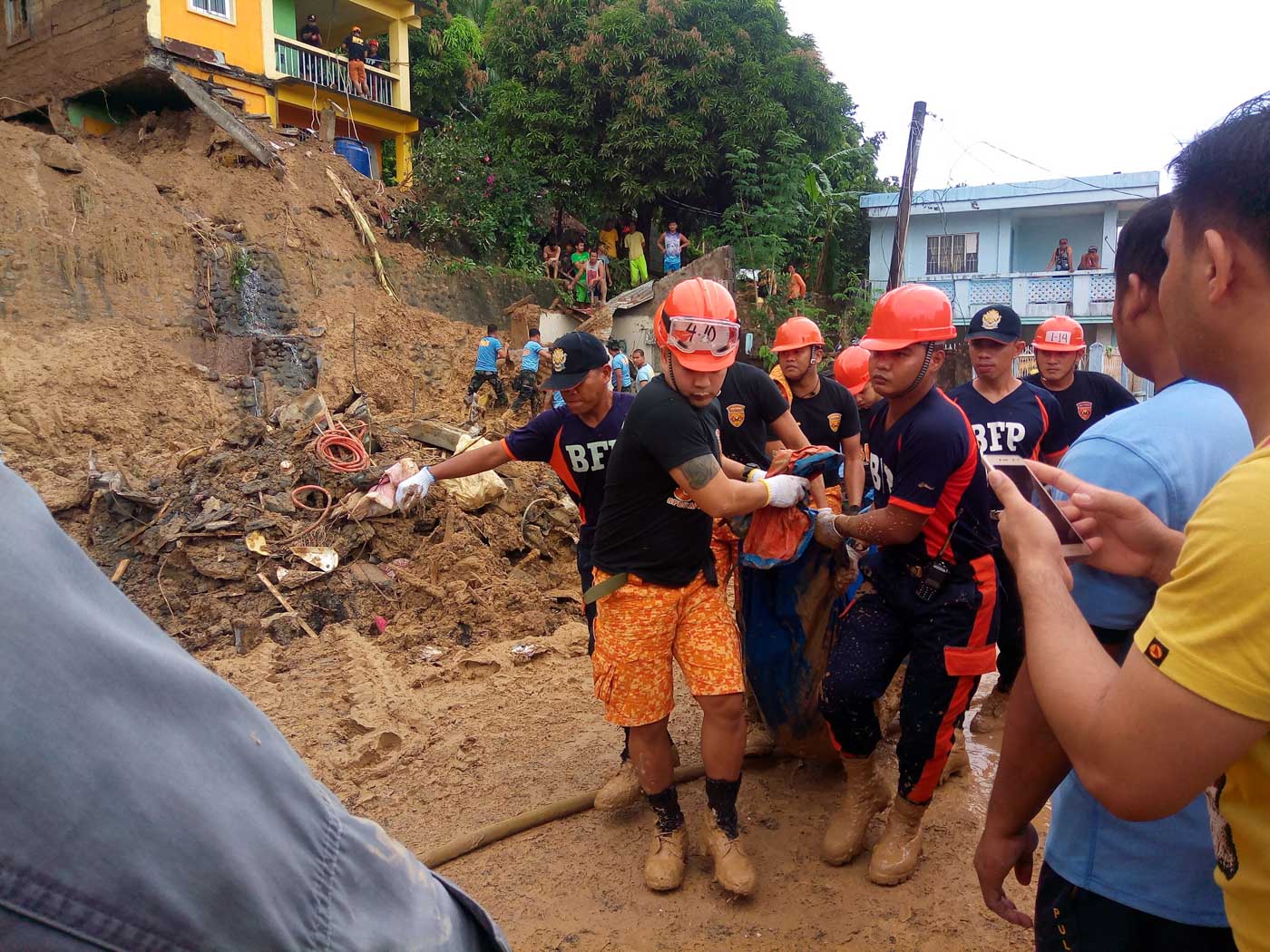 Below is the breakdown of the number of deaths according to a post made from Albay 2nd District Representative Joey Salceda based on information from the Office of Civil Defense:

According to PNP Bicol spokesperson Maria Calubaquib, a landslide occurred at about 9 pm on Saturday, December 29, in Barangay Sugod, Tiwi, Albay. Nine people died there.

Residents said a barangay kagawad in Sugod went around to tell residents to evacuate before dark fell. However, because a landslide had never happened in the area before, some residents did not heed the advice, the residents said.

According to the Philippine Atmospheric, Geophysical, and Astronomical Services Administration (PAGASA) the low pressure area (LPA) which used to be Tropical Depression Usman and the tail-end of a cold front are still bringing rain on Sunday.

PAGASA advised all areas affected by the LPA and the tail-end of a cold front to stay on alert for flash floods and landslides.

The Department of Social Welfare and Development  likewise remained on standby for response to residents affected by Usman. – with reports from Rambo Talabong, Sofia Tomacruz, Rhadyz Barcia, and Mavic Conde/Rappler.com