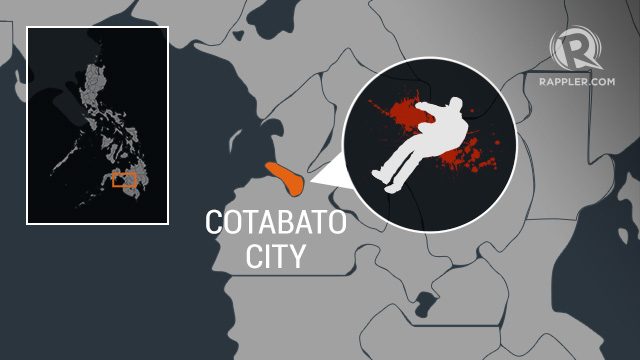 Based on initial police reports, former Parang town mayor Talib Abo and his brother Bobby were killed after they supposedly shot at authorities who were about to serve them search warrants in Cotabato City.

Cotabato City police director Senior Superintendent Rolly Octavio said in a radio interview that Abo fought with operatives of the Central Mindanao police drug enforcement unit as he was being served a warrant in his house in Cotabato City.

Bobby was killed in a similar operation in Barangay Bagua almost at the same time, Octavio added.

Juvenal Azurin, Philippine Drug Enforcement Agency regional director in the Autonomous Region in Muslim Mindanao, said the simultaneous raids on the Abos’ homes were conducted around 12:30 am Friday.

“They resisted and shot it out with our teams,” Azurin said.

He said the siblings were rushed to a hospital, where they later died.

Azurin said several high-powered guns and a still undetermined volume of shabu were seized during the raids.

Chief Inspector Lorenzo Henares, speaking for the Central Mindanao police drug enforcement unit, said their operatives were fired upon as they approached the homes of the Talib brothers.

“We haven’t even gotten inside the houses when we were met with gunfire,” Henares said.

He said 9 search warrants were issued by the Kabacan, Cotabato Regional Trial Court Branch 16 Judge Alexander Betoya against the brothers.

“Our operatives responded to the gun fire and wounded both of them,” Henares added.

Abo had been the object of Duterte’s rants, even when the latter was still mayor of this city.

In 2006, Duterte claimed that Abo and his wife were responsible for the entry of shabu to this city, using an ambulance owned by the Parang government.  Duterte had said then his information on Abo had been verified and that the Maguindanao mayor headed a drug syndicate.

In 2016, Duterte again made a similar claim against Abo, which the latter had denied.

Abo is the second high-profile Maguindanao politician killed under the government’s anti-drug campaign since Duterte came to power in 2016.

In October 2016, Datu Saudi Ampatuan Mayor Samsudin Dimaukom and 9 others were also killed when he and his convoy allegedly shot it out with anti-drug operatives at a checkpoint in Makilala, Cotabato. – Rappler.com