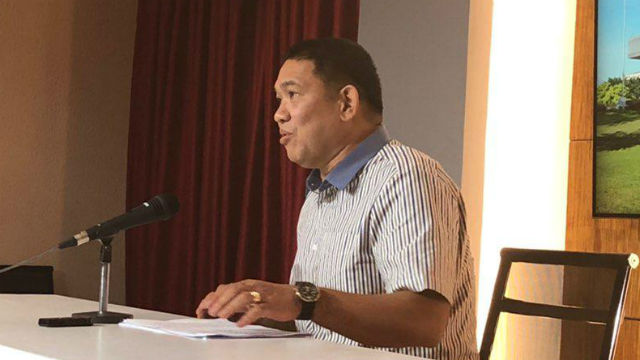 MANILA, Philippines – A House panel is looking into possible tax evasion and plunder charges against the in-laws of Budget Secretary Benjamin Diokno as it continues its investigation into the alleged anomalous transactions of the former’s construction firm.

The House panel is set to ask the Bureau of Internal Revenue for official documents related to tax payments made by Aremar Construction and its incorporators. Andaya earlier said he would seek the help of the Anti-Money Laundering Council  (AMLC) to access the bank transactions of Aremar and  C.T. Leoncio Construction and Trading,  its partner in several big government projects in the Bicol region.

“Secretary Diokno better advise his son-in-law, Romeo ‘Jojo’ Sicat Jr to get a good lawyer. As incorporator of Aremar, Jojo Sicat is duty-bound to ensure that their construction firm does not violate the laws of the land,” he added.

Sicat is the husband of Diokno’s daughter, Charlotte.

On Thursday, January 3, the House committee on rules led by Andaya conducted a hearing on the alleged anomalies in the 2018 and the proposed 2019 budgets in Naga City.

Andaya has been zeroing in on Diokno, whose son-in-law  is an incorporator of the Casiguran, Sorsogon-based Aremar Construction. The biggest stockholder of the construction firm is Casiguran Mayor Edwin Hamor, whose wife Sorsogon Vice Governor Esther Hamor is the mother of Sicat.

Andaya said that in 2018, Aremar and C.T. Leoncio entered into a joint venture agreement for 5 construction projects in the Bicol region amounting to P550 million.

The lawyer of C.T. Leoncio owner Consolacion Leoncio earlier said they sealed their joint venture agreement with Aremar Construction without knowing the latter had ties with Diokno. – Rappler.com