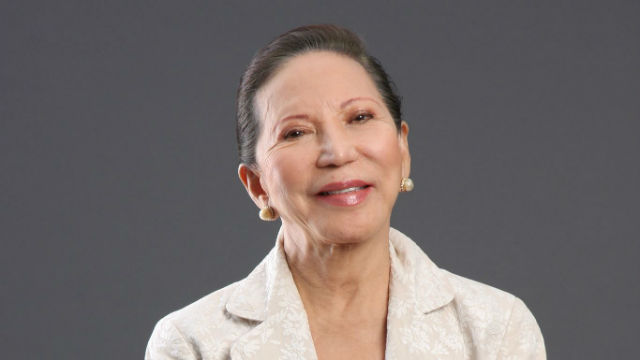 The governor’s daughter, former Marinduque representative Regina Reyes, announced this in a statement on Tuesday, January 8.

“Nanay Carmencita will be always remembered for her dedicated and untiring service to the people of Marinduque,” she added.

The wake for the governor will be at the Heritage Park in Taguig City until Wednesday, January 9, when an evening Mass will be celebrated in her honor.

Her remains will then be transferred to Marinduque on Friday, January 10, but but be returned to Manila the following day, Janaury 11, for the funeral mass at Sanctuario de San Antonio Church in Forbes Park in Makati City.

Regina said instead of flowers, her family would appreciate donations to the Monastery of St Clare, Bantad, Boac, Marinduque.

She was elected as Marinduque congresswoman from 1987 to 1998, before winning the gubernatorial seat in 1998. She served a total of 3 terms as governor before once again getting elected to Congress from 2007 to 2010.

Carmencita Reyes later ran and won the last 3 elections as Marinduque governor. Her third term was set to end this year.  – Rappler.com