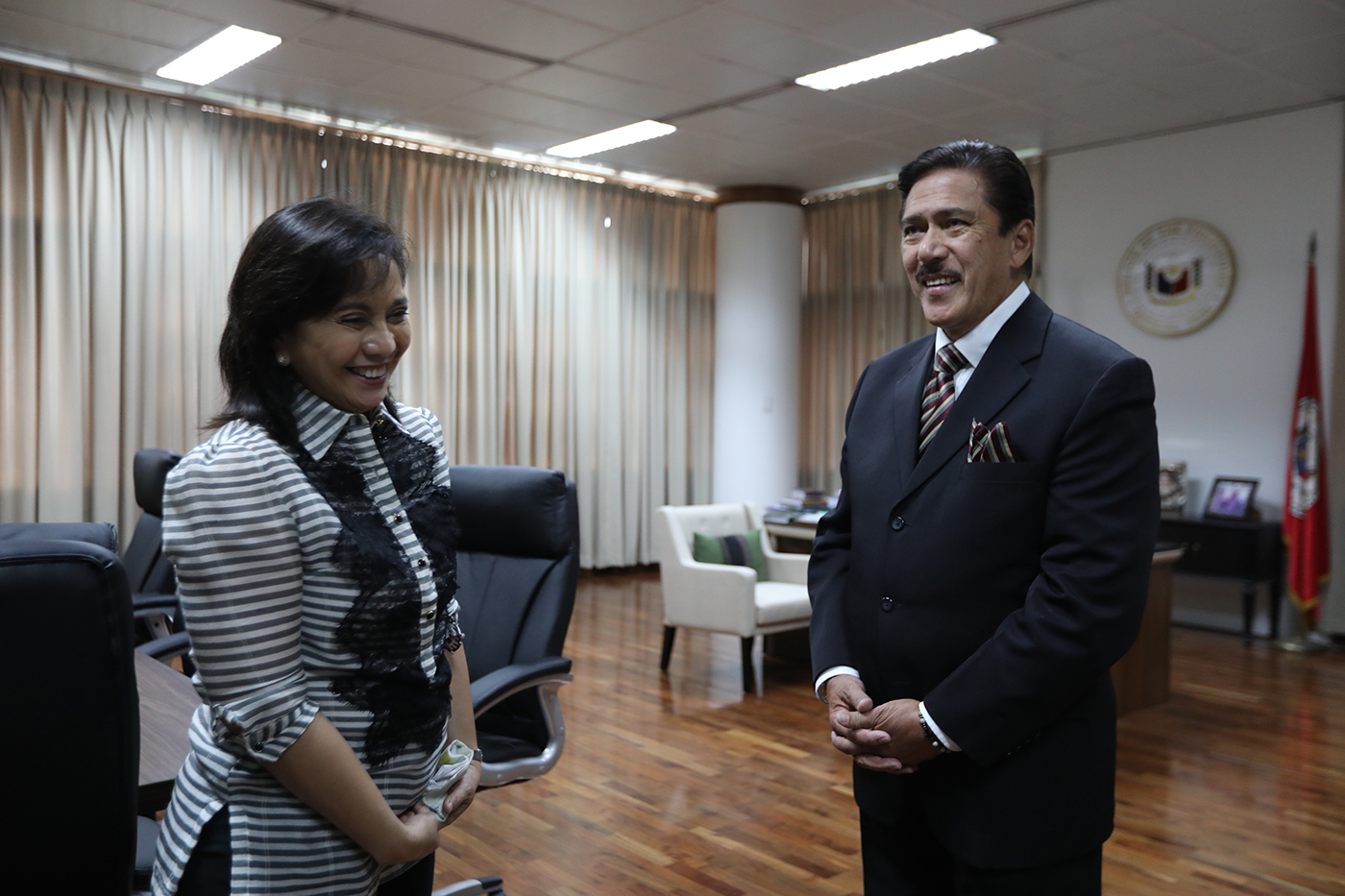 MANILA, Philippines (UPDATED) – With the exception of Speaker Gloria Macapagal Arroyo, other top Philippine leaders continued to enjoy the approval and trust of a majority of Filipinos, based on the results of a Pulse Asia Research, Incorporated survey held in December but released on Friday, January 11.

Arroyo got a public approval rating of 27% in the latest survey.

Robredo and Sotto also maintained majority trust scores in December at 56% and 66%, respectively, unchanged from their September numbers.

Holmes said the survey results showed that “distrust is the plurality public sentiment” toward Arroyo. While the former president’s trust rating improved by 2 percentage points to 21% in December from 19% in September, her distrust rating also rose to 45% from 43%.

Among geographic areas, Arroyo’s distrust rating is highest in Metro Manila at 52%.

The Robredo camp welcomed the continued majority approval and trust ratings of the Vice President.

(We thank all our countrymen for their continued trust and support for VP Leni. This will again serve as an inspiration to serve even better and to give a voice to our fellow Filipinos, especially those who are on the margins of society.)

Arroyo, for her part, said getting low public approval and trust ratings were “not new” to her and were apparently due to the bad impression left by the unrelenting attacks against her when she was president.

“Those trust ratings are not new to me.  Remember I was pilloried very much when I was President so I haven’t done much to overcome that because I just have to do my work. My thrust is to concentrate on my work. I already said it the last time, I am not a stranger to those kinds of ratings,” she said in a media interview in Sasmuan, Pampanga.

Pulse Asia also cited “significant movements” in the approval and trust ratings of top Philippine institutions based on the December poll.

“Approval and trust are the majority sentiments toward Congress and the Supreme Court; significant movements in the performance and trust ratings of these government institutions are recorded between September and December 2018 and during the period June to December 2018, respectively,” it said.

During the survey period and between the last and latest polls, among the major news were the guilty verdict on former First Lady Imelda Marcos, the acquittal of former senator Bong Revilla Jr of plunder in connection with the pork barrel scam, the conviction of 3 cops in the murder of teenager Kian Delos Santos, and the state visit of Chinese President Xi Jinping.

During this time, Congress approved Duterte’s request for a third extension of the imposition of martial law in Mindanao, and Duterte appointed new Chief Justice Lucas Bersamin.

“In keeping with our academic nature, no religious, political, economic, or partisan group influenced any of these processes. Pulse Asia Research undertakes Ulat ng Bayan surveys on its own without any party singularly commissioning the research effort,” Pulse Asia said. – Rappler.com