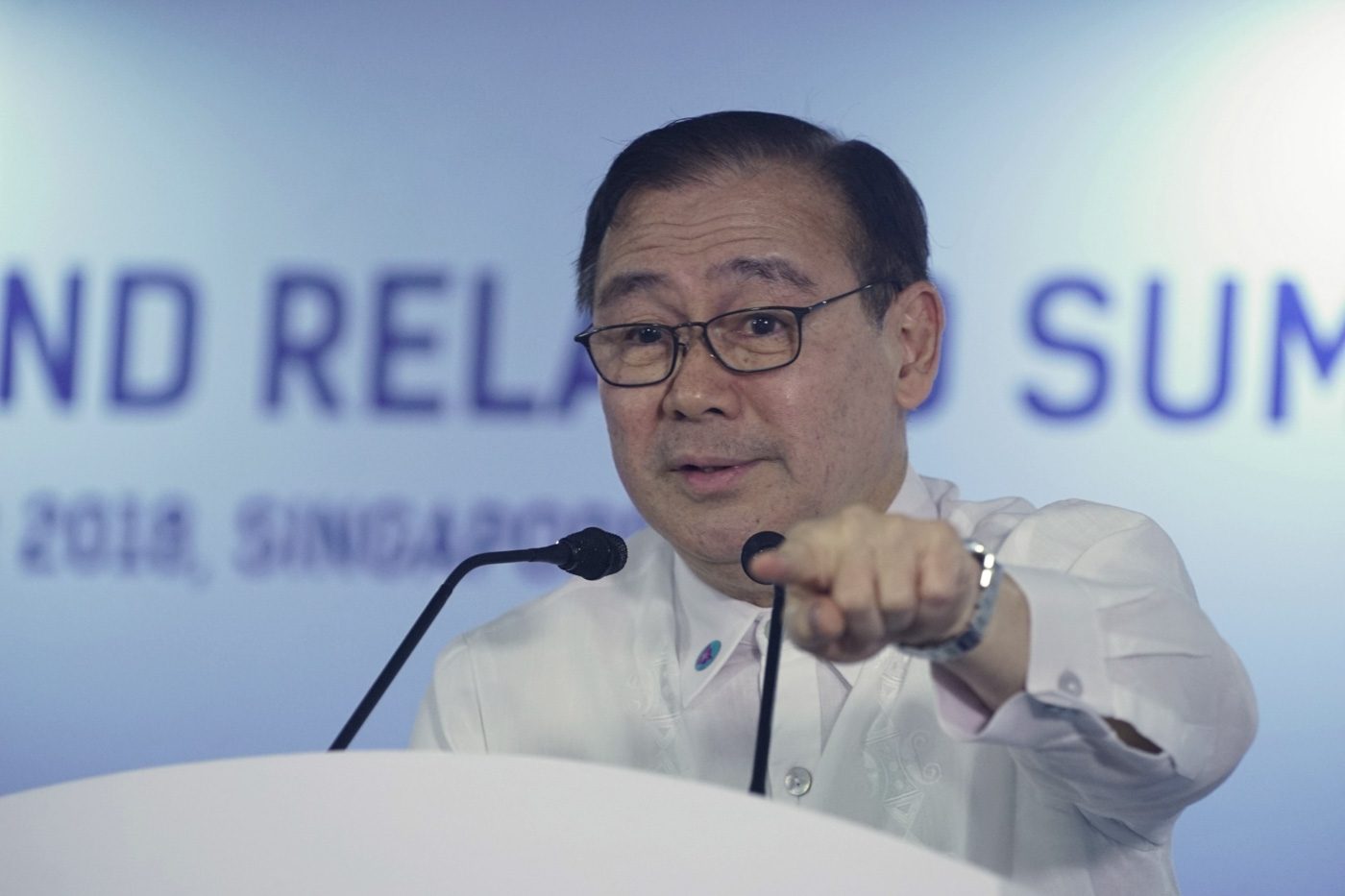 In a series of tweets on Saturday, January 12, Locsin said the problem started at the DFA under then-president Gloria Macapagal Arroyo and “got worse” during the time of Arroyo’s successor, Benigno Aquino III.

The DFA chief then vowed to investigate the passport data mess.

“The problem started under GMA’s DFA and got worse under PNoy’s DFA. It will be solved by PRRD’s DFA under Locsin. The Yellow crowd who perpetrated the passport fraud are in a panic because we are gonna autopsy their crooked deal. Period,” said Locsin.

Yellow is the color of the Liberal Party, of which Aquino is chairman emeritus.

“l will autopsy the Yellows who did the passport deal alive. This is called evisceration,” said Locsin.

In a text message to Rappler, former foreign secretary Albert del Rosario, who headed the DFA under Aquino, refused to comment on Locsin’s “early findings.”

“I have a high measure of respect for Secretary Locsin’s judgment so I will refuse to comment on his early findings concerning the passport challenges,” Del Rosario said.

He added that the public “should be left to judge” the efficiency of passport issuances during his time as secretary of foreign affairs (SFA).

“I know that, sooner than later, our SFA will be successful in correcting the current passport problems to the total satisfaction of all our people,” Del Rosario said. “Let us manifest our confidence in him.”

Locsin. I will autopsy the yellows who did the passport deal alive. This is called evisceration. https://t.co/A0662NeRFT

The DFA secretary earlier bared that a former contractor for Philippine passports “took off” with personal data after the firm supposedly “got pissed when [the contract was] terminated” by the government.

Locsin announced this on January 8 in reaction to a Twitter thread about passport renewal, where some embassies require a birth certificate instead of just accepting the expired passport.

Yasay presented a timeline of contracts on the production of passports, which appeared to support Locsin’s tweets.

He said the DFA under the Aquino administration signed a contract with APUI for the production of e-passports even when an existing contract between the FCOF and the Bangko Sentral ng Pilipinas (BSP) was in effect.

Here is the timeline of events according to Yasay:

“Upon information and belief, it appears that UGEC which continues the illegal production of the e-passports has not complied,” said Yasay.

In the same breath, the former DFA chief said the DFA “cannot hold UGEC accountable for any breach or screwup in the printing of the e-passport.”

“I am sharing my personal knowledge about this passport mess, to help Secretary Locsin and the government undertake a thorough investigation to ensure that the past mistakes and wrongful actions of certain DFA officials in connivance with other officials of other government agencies and even in Congress regarding the problem at hand will not be repeated,” said Yasay.