Jan 14, 2019 1:15 PM PHT
Lian Buan
Facebook Twitter Copy URL
Copied
It is a class suit led by Andaya co-signed by employees from both the executive and legislative branches 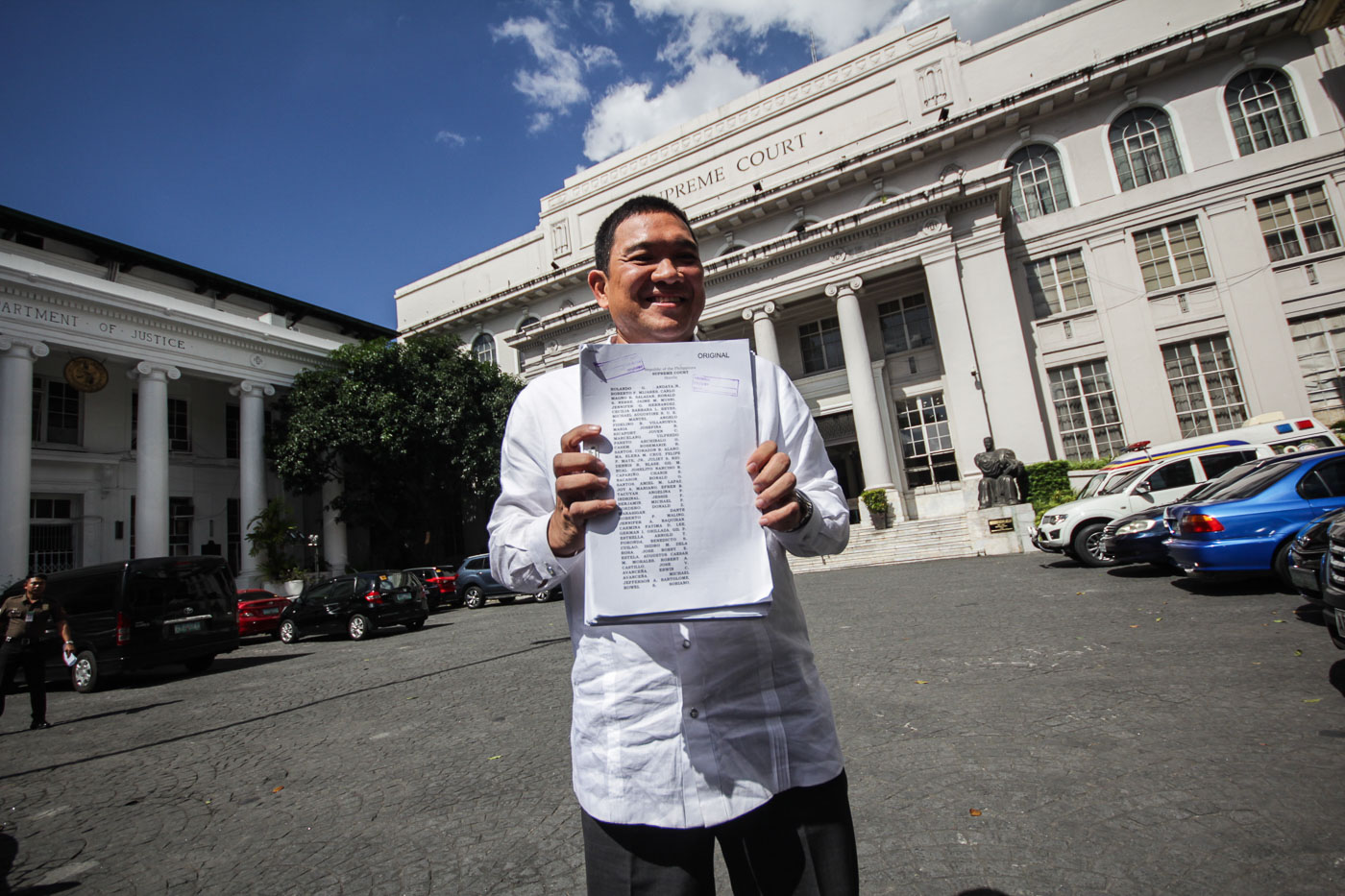 MANILA, Philippines – House Majority Leader Rolando Andaya Jr filed  a class suit against Budget Secretary Benjamin Diokno on Monday, January 14, over the latter’s insistence that the 4th tranche of the salary hike for government workers cannot be implemented without first passing the 2019 budget.

Andaya filed a Petition for Mandamus before the Supreme Court on Monday, seeking to compel Diokno “to perform their ministerial duty to release funds for and disburse personnel benefits in the form of the 4th tranche increase and adjustments” under the 2016 Salary Standardization Law (SSL).

Diokno had repeatedly said that it’s unconstitutional to release the budget for the SSL without the 2019 General Appropriations Ac (GAA). The government is operating under the re-enacted budget of 2018.

(What Diokno is doing, insisting that he cannot release the money because he wants the budget passed first even without the review of Congress, that’s what’s unconstitutional. To end his debate, we call on the justices to set this for oral arguments and decide on this soon, because government workers should receive their 4th tranche increase on January 15.)

The petition is a class suit led by Andaya co-signed by around 50 employees from both the executive and legislative branches. (READ: Andaya to Diokno: Don’t hold hostage gov’t workers’ salary hike)

What are the legal issues?

The 2019 GAA has not been passed yet due to concerns from various lawmakers including Andaya over alleged illegal budget insertions.

But according to Andaya, there’s something about the re-enacted 2018 GAA that would allow them to release the money for the 4th tranche – the Miscellaneous Personnel Benefits Fund (MPBF) which is worth P99.45 billion.

The budget allotted for the 4th tranche is P42.71 billion.

“The MPBF was used on several occasions, through Executive Orders or Administrative orders, to augment budgetary requirements for personnel services,” said the petition, citing examples from as far back as 1999 when the president signed an executive order to augment the police budget through the MPBF.

That is also what happened in 2018 when President Rodrigo Duterte approved a joint resolution by both houses of Congress to use the MPBF for the pay hike of cops and soldiers.

Diokno insists the resolution allowing the use of MPBF im 2018 only covers capital outlay and maintenance and other operating expenses, not personnel services. Diokno said there is no provision in any existing law explicitly allowing the use of the MPBF.

“Our best option is to wait for the budget to be passed,” Diokno had earlier said.

Andaya said Diokno cannot force Congress to pass the budget, because Congress has discretionary powers when he has none.

Diokno has said that as the Senate promised the budget will be enacted in February, the SSL will also be implemented as soon.

(That’s not a defense, because he said it conditionally if the budget is passed, but you cannot dictate to Congress.)