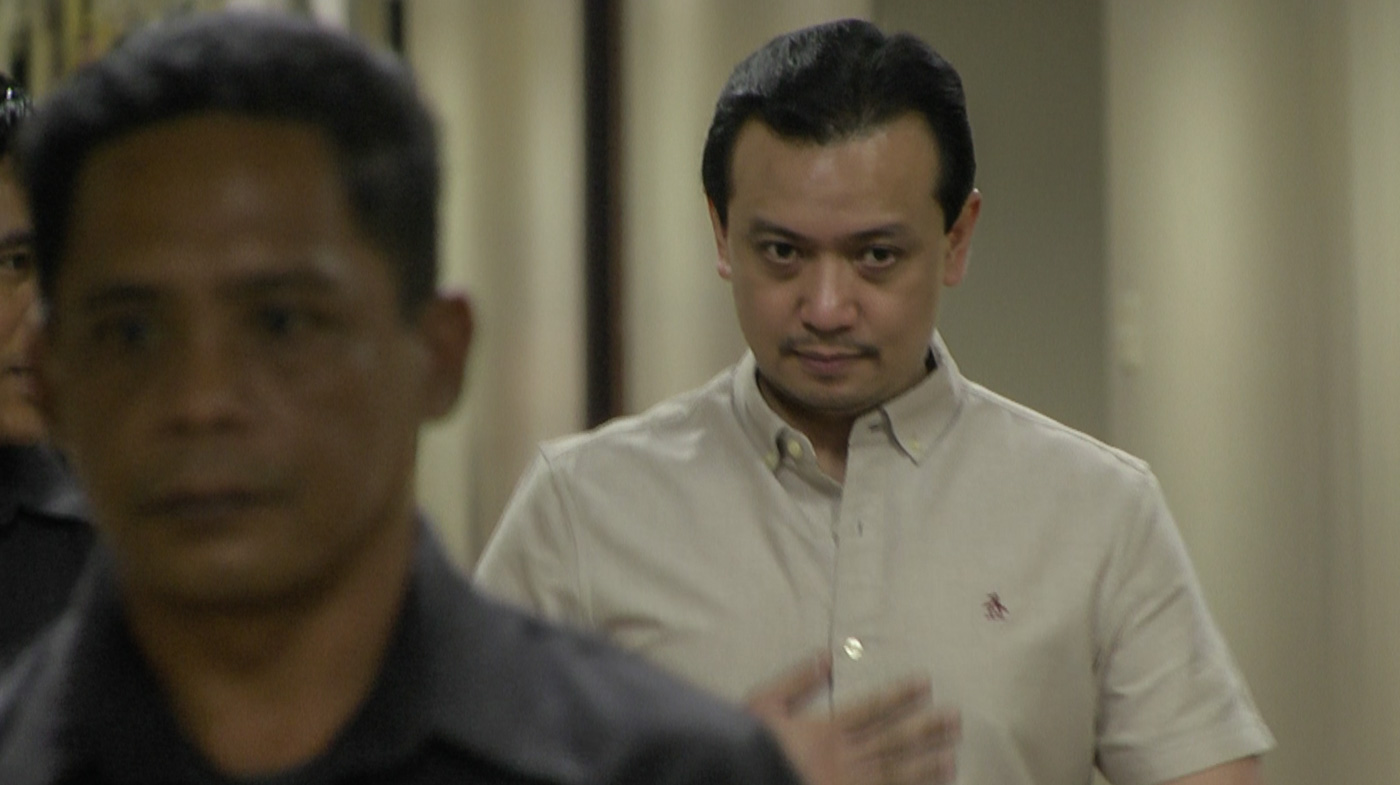 The decision was made on December 14, but Rappler obtained a copy only on Tuesday, January 15.

The court said Trillanes, upon the issuance of 4 arrest warrants against him for libel, voluntarily placed himself under court jurisdiction by posting bail.

“To the Court’s mind, the immediate voluntary surrender of the accused to the court upon his knowledge from media accounts of the warrants of arrest issued against him indicates that the risk of his flight or escape from this jurisdiction are highly unlikely,” the decision read.

“His voluntary surrender and placing himself under the jurisdiction of the court is a demonstration of his utter respect for the legal processes of this country,” it said.

Dayanghirang said Trillanes’ previous travel from December 11 to January 11 was supported by Senate President Vicente Sotto III’s travel authority. His upcoming travel to the United States on January 27 to February 10 is also covered.

“The said trips or engagements abroad were planned and scheduled a long time before the filing of the instant cases,” it said.

(I welcomed the decision of the judge not to issue an HDO. First of all, this is only a libel case and I have shown that I’m not a flight risk. That’s very encouraging that moving forward, if this case proceeds, there are indications of objectivity and fairness.)

Trillanes went to Davao City on Tuesday to attend the arraignment for libel, where he is set to plead not guilty. – Rappler.com