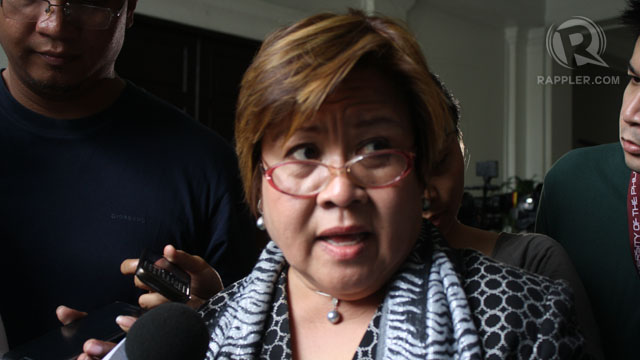 MANILA, Philippines – The Department of Justice (DOJ) said on Tuesday, February 19 that it will elevate to the Supreme Court its case charging Delfin Lee of Globe Asiatique and 4 others with syndicated estafa.

DOJ Secretary Leila de Lima said they will appeal the ruling of the former Special Court of Appeals 10th division which dismissed the criminal charges against GA executive Cristina Sagun on February 11 for lack of probable cause.

The dismissal of the case led to the recall of the arrest warrant against Sagun, Lee, his son Dexter, GA Accounting head Cristina Salagan and Alex Alvarez, lawyer of Home Development Mutual Fund or Pag-IBIG.

Since syndicated estafa also means there should be at least 5 accused, the dropping of the charges against Sagun effectively led to the dismissal of the case against Lee and the rest of those who were charged by the DOJ over a P7-billion housing loan mess.

The charge of syndicated estafa – a nonbailable offense – against the 5 has also been downgraded to estafa, which is bailable. – Rappler.com