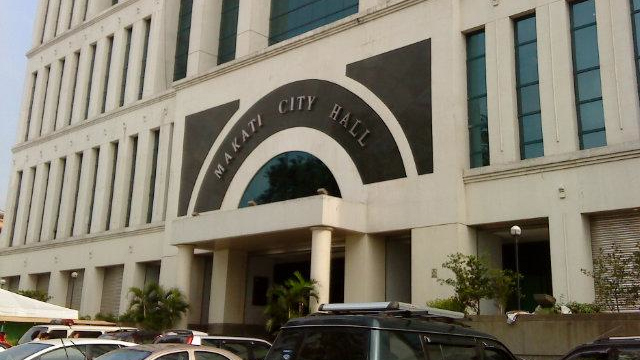 MANILA, Philippines – Congress isn’t alone in having delays in approving budgets, as Makati City has its own showdown for the city budget.

The Binay siblings will slug it out for the mayoral race in the May 2019 elections. Twelve members of the majority bloc are allied with Binay Jr.

Minority floor leader Councilor Maria Concepcion Yabut echoed Camiña, saying that politics was behind the delay in the approval of the city budget.

“If we are to go by the track record of the Sanggunian (city council) in the past two years, it would clearly show that it did not take the Council this long to approve the budget. The only difference now is that they are on the other side of the political fence,” Yabut said.

“The majority councilors have, in fact, pored over every detail of the proposed budget. Ironically, they have yet to come up with a committee report on the results of their very thorough review,” she added.

Camiña pointed out that the deadlock posed “serious consequences” in the city.

“The intended improvements in the services of the Ospital ng Makati have been hampered because the hospital cannot hire the doctors it had trained in 2018. Likewise, preparations for the elections are also being derailed as the city and Comelec [Commission on Elections] will only have limited funds available for training as opposed to what was envisioned in the 2019 budget,” he said.

“Clearly, the acts of the Majority of the Sanggunian are doing a disservice to the hard-working employees of the city and to Makatizens,” Camiña added.

He also belied the claim of majority floor leader Councilor Nemesio Yabut Jr that the Office of the Mayor is itself “holding hostage” the 4th tranche of salary increases under the Salary Standardization Law.

Camiña cited Section 305(a) of the Local Government Code where it said, “No money shall be paid out of the local treasury except in pursuance of an appropriations ordinance or law.”

Meanwhile, Section 323 of the Local Government Code also states that if the council fails to pass an annual budget, it must continue holding sessions “without additional remuneration for its members, until such ordinance is approved, and no other business may be taken up during such sessions.”

If the budget is still not approved 90 days into the fiscal year, the previous year’s budget will be reenacted and will remain that way until a new budget is passed.

Camiña also blamed the opposition for the problems of the former mayor. He said: “If they had been as zealous in exercising their oversight function during the term of Mayor Junjun Binay, he would not be facing charges today. They did a great disservice to the former mayor.”