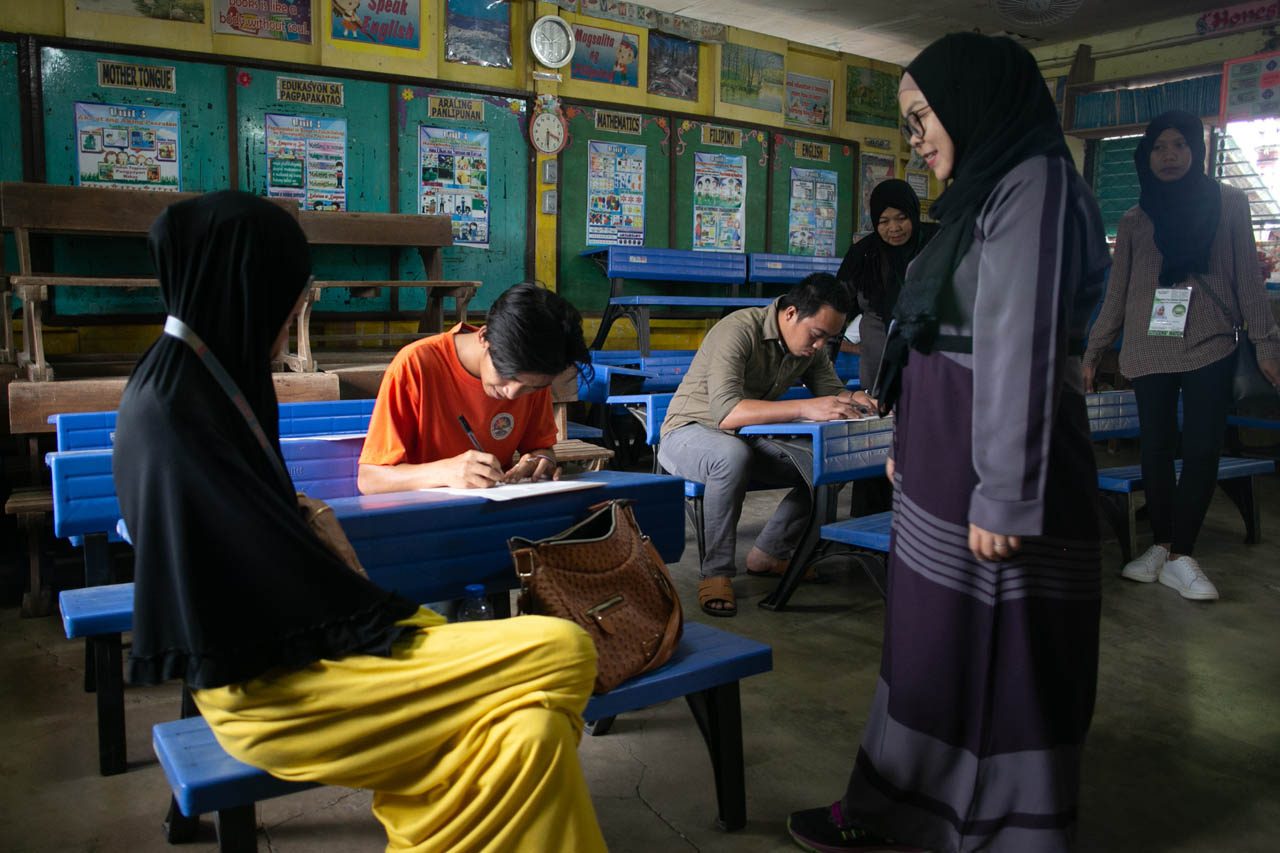 MANILA, Philippines – The Commission on Elections (Comelec) said the Bangsamoro plebiscite on Monday, January 21, was “very peaceful” despite delays that affected around 8,000 voters in 24 polling precincts.

“With the exception of 24 precincts, the voting went well. The implementation here was very peaceful,” said Comelec Spokesman James Jimenez in a phone conference with Manila-based reporters Monday afternoon.

The “sore spot” in Monday’s plebiscite, said Jimenez, is Cotabato City. This was because of delays in the opening of 24 out of 374 polling precincts, representing around 8,000 voters.

Jimenez attributed the delays to teachers who backed out of election service at the last minute. He said the teachers withdrew from voluntary service after receiving “threatening text messages.” This prompted 77 members of the Philippine National Police (PNP) to serve as plebiscite committee members.

Monday’s plebiscite sought to determine if voters in the Autonomous Region in Muslim Mindanao (ARMM) favor the creation of a more powerful Bangsamoro region. Polling precincts were open from 7 am to 3 pm on Monday.

The plebiscite was preceded by tension-filled days especially in Cotabato City, envisioned as the crown jewel of the proposed Bangsamoro Autonomous Region in Muslim Mindanao (BARMM). “Whatever the outcome is, Cotabato is a divided city,” expert Benedict Bacani told Rappler.

In itself, the ARMM is also a hot spot of fraud and violence every election period.

It is no surprise, then, that other problems in Monday’s plebiscite included alleged intimidation.

Election watchdog Lente relayed a concern from the Bangsamoro Free Election Movement, which called on the Comelec “to immediately pull out the presence of barangay officials inside the polling centers and precincts.” The Bangsamoro group said the barangay officials “are all over the voting centers and controlling entry of voters under the watch of the PNP and the military.”

“Let the people vote. Groups should not decide the outcome for the people. Barangay officials should not be allowed to be inside the polling places or within the premises of the voting center,” said Lente as the voting was ongoing.

In his role as observer, Jimenez said he made similar observations in at least two polling places in Cotabato City. He said this has been reported to the Comelec.

Jimenez pointed out that it is an election offense for barangay officials to loiter in polling places.

“Even in national elections, prior to elections, we always remind barangay officials not to loiter in the polling place. They’re allowed to go there only to vote but not to do anything else,” the Comelec spokesman said.

After voting day, all eyes will be on the Comelec headquarters in Intramuros, Manila, starting Tuesday, January 22. There, the National Plebiscite Board of Canvassers (NPBOC) is set to convene at 10 am on Tuesday to canvass results of the plebiscite.

“The NPBOC shall continuously meet from day to day and shall not adjourn until the canvass is completed but may declare a recess from time to time to await the submission of other COCs (certificates of canvass),” said Comelec Resolution No. 10478 on the canvassing of plebiscite results. – Rappler.com