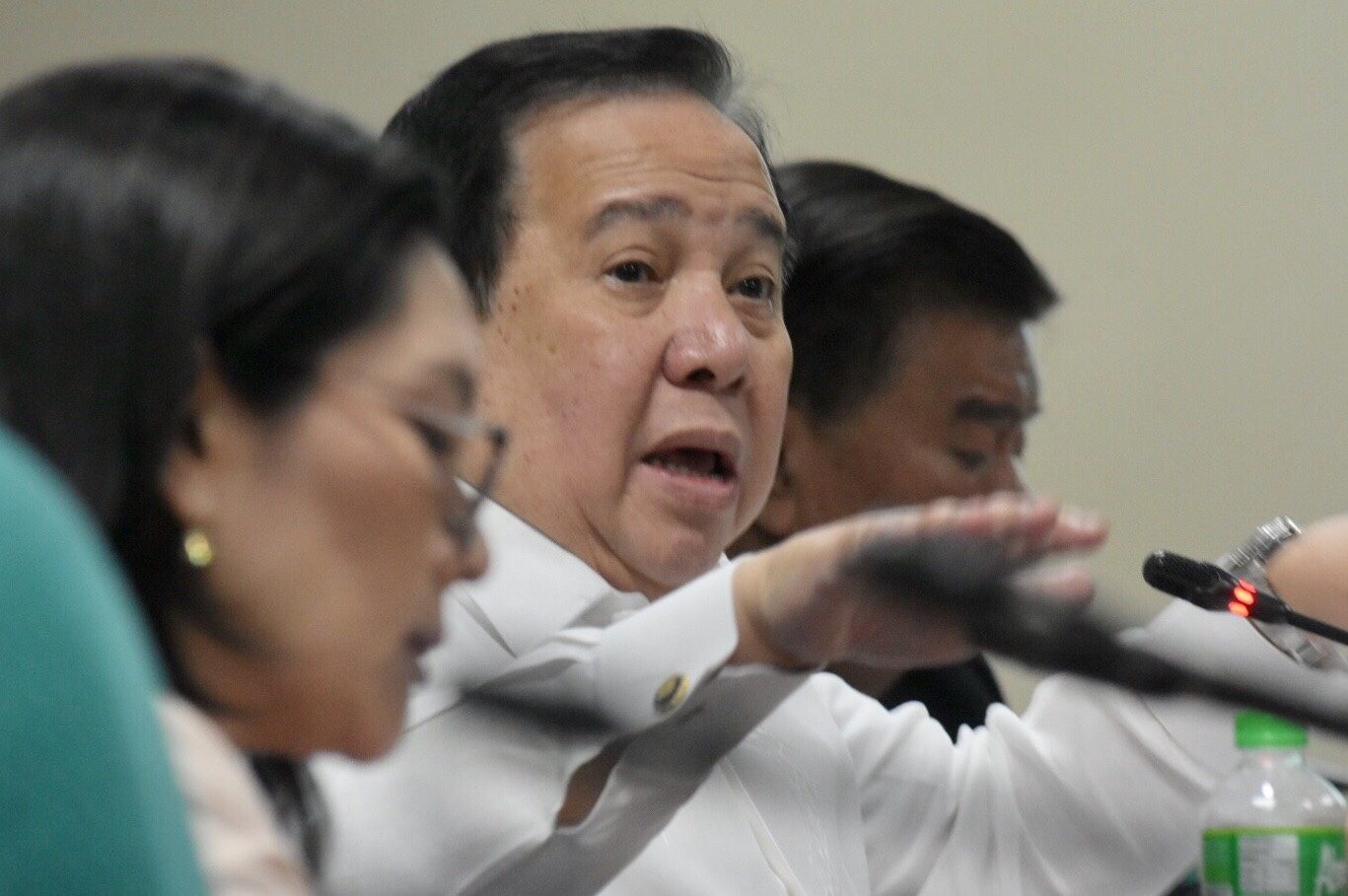 MANILA, Philippines – Despite opposition from some senators, Senate justice committee chairman Richard Gordon is eyeing the passage of the bill lowering the minimum age of criminal responsibility from the current 15 years old to 12 years old.

Gordon said this on Tuesday, January 22, after conducting the first hearing on the proposed amendments to Republic Act 9344 or the Juvenile Justice Act of 2006 and Republic Act 10630, which amended the law in 2013.

“’Yun ang usapan namin ni Tito [Senate President Sotto], puwede ihabol by June doon (That’s what Tito and I agreed on, we can find a way in June during the) lame duck session,” Gordon said.

Gordon is set to hold another hearing on Friday, January 25. He said he would likely sponsor the committee report in the week of January 28.

Gordon said he would grant President Rodrigo Duterte’s desire to lower the age of criminal liability, adding he was inclined to recommend 12 years old, higher than the 9-year-old proposal passed by the House.

“The government wants 9 years old, o sige [kung ayaw mo], magbigay ka naman ng kaunti. Kung hindi ko ibigay ‘yun e baka hindi ibigay itong mga suporta na kailangan natin (if you don’t want it, then give something back. If I don’t give it, he might not support our needs). As simple as that,” he said.

“You have to make him win, galit na galit ‘yung tao eh nakita ko talaga. Kung makita mo ‘yung mukha ng Presidente galit talaga siya sa drugs e…. Sinabi niya kailangang i-lower ‘yan, ‘yang Pangilinan law dapat palitan (he really is furious. If you only see the President’s face, he really is against drugs. He said the age has to be lowered, the Pangilinan law has to be amended),” he added.

Congress is set to go on recess for the 2019 campaign and election from February 9 to May 19. It would resume for the last time on May 20 until June 7 before the 17th Congress adjourns.

Bills that were not passed in the 17th Congress would have to be re-filed in the 18th Congress.

Gordon set the target for the bill’s passage  despite the opposition of some senators, including Senators Grace Poe, Leila de Lima, Risa Hontiveros, and Francis Pangilinan, to any proposal to lower the age from 15 years old.

“Our position remains unchanged. We reiterate that lowering the MARC is anti-poor, as most children in conflict with the law come from poor families and have no meaninngful access to legal services,” Poe said in a statement.

The two Senate bills pending, filed by Senate President Vicente Sotto III and Minority Leader Franklin Drilon, are pushing for a lower age of liability to “above 12” and 12 years old, respectively.

Asked on the age of 12, Gordon said 12-year-old children “more or less” have “more serious understanding of what is good and what is bad.”

“Because I think when you come down to it, the whole world and I don’t follow the world, I follow the culture, you got to make sure that the child grows up, that he has a feeling that he has a duty and he is accountable. Nine years old I  think is too tender. I am more leaning now to 12. and ang irerekomenda ko siguro is 12 (what I’m likely to recommend is 12) and then after maybe 3 years we look it up and then we increase it,” Gordon said.

But Juvenile Justice and Welfare Center executive director Tricia Oco told the panel that there is science-based evidence showing that the brains of females mature at age 22 and males at age 25.

Sotto, however, questioned this in a separate interview. He said science and theory should not be the only basis on deciding on the issue.

(We cannot all be theoretical here, we cannot use pure science. What do they want, those age 23 and below will not have criminal responsibility? Those below 22 years old will not have criminal responsibility because they’re not yet mature? Is that what they want? We cannot be theoretical. Let’s put our foot on the ground. What’s happening in the Philippines?)

During the hearing, it was found that the law’s implementation is lacking, primarily on the construction and maintenance of Bahay Pag-Asa (Houses of Hope), which serve as youth detention and rehabilitation centers. (READ: Senators hit LGUs’ lack of funding for youth detention, rehab centers) – Rappler.com