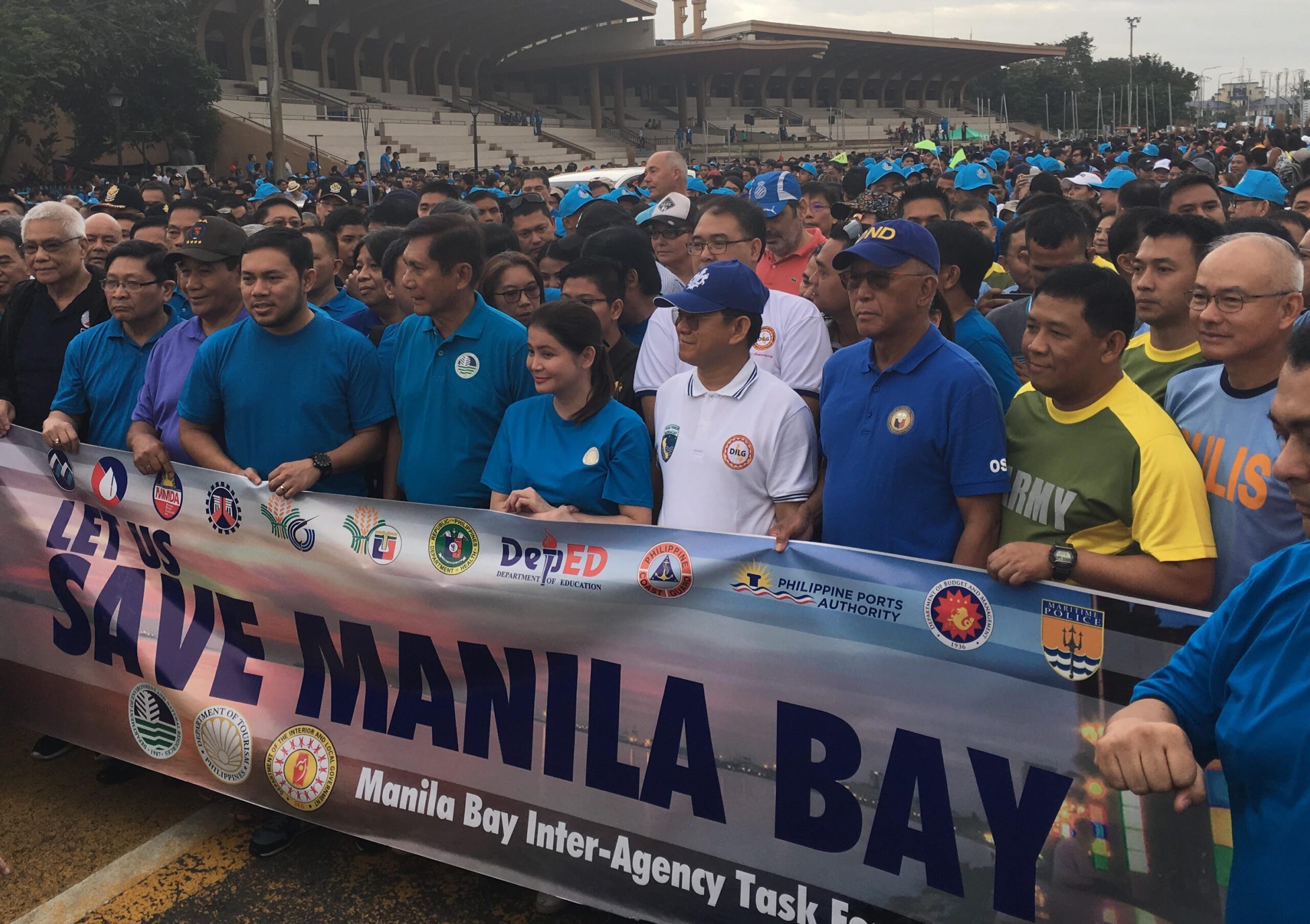 Some 5,000 volunteers gathered at the Quirino Grandstand and participated in the solidarity walk to Manila Bay. (WATCH: Rappler Talk: Cleaning up Manila Bay)

The Department of Environment and Natural Resources said it will be handing out cease and desist orders to at least 4 major establishments which have violated environmental laws.