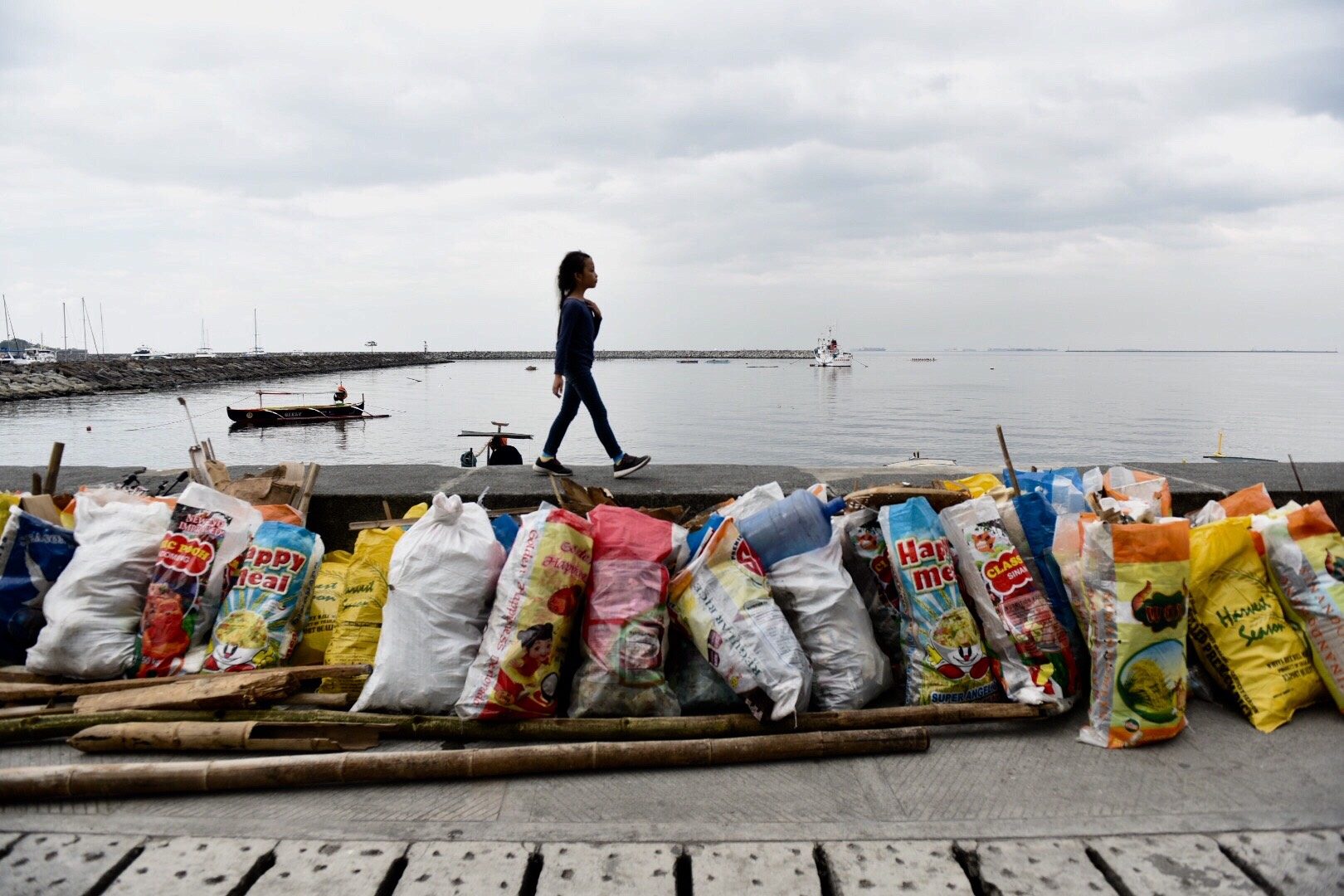 MANILA, Philippines – The government is planning to use modern tools to resolve the decades-old pollution problem of Manila Bay.

During the kickoff of the “Battle for Manila Bay” on Sunday, January 27, Public Works and Highways Secretary Mark Villar said his agency will procure boat skimmers exclusively for the bay’s cleanup.

Boat skimmers can gather solid waste materials from bodies of water. Some models even have the ability to clean up oil spills.

Both Villar and Rio did not elaborate on specific figures or timelines for these projects.

The Department of Environment and Natural Resources said the rehabilitation will have 3 phases. (IN PHOTOS: Bayanihan for Manila Bay)

Phase 1 will focus on cleanup and water quality improvement. Government agencies will clean designated waterways and reduce fecal coliform levels which rose due to houses and establishments.

The first phase will also focus on providing temporary sanitation facilities to informal settlers living along waterways and shorelines, pending their relocation.

Phase 2 will focus on rehabilitation of old sewer lines in Metro Manila. The government is also set to relocate informal settlers.

This stage will also focus on ensuring that projects of Maynilad and Manila Water will be finished by 2022.

Finally, Phase 3 focuses on education and sustainment, as well as ensuring the early completion of the sewerage system in Metro Manila by 2026, instead of the initial target of 2037.

The bay’s coastline measures some 190 kilometers. It has 17 principal river systems draining into it. – Rappler.com