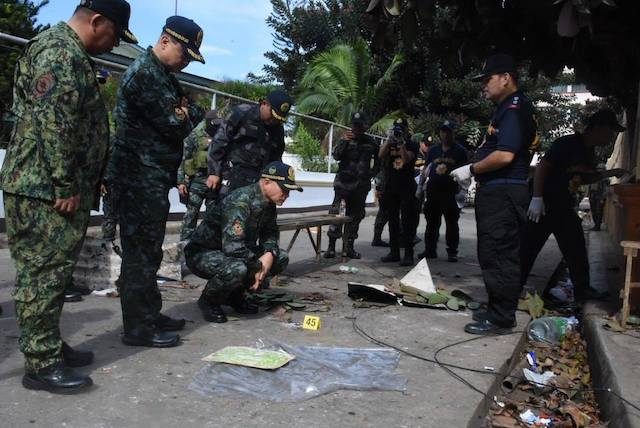 “Dalawang grupo. So far, anim, 6 of them,” Esperon said in an interview with CNN Philippines. (There are two groups. So far, there are 6 [persons].)

Esperon did not name the two groups and declined to identify the 6 persons, saying he did not want to risk the ongoing investigation into the case.

There’s earlier intel: Esperon said the 6 were identified as persons of interest not just because they were supposedly seen in a CCTV footage, but because of intelligence that had been gathered by the government since August 2018.

“Information from what I understand is that we have leads not only from the CCTV but we also have leads because we have a previous report from the intelligence community as early as August last year,” Esperon said in a mix of English and Filipino.

This is the same period just after the Basilan bombing, which killed 10 in Lamitan City. The military had identified the Abu Sayyaf Group to be behind the incident.

Esperon added, “In fact, some have been neutralized, but this group might be connected to our suspects now, the tentacles of the group in our past reports.” – Rappler.com