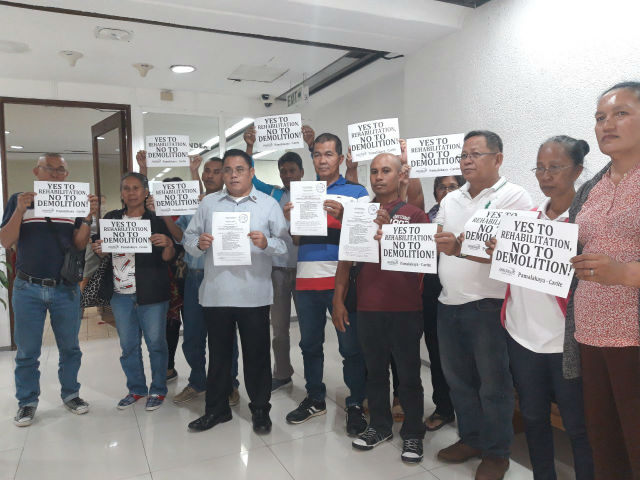 MANILA, Philippines – Makabayan lawmakers want the government to postpone the rehabilitation of the polluted Manila Bay, citing the lack of proper consultations with informal settlers to be affected by the cleanup program.

On Tuesday, January 29, the following legislators filed House Resolution (HR) 2452 together with several fisherfolk and peasant women from Cavite:

The left-leaning legislators want the House to recommend to the Department of Environment and Natural Resources these 4 things:

The lawmakers argued that the Manila Bay rehabilitation would cause around 40 reclamation projects, leading to the displacement of some 250,000 informal settlers living along the coastline and waterways of the bay. (READ: Gov’t to deploy modern tech, boat skimmers for Manila Bay rehab)

Pamalakaya-Pilipinas instead wants the government to do the following to “genuinely” rehabilitate Manila Bay:

The rehabilitation of Manila Bay – which covers 8 provinces and 178 local government units in the 3 regions of Metro Manila, Central Luzon, and Calabarzon – officially kicked off on Sunday, January 27. It will have 3 phases. – Rappler.com