It wasn’t first time for priest in Jolo Cathedral bombing 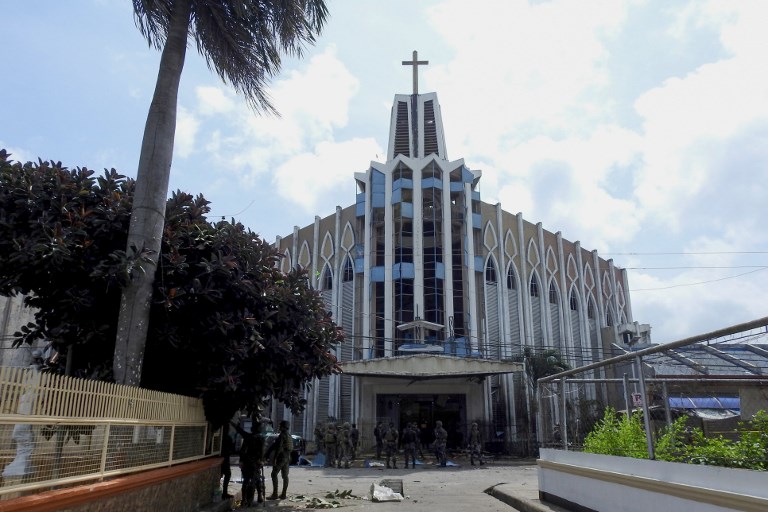 MANILA, Philippines – Father Ricky Bacolcol, the priest saying Mass at the Jolo Cathedral when explosions killed and injured Mass-goers on Sunday, January 27, had experienced something similar in the past.

On December 25, 2010, an improvised explosive device went off in a police camp chapel in Jolo, Sulu, wounding Bacolcol and 10 Mass-goers, reported the Philippine Daily Inquirer on December 26, 2010. At that time, Bacolcol was concelebrating a Christmas Day Mass.

This 2010 explosion happened at the Evangelical Chapel of Camp Asturias in Jolo, said the Philippine Star.

Bacolcol was then a newly ordained priest assisting 72-year-old Father Romeo Villanueva. Bacolcol “was thrown off his feet by the impact of the blast and suffered a slight leg injury,” the Inquirer said.

Fast-forward to 2019, the Jolo Cathedral blast “must have been very difficult” for Bacolcol since he had undergone a similar experience in the past, said Jolo Cathedral priest Father Jeff Nadua.

Asked if Bacolcol was wounded in Sunday’s explosion, Nadua said the priest sustained “not a scratch at all.”

The Jolo Cathedral blast killed at least 23 people and injured 109 others, in what President Rodrigo Duterte said was a suicide bombing carried out by a husband-and-wife team. The death toll rose on February 4.

Many of the victims were regular Mass-goers at the Jolo Cathedral. A first explosion happened during the Second Reading, followed by a second blast near the church entrance. (READ: ‘They died for faith’: Priests mourn Mass-goers in Jolo bombing)

This was not the first attack involving this place of worship. Rappler’s research showed that since 2000, there have been at least 10 attacks directly against or near the Jolo Cathedral.

As for himself, Nadua admitted on Tuesday he is sometimes afraid. But, he said, “never in [his] wildest thoughts” has he entertained leaving his flock in this situation.