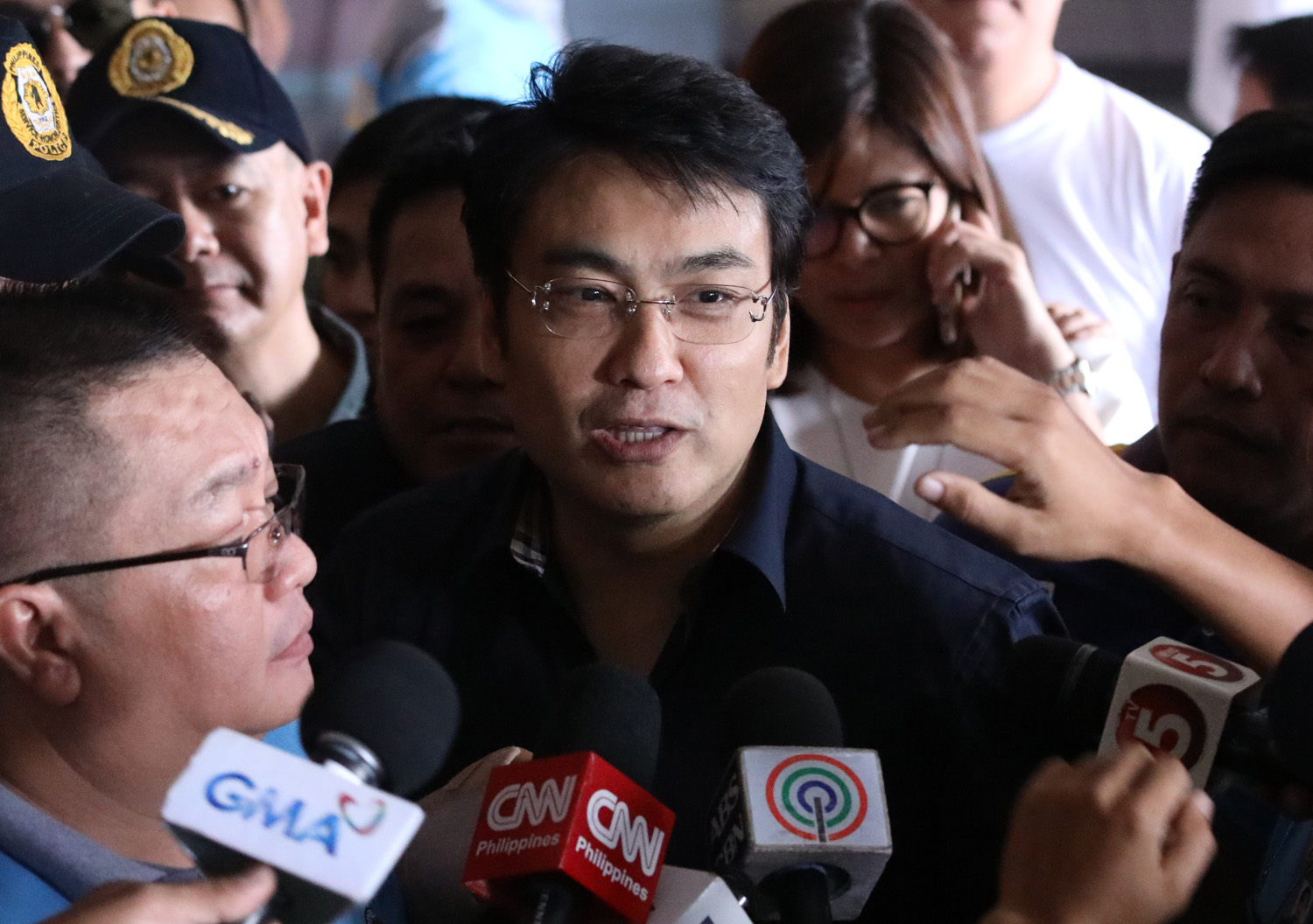 The Ombudsman’s Office of the Special Prosecutor filed on Monday, January 28, a motion for execution of judgment on Revilla’s civil liability.

Revilla did not file any kind of appeal, so the prosecution said, “Considering that the decision of December 7, 2018, has attained finality with respect to Revilla, the latter’s civil liability is ripe for execution.”

Janet Lim Napoles and Revilla’s former Senate employee Richard Cambe, who were the ones convicted, are appealing the decision.

What civil liability? In the decision of the Sandiganbayan Special 1st Division that acquitted Revilla of plunder and convicted Napoles and Cambe, the anti-graft court also ordered the return of the recomputed amount of P124.5 million.

Revilla’s lawyers have insisted that he cannot be held civilly liable for the amount because he was not held criminally liable for plunder.

“Having held that Revilla is not criminally liable, the above paragraph (in the court ruling) would not have referred [to] Revilla but only to the accused who have been held criminally liable, namely Richard A. Cambe and Janet Lim Napoles,” Mendoza said.

What’s their legal basis? The verdict said, “Pursuant to Article 100 of the Revised Penal Code, accused are held solidarily and jointly liable to return to the National Treasury the amount of P124,500,000.00.”

Article 100 of the Revised Penal Code states that “every person criminally liable for a felony is also civilly liable.”

Ombudsman prosecutors argued that Article 100 “does not provide that only those who are criminally liable are civilly liable.”

How was the verdict worded? Prosecutors pointed out that when the court acquitted Revilla, it referred to him as the “accused” in the dispositive portion of the verdict.

“Had the Court wanted to exclude Revilla, it could have simply and easily named Cambe and Napoles in the third paragraph as it did in the first paragraph. It would not have used the collective term ‘accused’ – without exception and distinction,” states the motion.

The prosecution added that in several instances in December 2018 when the 1st Division acquitted individuals, it made clear in its decisions that “no civil liability may be assessed against the accused,” which it didn’t do for Revilla.

“Indeed if Revilla is not civilly liable, the December 7, 2018, decision would have explicitly declared it so,” said the prosecution.

The decision acquitting Revilla reads like this: “For failure of the prosecution to establish beyond reasonable doubt that accused Ramon ‘Bong’ Revilla Jr received, directly or indirectly the rebates, commission, and kickbacks from his PDAF, the court cannot hold him liable for the crime of plunder. Accordingly, he is acquitted.”

The prosecution said, “While he was acquitted, the same was based merely on reasonable doubt and not due to the absolute failure of the prosecution to prove his guilt.”

The former senator stands charged with 16 counts of graft.

An Anti-Money Laundering Council report showed that by 2010, Revilla’s bank accounts accumulated a total of P170.9 million when he only declared P81.16 million in cash and investments in his Statement of Assets, Liabilities, and Net Worth for that year.

Revilla is again running for senator in the 2019 elections. – Rappler.com