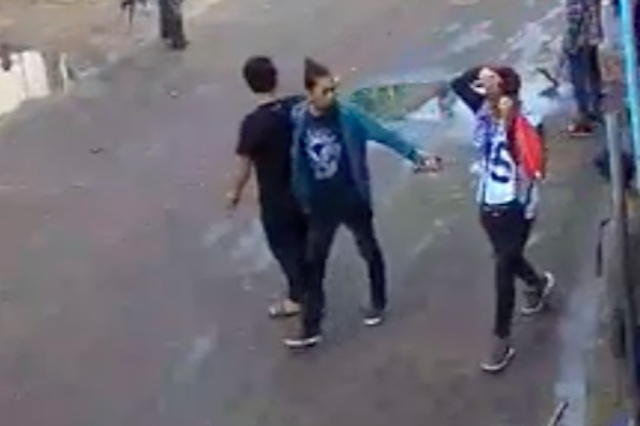 MANILA, Philippines – Two persons of interest in the Jolo Cathedral bombing have turned themselves in to authorities on Wednesday, January 30, denying their involvement in the blasts.

Corpus said the two men wanted to clear their names after they were tagged as “persons of interest” and even “suspects” in the blast as police and military probes moved forward.

One of them is the man believed to alias Kamah—the man in the clips whose hair was in a bun and wore a blue-green jacket.

Kamah has been identified as a member of the Ajang-Ajang faction of the Abu Sayyaf Group and the brother of fallen bandit leader Surakah Ingog, an alleged bombmaker slain in Sulu in August 2018. But the man seen in the CCTV believed to be Kamah denies the association. (READ: What we know so far: Jolo Cathedral bombing)

One of the theories being checked out by the military was that the man believed to be Kamah could have been involved with the blasts at the cathedral after he was seen extending his hand holding a small black item before the second explosion occurred. (WATCH: Outside Jolo Cathedral during the bombing)

According to Corpus, the two have been turned over to the Special Investigation Task Group in charge of probing the bombing. They are giving their testimonies to authorities as of press time. – Rappler.com