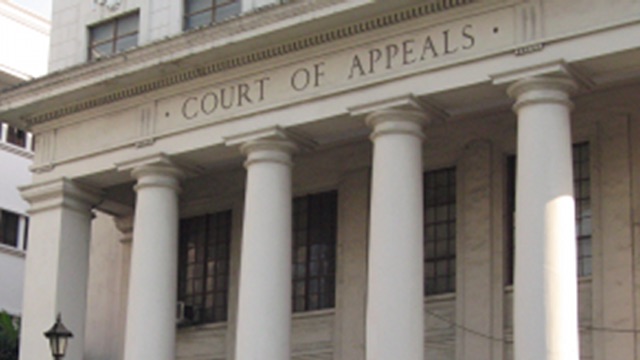 MANILA, Philippines – The Duterte administration’s promise to weed out the illegal scheme of labor-only contracting takes a hit as the Court of Appeals (CA) threw out a labor case against telecommunications giant Philippine Long Distance Telephone (PLDT) Company at the expense of 279 workers.

The CA Seventeenth Division granted the petition of PLDT and Meralco Industrial Engineering Services Corporation (Miescor), and overturned earlier decisions of the labor department to award workers P2.36 million in back wages.

The appellate court also ruled that PLDT and Miescor did not engage in labor-only contracting, going as far as saying that a Duterte-time department order against the scheme must yield to the general provisions under the labor code.

The decision was promulgated on January 28, and penned by Associate Justice Ma Luisa Quijano Padilla, with concurrences from associate justices Elihu Ybañez and Germano Francisco Legaspi.

In August 2018, the CA in a separate case also voided the regularization of thousands of PLDT janitors, IT, back-office support, sales, and other workers.

What happened? PLDT tapped Miescor to do line installment works for the company in 3 of its stations in Quezon City.

In 2016, Labor Law Compliance Officers (LLCOs) found that many of the Miescor workers were not being given incentive leaves and paternity leaves. The labor inspectors also found that workers’ salaries were being deducted with the cost of tools and uniform.

In July 2017, the Department of Labor and Employment (DOLE) issued a decision that not only declared PLDT and Miescor as engaging in the prohibited labor-only contracting scheme, it also ordered Miescor to pay 279 workers an aggregate amount of P2.36 million.

The DOLE also revoked Miescor’s registration in the same decision, and declared the workers regular employees of PLDT.

What did the CA say? Miescor elevated the case to the CA, where it won, potentially watering down the power of Department Order (DO) Number 174 signed by Secretary Silvestre Bello III in March 2017 to clamp down on labor-only contracting.

In the order, labor-only contracting covers “contracting out of work through an in-house cooperative which merely supplies workers to the principal; requiring the contractor’s or subcontractor’s employees to perform functions which are currently being performed by the regular employees of the principal.”

The CA said the labor department was mistaken to have declared Miescor and PLDT as engaged in labor-only contracting just because both their employees perform the same functions.

The CA said Article 106 of the Labor Code allows sub-contracting.

“Labor Code did not qualify as to the kind of work that may be contracted out as it simply said “the performance of the former’s (employer’s) work. Since DO 174 is a mere administrative issuance that implements said provision, the same must not also create any distinction that will have the effect of broadening or amending the legislative intent,” the CA said.

DO 174 also said that for a scheme not to be considered labor-only contracting, it must pass certain conditions such as:

Labor inspectors found that PLDT – the principal in this case – exercised control over the workers, not Miescor as the contractor.

But the CA said the control condition is only one of two requirements in the DO.

“The other is lack of substantial capital or investment, etc, which, unfortunately, in the case of Miescor was simply glossed over by the Regional Director [of DOLE],” said the CA.

Asked for comment, Labor Undersecretary Benjo Benavidez said he had yet to read the full decision. – Rappler.com