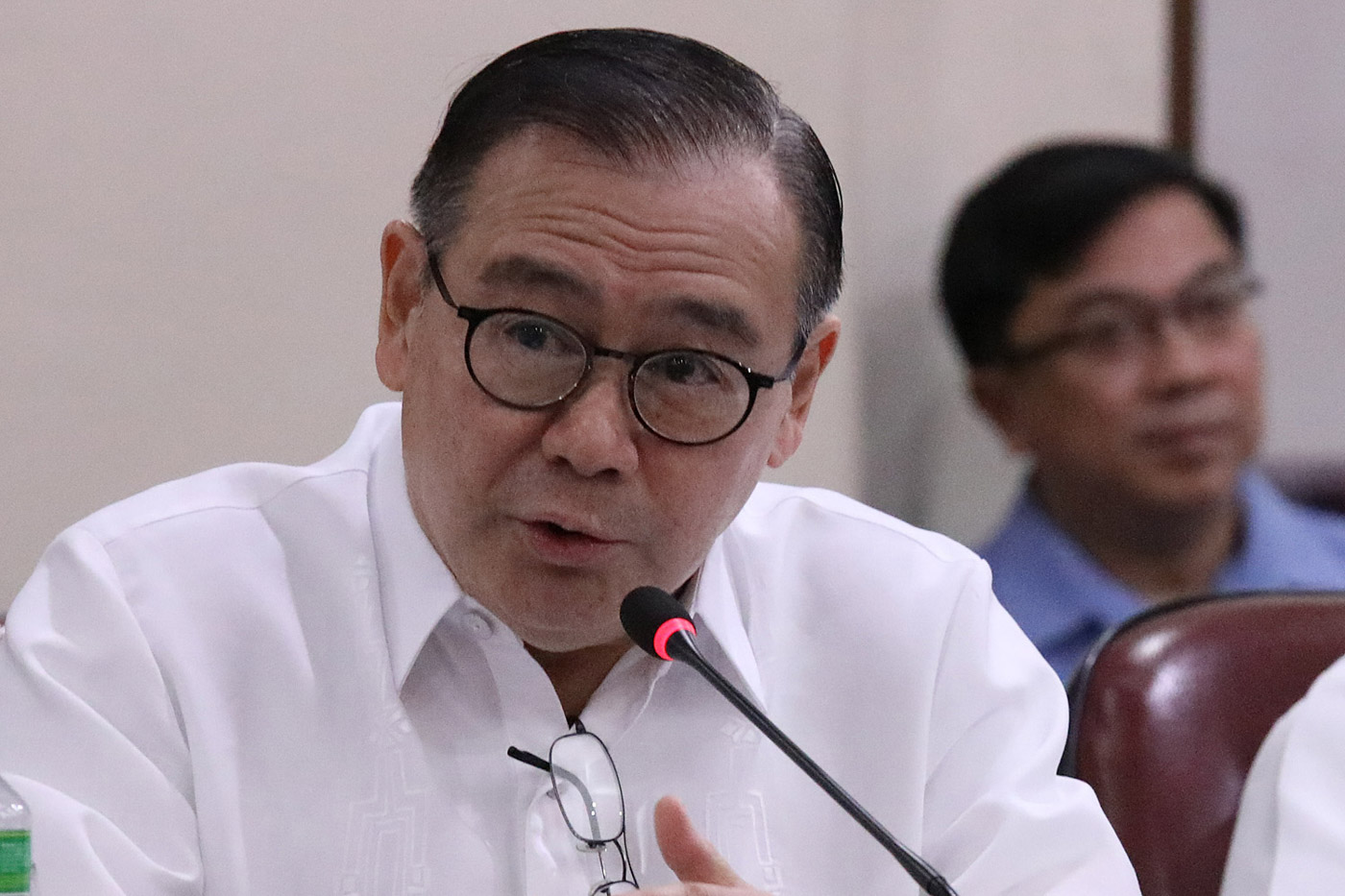 “Why will I do that?” Locsin told Rappler on Wednesday, January 30, when asked if he will have the passport deal investigated.

The deal involves the awarding of an e-passport production contract to APO Production Unit Incorporated, a government printer, in 2015. Former foreign secretary Perfecto Yasay Jr accuses APO of subcontracting to a private firm, United Graphic Expression Corporation (UGEC), “in violation of the law.”

Locsin appeared at the House of Representatives on Wednesday to discuss issues such as those involving passports. His briefing before the House foreign affairs committee was held behind closed doors.

When asked about Yasay’s call for an investigation, Locsin said in an interview after the House briefing, “He should investigate it.”

Locsin said on January 15 that “only a Senate investigation will assure the public that there was no breach or loss of data.” He said that “until then, the department can give no assurances on the safety and security of some data.”

Yasay earlier claimed “some powerful members of Congress intervened” and said there is nothing wrong with the e-passport deal. He pointed out that these “powerful members” also belong to the Commission on Appointments, which ended up rejecting him as foreign secretary in March 2017.

Asked why the DFA is not having this investigated, Locsin said, “We’re waiting for other bodies to do it.”

Locsin also denied he made a mistake in his earlier claims about passport data.

Locsin had tweeted on January 8 that a previous government contractor “took all the data” involving passports when its contract was terminated, only to say on January 15 that there is no runaway of passport data after all.

Asked if he made a mistake when he first tweeted about this issue, Locsin said: “Absolutely not. I never make mistakes. Really. I think Maria Ressa knows that.”

“They said I am misinformed. I said no, I was overinformed,” he added, referring to Yasay saying that Locsin was “misinformed” about the issue.

He pointed out “there were different versions” on why the DFA needed birth certificates for passport renewals, and these reasons included “loss of data.”