Jan 31, 2019 11:18 AM PHT
Paterno Esmaquel II
Facebook Twitter Copy URL
Copied
China claims it will use its artificial islands in the West Philippine Sea for humanitarian purposes, while experts warn that China aims for militarization 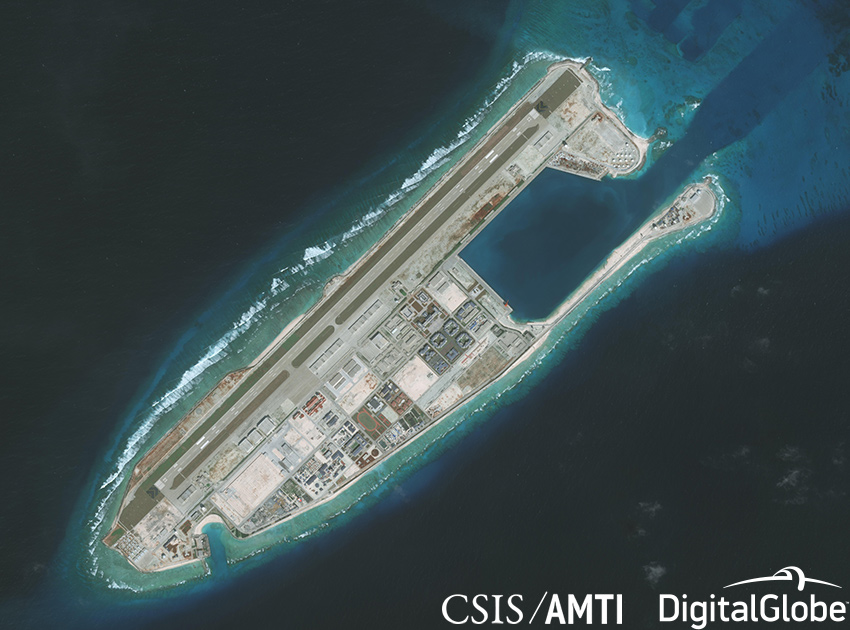 China’s transport ministry said the center “will offer better support to maritime rescue operations in the southern part of the South China Sea,” according to a Xinhua news report on Tuesday, January 29.

China had said it plans to use its artificial islands in the West Philippine Sea for humanitarian purposes, but experts warn that China is militarizing these waters.

Xinhua said that on July 27, 2018, the Chinese transport ministry also sent a rescue ship to Zamora Reef (Subi Reef) in the West Philippine Sea “tasking it with emergency response operations.”

A replacement ship was sent in October of the same year, Xinhua said.

Xinhua said that over the past 6 months, “the two ships have rescued 16 people and two ships in 8 operations.” This reportedly led to the salvaging of 12 million yuan or $1.7 million in property.

The US network CNBC also reported in May 2018 that China has installed missiles in the West Philippine Sea.

The Philippines owns the exclusive rights to explore and exploit the West Philippine Sea based on a July 2016 international ruling, but China refuses to recognize this legal victory at The Hague.

Instead China is pushing for joint development of the West Philippine Sea, which experts warn could be unconstitutional if done under the pretext that China owns the rights over these. – Rappler.com