Jan 31, 2019 12:49 PM PHT
Pia Ranada
Facebook Twitter Copy URL
Copied
Does Malacañang believe China when it says the 'rescue center' will not be used for other purposes? 'We’ll give them the benefit of the doubt,' says Presidential Spokesman Salvador Panelo. 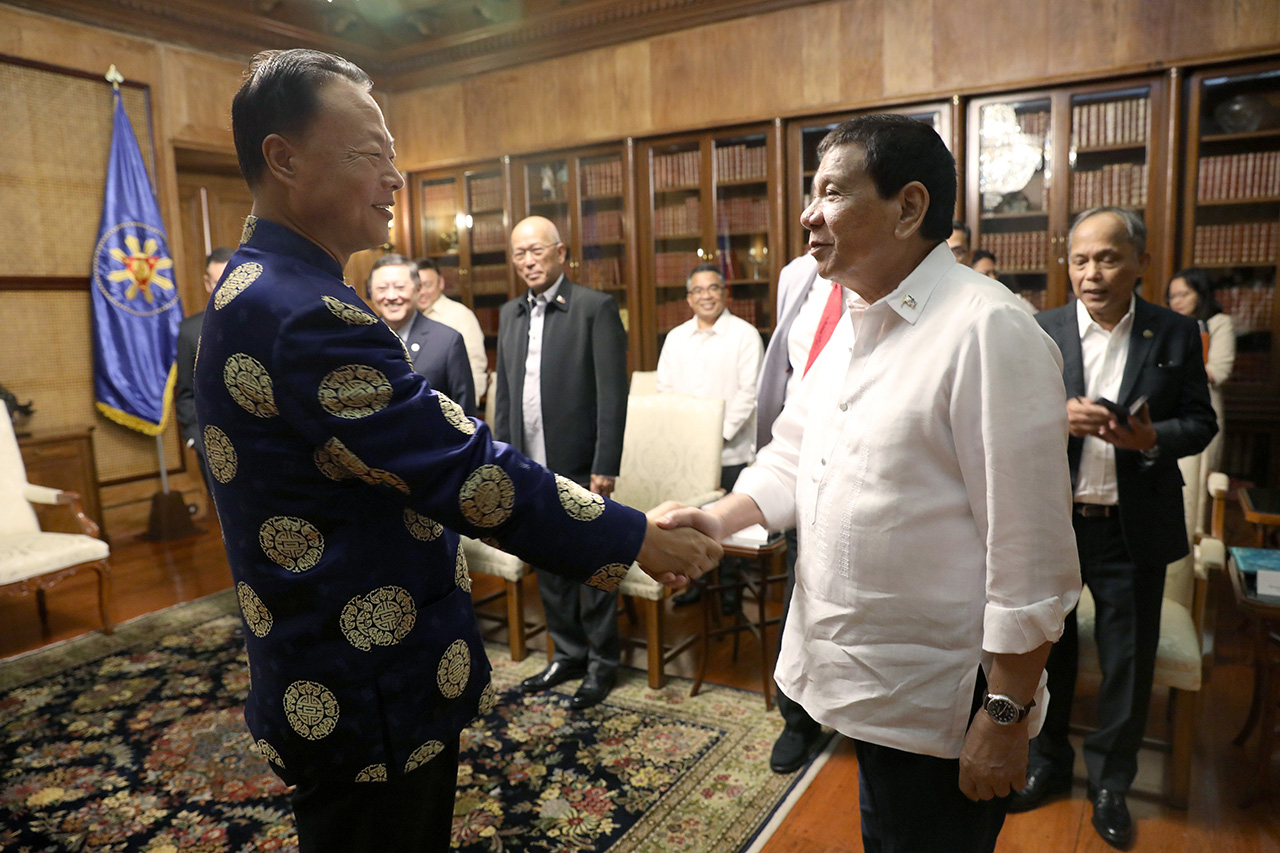 MANILA, Philippines – Perhaps gratitude, not outrage, is due China for putting up a “maritime rescue center” inside the Philippines’ Exclusive Economic Zone.

This was how Malacañang reacted to news that China had constructed what it called a “maritime rescue center” in Kagitingan Reef (Fiery Cross Reef) inside the West Philippine Sea.

“Maybe we should be thankful…That could help seamen in distress, it can help everybody,” said Presidential Spokesman and Chief Presidential Legal Counsel Salvador Panelo on Thursday, January 31.

“I don’t think establishing a distress center is bad….because it will help everybody in distress,” he added.

But Panelo said he is yet to confirm if China got the “permission” of the Philippines to put up the structure.

“Hindi pa natin alam ‘yun (We don’t know that yet),” he said, adding that he would leave it to Foreign Secretary Teddyboy Locsin to take action on the matter.

Does Malacañang believe China when it says the “rescue center” will only be used for that purpose and not to intimidate Filipinos from accessing the area?

“We’ll give them the benefit of the doubt,” said Panelo.

But he added that the Philippines would file a protest if authorities see any evidence that China’s “rescue center” is serving another purpose.

“If they see that what they’re saying is not true…or may tinayo sila na nuclear you know basta kontra doon sa sinasabi nila (or if they put up a nuclear facility, anything contradictory to what they claim), we will certainly take action,” said Duterte’s spokesman.

China had said it plans to use its artificial islands in the West Philippine Sea for humanitarian purposes, but experts warn that China is militarizing these waters.

The Asian giant has started to operate weather stations and install missiles in the West Philippine Sea, where the Philippines has exclusive rights.

Despite this, China is claiming the West Philippine Sea using its 9-dash line. But an international court ruled in 2016 that China’s claim is invalid, scoring a big victory for the Philippines. President Rodrigo Duterte, however, has refused to assert the landmark ruling in favor of warm ties with China. – Rappler.com