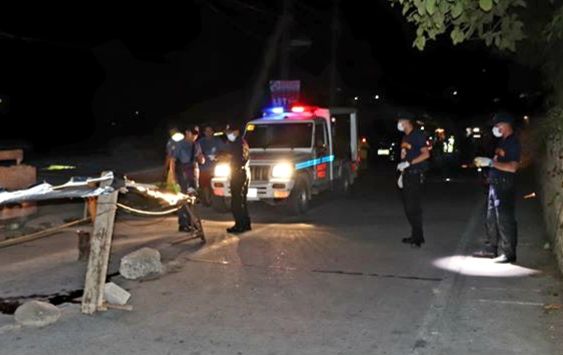 SUBIC, Zambales – A former barangay official was shot by unidentified men while driving his tricycle in Barangay Cawag of this town, late Thursday afternoon, January 31.

Madamba was driving his tricycle along the road of Sitio Cabangaan, Brgy. Cawag with 3 passengers around 5 pm Thursday when suddenly, a blue Toyota Innova with no plate number blocked their path.

The unidentified suspects alighted from their vehicle and fired two shots at Madamba.

Madamba’s passengers, on the other hand, ran for cover and were unharmed.

After the shooting, the suspects boarded their vehicle and drove towards the town of Castillejos.

Madamba was rushed by a member of the Subic Public Order Safety Office (SPOSO) to the Baypointe Hospital inside the SBMA. He was under observation at the intensive care unit as of this writing.

Police conducted follow up and dragnet operations for possible identification and apprehension of the suspects.

However, they were still clueless as to what was the motive behind the murder attempt of Madamba. – Rappler.com