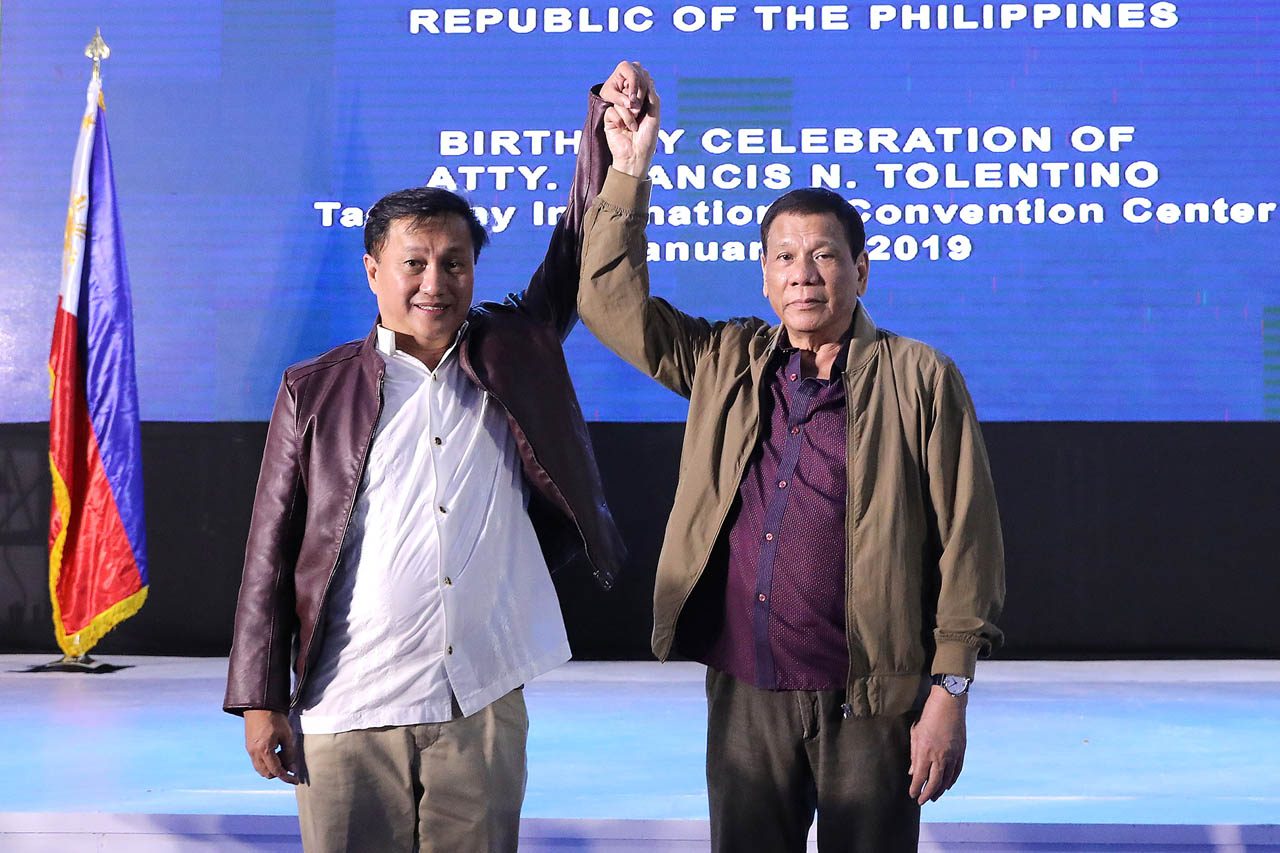 In a motion dated January 3, 2018, he told the Senate Electoral Tribunal (SET) that this was a practical move on his part, given that he is running for senator again in May 2019, and therefore his “undivided attention [for the campaign] is indispensable.”

In the 2016 elections, De Lima won the 12th slot or last for senator, while Tolentino ranked 13th. De Lima won over him by 1.33 million votes, but he contested the results.

He has also filed a motion to suspend proceedings of his electoral protest against Senator Leila de Lima, but the SET denied that motion on November 22, 2018.

Toletino told the tribunal he has decided it best “to voluntarily withdraw his protest but without prejudice to his rights pertaining to the Motion for the Return of Payments which is yet to be resolved by this Honorable Tribunal and the return of any excess deposit made.”

Tolentino is running for senator under the banner of the President Rodrigo Duterte’s PDP-Laban party. He is also being carried by presidential daughter Sara Duterte’s regional party, Hugpong ng Pagbabago. – Rappler.com