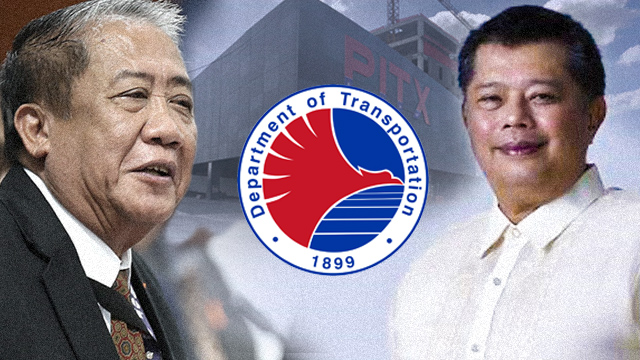 MANILA, Philippines – The Department of Transportation reiterated the need for all public utility vehicles (PUVs) to pass by the Parañaque Integrated Terminal Exchange (PITX) to “facilitate transfer of passengers” during commute.

Responding to Cavite Governor Jesus Crispin “Boying” Remulla’s proposal, DOTr said in a statement sent to Rappler that several PUVs continue to avoid passing by PITX, despite the policy ordering all PUV drivers to do so.

“As observed, most of the provincial bus operators who oppose the [Department Order] are still loading and unloading in Lawton and Pasay  areas, resulting to inadequate [Public Utility Buses] for commuters utilizing the PITX especially during afternoon and evening rush hours,” DOTr said.

Many Caviteño commuters slammed DOTr for the operational inefficiencies at PITX – the lack of rides in the terminal and additional travel time and transportation fare.

DOTr said less buses will pass by PITX if Remulla’s proposal allowing them to end their route at their Metro Manila terminals will be followed.

“It will be difficult to enforce the DO as the abovementioned provincial buses who are dropping passengers in Lawton and Pasay will definitely pick up passengers along their way back to the provinces,” DOTr said.

Commuters will not be assured of a designated seat or a ride home if so, DOTr said. Thus, “Task Force PITX,” headed by the Inter-Agency Council for Traffic (i-ACT), was created specifically to require buses to use PITX.

Under Department Order 2018-25, all provincial buses must end their routes at PITX, while city buses of the Greater Metro Manila Area are allowed to end their trips at their own terminals. (READ: Lahat ba ng bus kailangang dumaan sa PITX?)

The transportation department also pointed out that they have opened franchise applications for UV Express units to ferry passengers from Cavite to PITX, in a bid to stop colorum operations.

“The DOTr and its attached agencies continue to listen to concerns that will ultimately result in a better terminal for Filipinos,” it said.

Currently, there are 5 buses that offers free shuttle services to and from PITX. DOTr said these were from the Metropolitan Manila Development Authority and the Philippine Coast Guard.

DOTr said that PITX will also be offering free rides through 6 shuttle buses plying the route PITX to Lawtwon, Pasay, and Baclaran. This was done in partnership with the Megawide Corporate Foundation and the Chamber of International Senate Philippines.

Once the LRT1 Cavite extension is already operational, DOTr said a station will also be linked to PITX.

“With this, colorum operations, which characterized most of Cavite transportation for years, may already be legitimized, provided that they apply for franchises on the recently opened routes,” DOTr said.

To further improve routes, DOTr said local public transport route plan has yet to be submitted by the provincial government of Cavite and its local government units.

The modern terminal is still on partial operations. – Rappler.com