2 killed, P1.9 billion worth of ‘shabu’ seized in Cavite 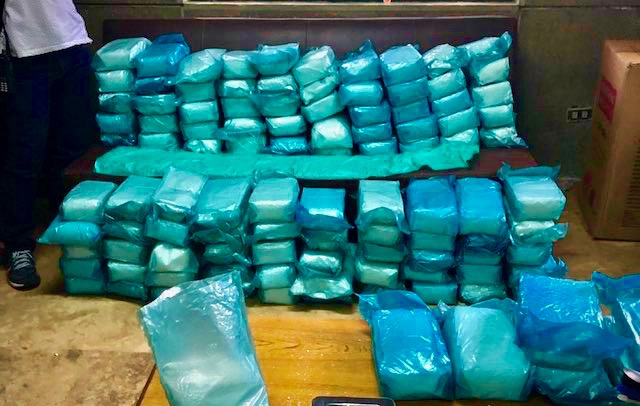 The raid, led by PDEA agents from Metro Manila and Calabarzon, took place around 3:50 pm in a warehouse located along Soriano Highway in Barangay Amaya 1.

The raid turned bloody when the law enforcers found themselves in an encounter with suspects believed to be Chinese. By the end of the shootout, two suspects were dead.

The authorities also found 274 kilograms of crystalline substances suspected to be methamphetamine (shabu) worth P1.9 billion.

The kilos of suspected shabu were found packed tightly in blue plastic bags and stacked by the walls of the warehouse. As of posting time, PNP and PDEA crime laboratories were conducting tests to verify if the substances are indeed shabu.

The raid comes months after the PDEA and the PNP found empty magnetic lifters in the nearby town of General Mariano Alvarez, Cavite. Authorities believe the magnetic lifters had been packed with shabu worth up to P11 billion. – Rappler.com