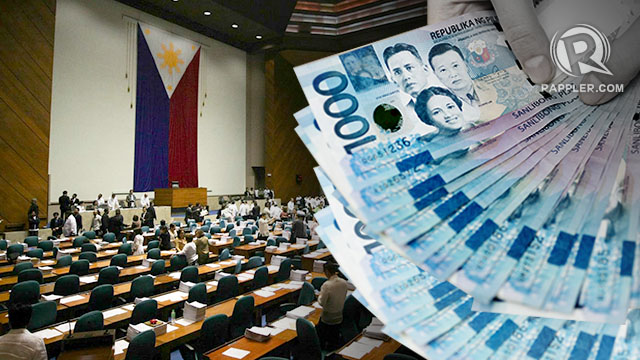 MANILA, Philippines – Malacañang does not approve of the House of Representatives’ new rules restricting access to lawmakers’ Statement of Assets, Liabilities, and Net Worth (SALN), a critical document used to prevent or spot graft and corruption.

Presidential Spokesperson Salvador Panelo said such restrictions may even be a violation of the 1987 Constitution.

“Our feeling is that any additional burden to get the SALN may be a transgression of the Constitution because the Constitution provides that SALNs should be given to the public,” said Panelo on Monday, February 4, during a press conference.

He reminded the lower chamber of the “constitutional provision on accountability of public officials” and voiced hope they would reconsider the rules.

“That is why we are saying we hope the House deliberates more on this because it may be running the risk of being questioned later on,” Panelo said.

However, he said the Palace cannot compel the House to change its rules.

The new House rules state that any request from a citizen for a lawmaker’s SALN must have the final approval of the House plenary.

A requesting party will also be required to sign the sworn undertaking and declaration portion of the SALN request form, which lists specific ways the information in the SALN may or may not be used.

Malacañang, said Panelo, has tried to level up its transparency, largely through President Rodrigo Duterte’s executive order on freedom of information in which all government entities must institutionalize processes allowing citizens to request for and receive documents.

The SALN shows how much money or how many properties public officials own, as well as their debts and loans. (READ: Duterte’s SALN for 2017 shows net worth of P28.5M)

The Constitution requires officials to submit their SALN every year. SALNs are a way for entities like the Ombudsman or media organizations to look for red flags indicating graft and corruption – understated figures, an extravagant lifestyle that does not match with declared assets, or inaccuracies, for instance.

The Code of Conduct and Ethical Standards for Public Officials and Employees (Republic Act No. 6713) states that a SALN must be available to the public. (READ: Robredo slams tighter House SALN access: ‘Why hide?’) – Rappler.com