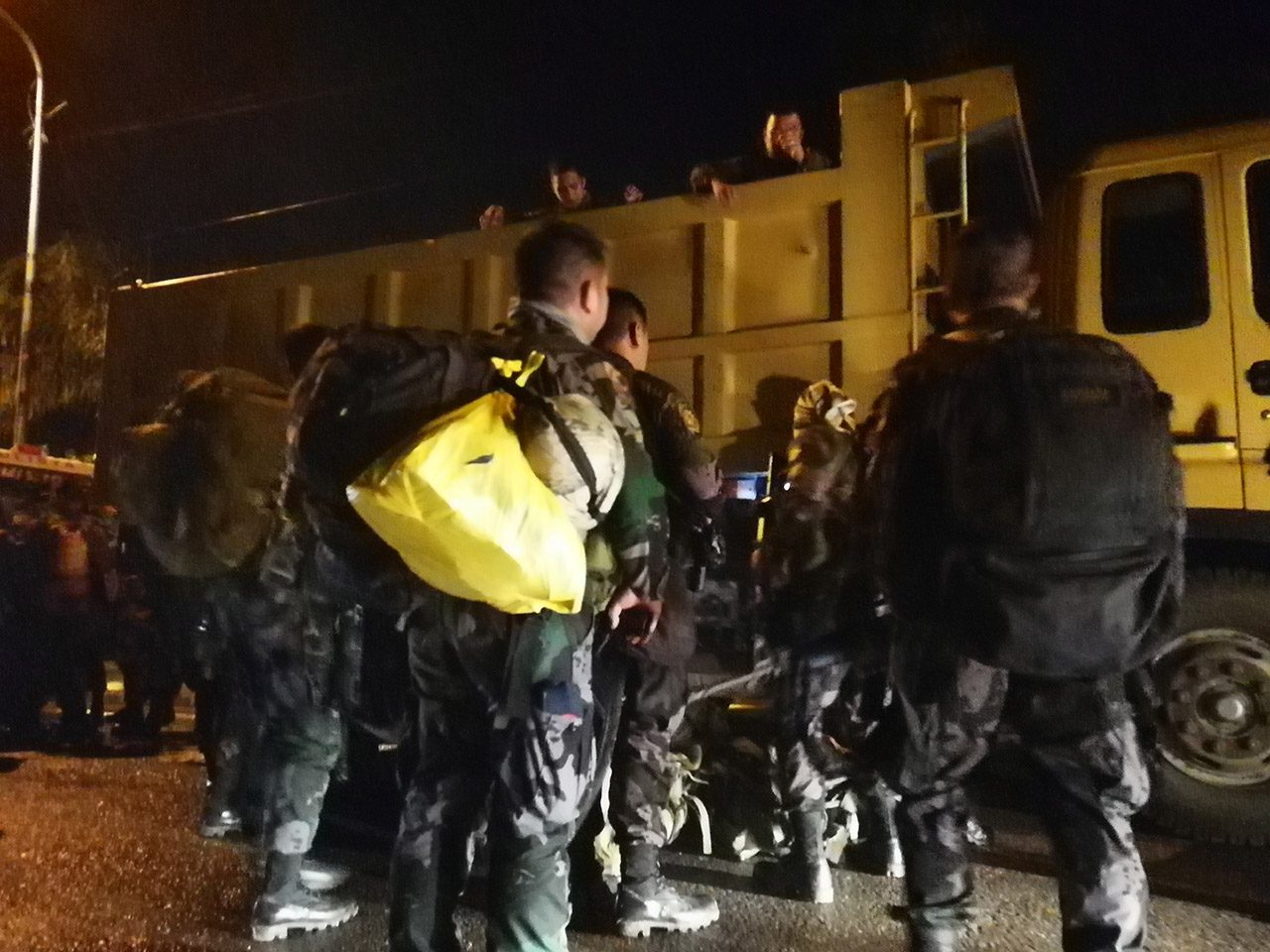 LANAO DEL NORTE, Philippines – The government has deployed more than 2,000 soldiers and policemen to augment the security forces in this province in time for the second leg of the Bangsamoro plebiscite on Wednesday, February 6.

The deployment includes dedicated counter-terrorism units and cops from as far as Caraga and Central Visayas regions.

On Wednesday, voters in Lanao del Norte will decide through the ballot whether they would allow 6 municipalities – Tagoloan, Balo-i, Pantar, Munai, Nunungan, and Tangcal – to become part of the Bangsamoro Autonomous Region for Muslim Mindanao (BARMM).

The BARMM will be created by virtue of the Bangsamoro Basic Law, which the 4 provinces in the current Muslim autonomous region ratified on January 21. (It was rejected by the 5th province, Sulu, but the region’s majority vote prevailed.)

On February 6, North Cotabato will also vote on whether to allow 20 barangays or villages to join the BARMM.

For the concerned localities to become part of BARMM, their mother provinces have to vote “yes” as well. Without the double majority, these Muslim-dominated localities cannot join the new Bangsamoro region.

Northern Mindanao police spokesperson Surki Sereñas said the size of the deployed forces is unusual, as they don’t want to leave anything to chance.

Last week, Abdullah Macapaar alias Commander Bravo of the MILF’s Northwestern Mindanao Front command said that a “no” vote could result to violence, since young Moro residents might feel their rights to join a region they want are being denied.

Aduca said that Macapaar’s statement was written by a political writer, that was why it had a political tone.

“When Commander Bravo speaks in Tagalog, it is prone to misinterpretation, he is emotional,” Aduca said.

During Monday’s command conference, security officials downplayed the scenario that a “no” vote could spark violence. The security  briefing showed, however, that Barangay Mucas in Kolambugan, Barangay Maranding in Lala, Tubod, Baroy, and Kapatagan are prone to bombing.

The municipalities of Munai, Kauswagan, Kolambugan, Maigo, and Pantao Ragat are areas of concern too.

Lanao del Norte Governor Imelda Dimaporo said their apprehensions come from the presence of Mthe ILF in the coastal communities.

Citing reports from municipal social welfare officers, Dimaporo claimed some families had evacuated their homes for fear of conflict during the plebiscite. They have gone to the cities of Tangub, Ozamiz, and Cagayan de Oro.

Dimaporo is hoping it will be a peaceful election: “Whatever the result of this plebiscite [will determine] our future here in Lanao del Norte…. What is important is that it is peaceful, let the people have the democracy to vote, that’s what they (Abdullah Dimaporo and Macapaar) agreed on, that’s their agreement, so I hope they will stick to their words.” – Rappler.com