Feb 6, 2019 12:30 PM PHT
Camille Elemia
Facebook Twitter Copy URL
Copied
But there is still a chance for the bill's approval because the 17th Congress is set to resume one last time from May 20 to June 7 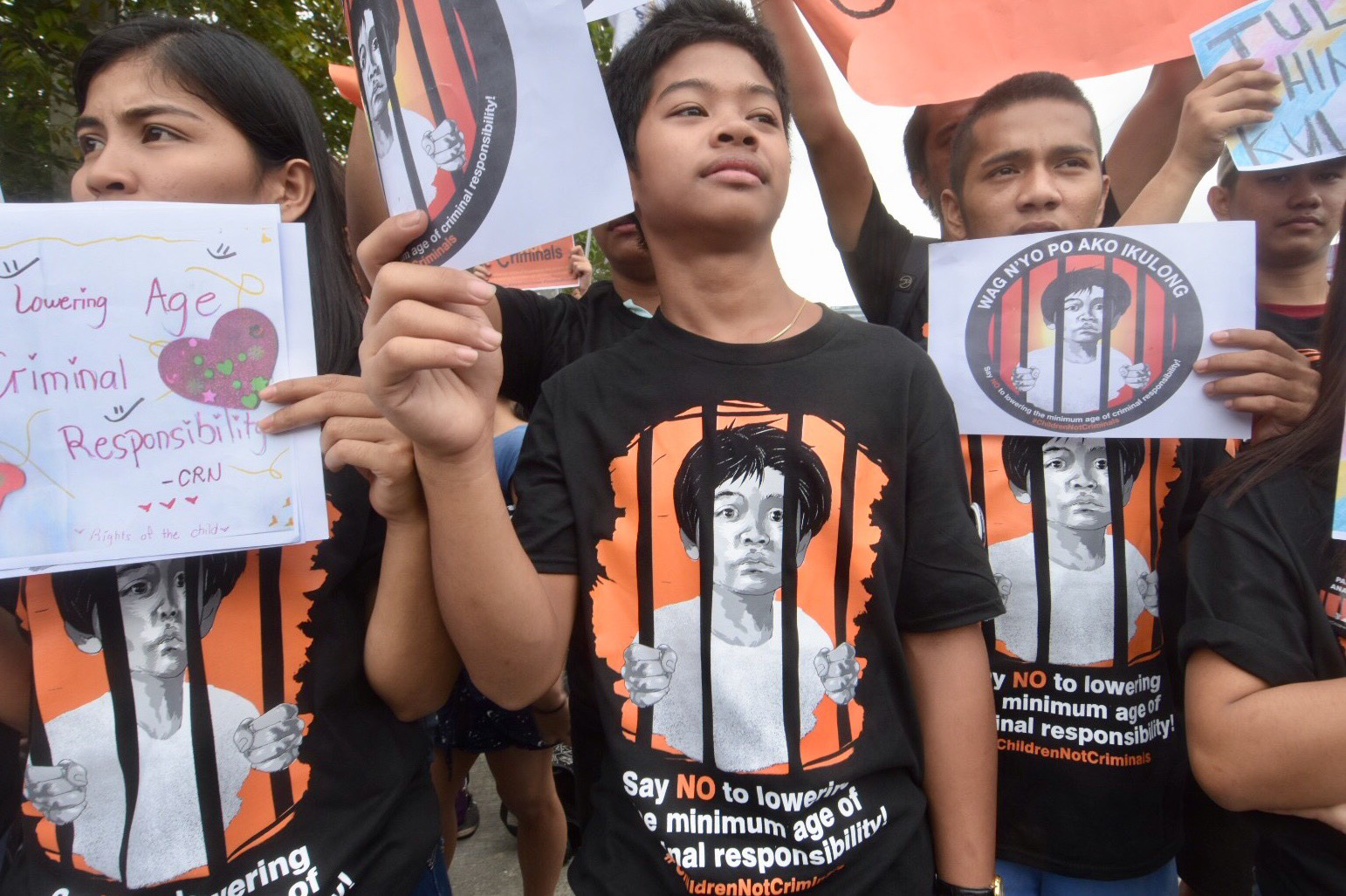 MANILA, Philippines – With no more time left, the 17th Congress would not be able to pass the controversial bill lowering the minimum age of criminal liability before the May 2019 elections. (READ: Beyond juvenile delinquency: Why children break the law)

Session ends on Friday, February 8. Congress will then go on break from February 9 to May 19 for the midterm polls.

The House of Representatives already approved the bill lowering the age from the current 15 years old to 12. The counterpart bill in the Senate, however, is still pending. (READ: Highlights of House bill lowering criminal liability age to 12)

Even if the bill gets approved on 2nd reading this week, it could not be passed on 3rd and final reading before the adjournment, owing to the 3-day rule between 2nd and 3rd readings of bills.

On top of this, the Senate is busy with rushing the approval of the proposed 2019 budget.

This, however, does not mean that Congress would altogether fail to pass the measure – backed by President Rodrigo Duterte – within the 17th Congress. There is still a chance of approval because the House and the Senate are set to resume briefly after the midterm elections, from May 20 to June 7.

Gordon earlier said he was eyeing the passage of the measure by June.

“After elections. There are still debates,” Senate President Vicente Sotto III said in Filipino in a text message.

Senate Bill 2198, under Committee Report 622, proposes to lower the age to 12 years old. The report was signed by 11 senators, but some of them plan to interpellate and introduce amendments.

Under the bill, a child above 12 years but below 18 would be exempt from liability and subjected to an intervention program, unless the child has acted with discernment, in which case, he or she would be subjected to the appropriate proceedings.

Children below 12 would be exempt from liability but would be subjected to intervention programs.

The bill also seeks to penalize adults, including parents, who exploit children into committing crimes.

It also states that parents of children who commit serious crimes shall be imprisoned from a minimum of 6 months and one day to a maximum of 6 years.

Psychologists, pro-child groups, and social workers oppose lowering the minimum age of liability, saying that a child’s brain has not yet fully developed at adolescence, and that the problem is the law’s implementation. (READ: Children in conflict with the law: Cracks in Juvenile Justice Act)

According to Pulse Asia and Social Weather Stations surveys in 2017 and 2018, respectively, majority of Filipinos reject a lower minimum age of criminal liability. – Rappler.com