Feb 6, 2019 5:19 PM PHT
Aika Rey
Facebook Twitter Copy URL
Copied
Labor groups slam the National Voluntary Regularization Plan to be inked by DOLE and employers as a 'grand scheme' to foil the passage of the security of tenure bill 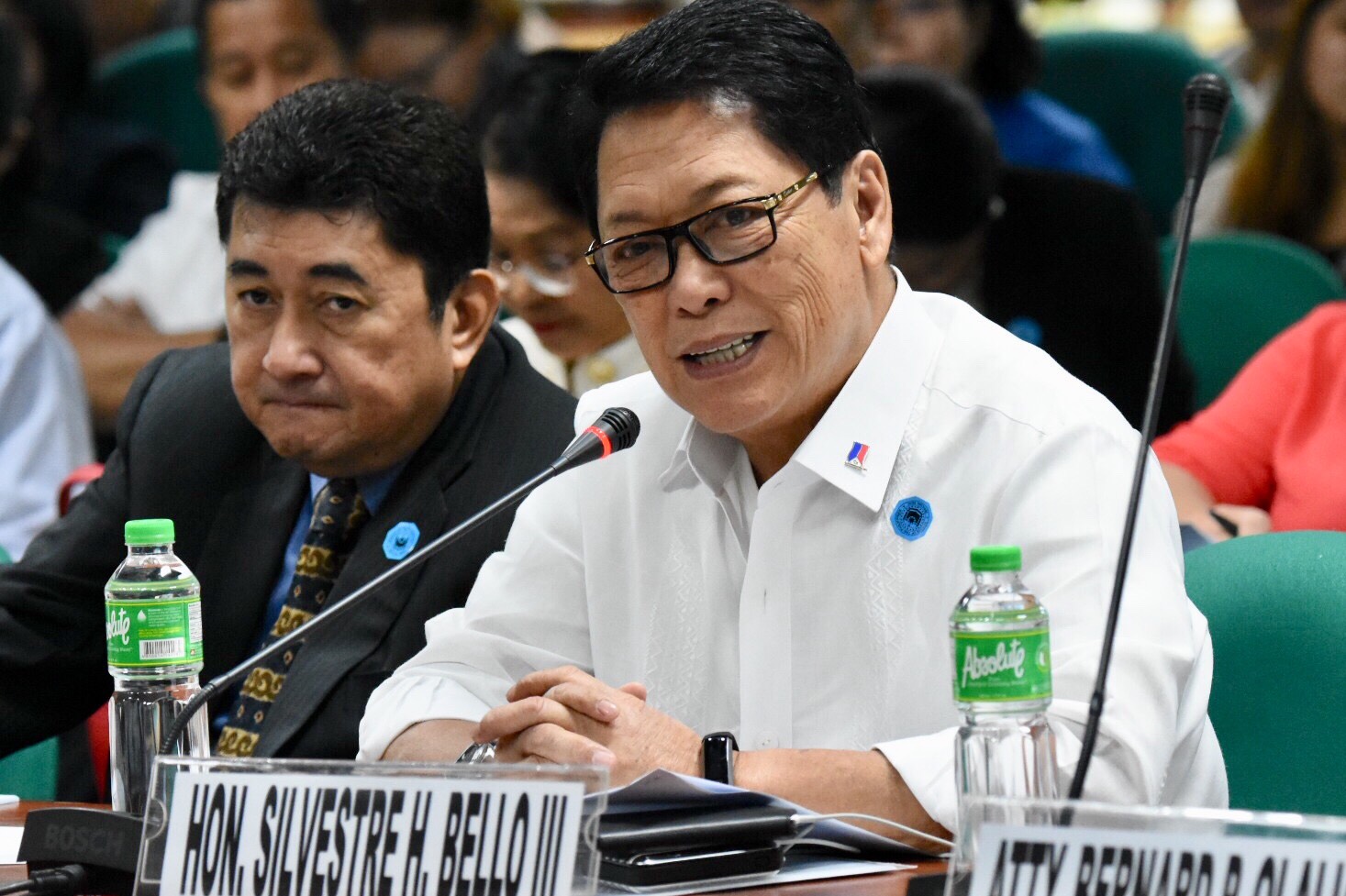 MANILA, Philippines – Labor Secretary Silvestre Bello III said on Wednesday, February 6, that over 220,000 workers will have permanent positions under an agreement to be signed between the Employers Confederation of the Philippines (ECOP)  and the Department of Labor and Employment (DOLE) this week.

In a press briefing on Wednesday, Bello announced that 3,200 establishments nationwide, mostly ECOP members, will implement the 3-year National Voluntary Regularization Plan – an agreement that DOLE and ECOP are set to sign this week.

“We are confident that this agreement will set the stage for the massive regularization of workers to be voluntarily initiated by the rest of the employers nationwide,” the labor chief said.

“We consider this agreement a breakthrough in the campaign of the government to reduce if not eliminate the practice of contractualization in the country,” he added.

Bello said an initial 30% to 40% of the workers in pre-identified establishments “will benefit from the plan.”

He added that the DOLE will declare a moratorium on labor inspection for these companies within the 3-year program period, “except when there is a complaint lodged against them.”

Labor groups slammed the agreement, saying it would “undermine” the passage of the long-awaited security of tenure (SOT) bill.

“It is a grand scheme to create the illusion of addressing the prevalent problem of contractualization. It is designed to undermine the passage of the SOT bill now being deliberated in the Senate,” said Sentro secretary general Josua Mata.

“How can DOLE agree to surrender one of its main instruments in ensuring that labor laws are properly implemented? And all because the employers ‘promised’ to respect the workers’ constitutional right to security of tenure? That’s completely unacceptable!” he added.

“The mere act of signing with employers, behind the back of workers – an equal partner under the principle of tripartism and social dialogue – exposes DOLE’s betrayal of the workers,” Matula said.

Matula asked the senators “not to be swayed” by the regularization program, and reiterated that only a law will solve contractualization.

“We call on our senators not to be swayed by DOLE-ECOP’s fake advertisement. The End Endo ‘end of contract scheme’ bill is about social justice. It’s about decent work and decent life. The DOLE-ECOP MOA is just a PR stunt, perhaps fake news personified, meant to mislead the policymakers,” Matula said.

Senators have only until this week to pass the SOT bill before Congress adjourns. Otherwise, workers will have to wait until May when session resumes to see whether the bill would be approved.

Prior to this, Duterte signed an executive order on contractualization, which labor groups had  slammed as an inutile EO. (READ: TIMELINE: Duterte’s promise to abolish endo)

In his 3rd State of the Nation Address, Duterte acknowledged the limitations of EO 51 and called on Congress to amend the outdated labor code. – Rappler.com